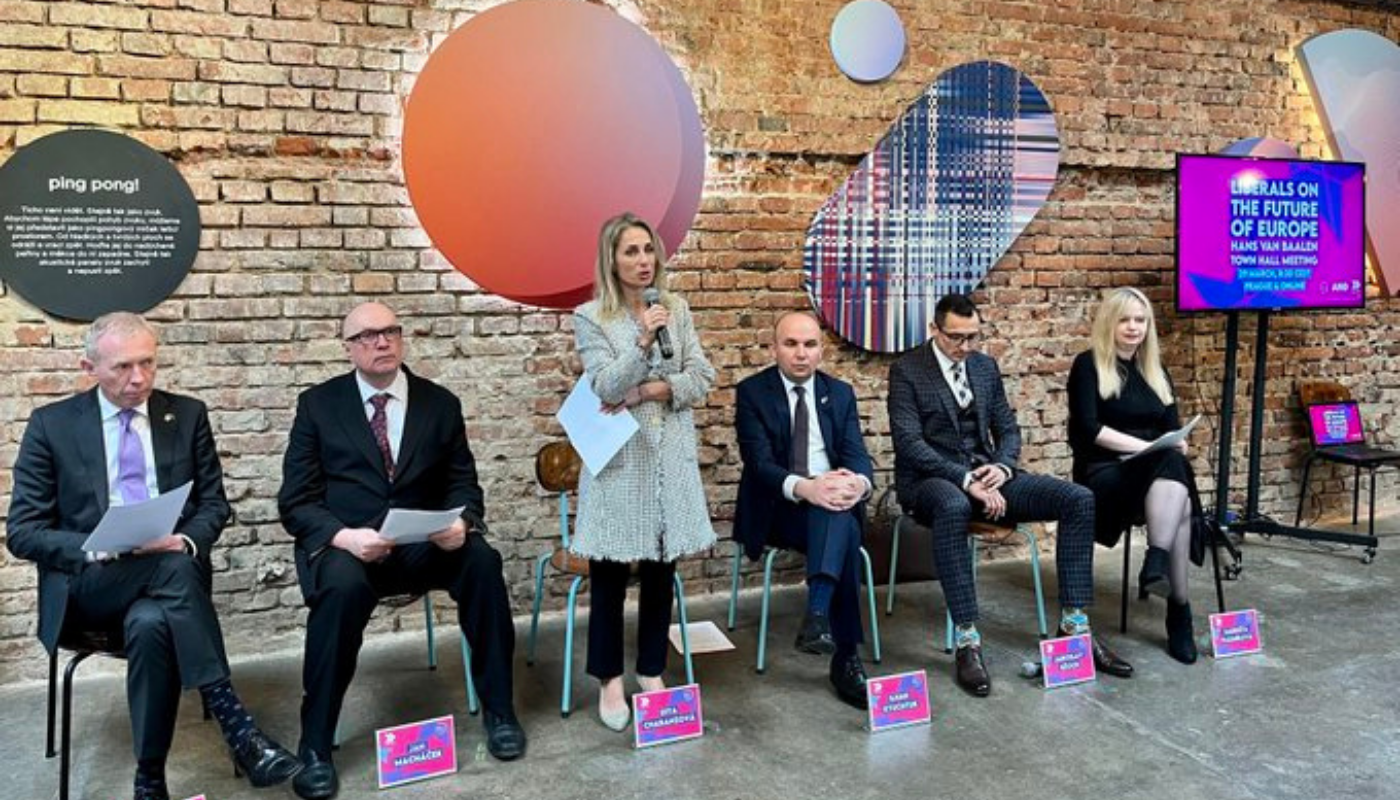 Ilhan Kyuchyuk MEP and Senator Timmy Dooley, ALDE Party acting Co-Presidents and Dita Charanzová, ALDE Party and European Parliament Vice-President were joined by Jaroslav Bžoch, member of the Czech Parliament and member of the COFOE-dedicated plenary and Markéta Plesníková, Young ANO Chair. The event was moderated by Jan Macháček, Chair of the Board of Trustees, Institute for Politics and Society.

Citizens and representatives from across Europe joined the speakers – both in person and online – and shared their ideas, thoughts and questions on the issues related to the future of Europe, including:

Speaking about the Conference and its role to help strengthening security is Europe, Dooley stressed that “there is no freedom without safety. And these two pillars of democracy are never guaranteed as we pass them down to our heirs. We must fight for them. Every generation must renew the fight.”

Kyuchyuk stressed that the EU needs to talk about security and enlargement without taboos and reminded that the Conference is an opportunity to accelerate the EU accession process of the Western Balkans.

“The Western Balkans are geographically part of Europe, but we need them to be also politically. The best way to prove the credibility of the EU, I believe, is with the Western Balkans. We should take them on board”, he added.

Charanzová called for strengthening the security policy at European level, in particular the European pillar within NATO, and for pushing big technology companies to take responsibility on the disinformation and propaganda disseminated by the Russian government in the war with Ukraine.

“What we should do in the EU is consider closer cooperation with NATO. We cannot stop focusing on hybrid threats because part of this war and what is challenging us is also information war, but  also focus on conventional threats” Bžoch added.

Speaking about Ukraine and the accession process, Plesníková remarked that the EU needs to show commitment to Ukraine and have a clear roadmap and strategy, without forgetting that all countries need to follow the internal reforms needed to be part of the Union. Moreover, the war in Ukraine has shown that “we now need to find a new geopolitical role for the EU”.

Since the launch of the Conference on the Future of Europe in 2021, ALDE Party has been playing an active role to bring citizens and national and European representatives together in the development of the Conference. Starting in September, we have been hosting a series of town hall meetings, named after our late President Hans van Baalen, with the aim of listening to citizens’ worries and care-abouts and put their voice in the spotlight. Find out more here.

🔴 LIVE now from Prague 🇨🇿 – join our Town Hall meeting and have your say on the future of Europe! Tune in here ➡️ https://t.co/AFOQSQE34d pic.twitter.com/EDJwGssCga

In #Prague for another Hans van Baalen town hall meeting together with @charanzova, @JaroslavBzoch and friends we've discussed the #CoFoE. I strongly believe that the war in #Ukraine should be a wake-up call for the #EU. 🇪🇺🇨🇿 pic.twitter.com/T8lmn0AIDr

You can watch the whole event below.