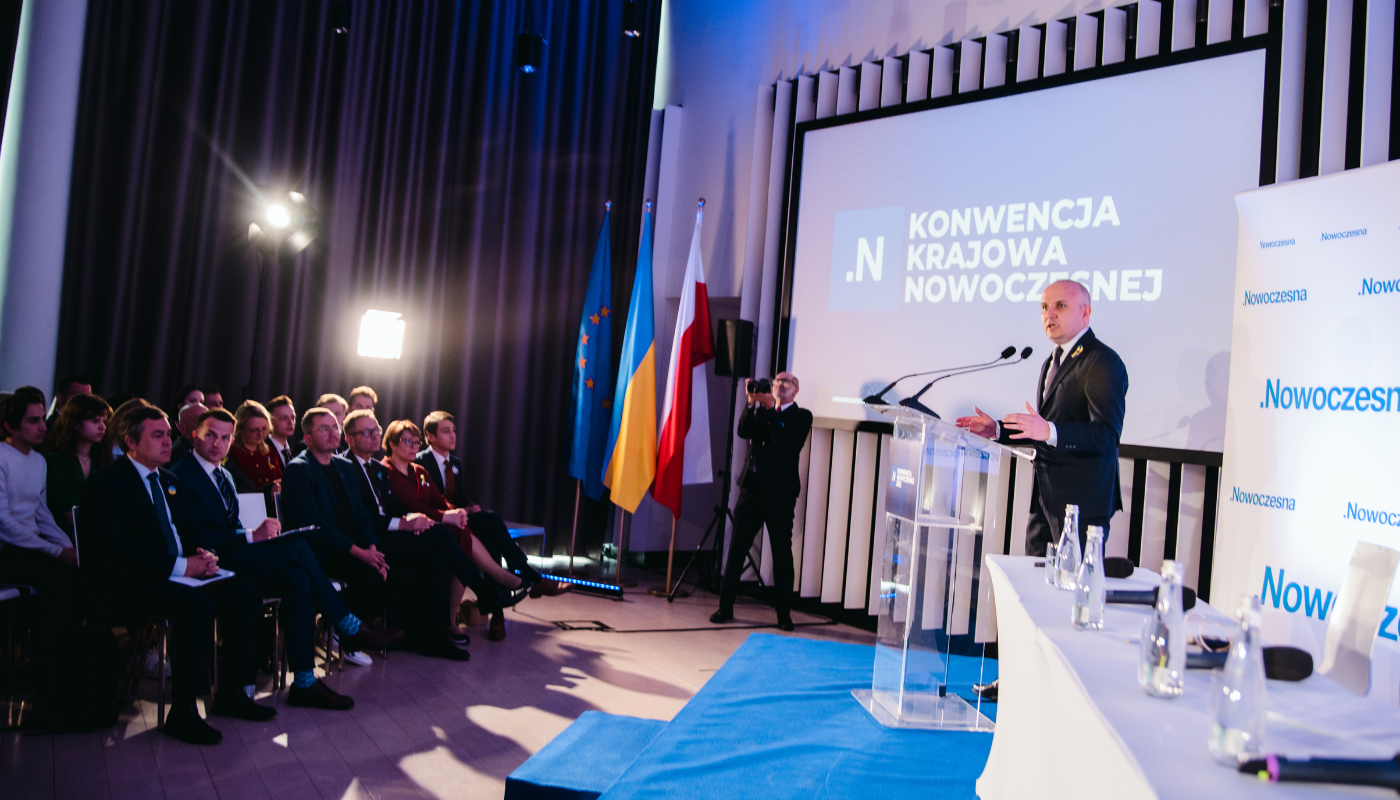 With the support of 174 delegates, Adam Szłapka MP has been re-elected chair of Nowoczesna, ALDE Party member party in Poland, during the Congress the party held in Warsaw on 2 April. His contender Krzysztof Mieszkowski MP has received 24 votes. The Congress was attended by Ilhan Kyuchyuk MEP, ALDE Party acting Co-President.

“We do not miss energy and courage to make the dreams that were at the foundation of Nowoczesna possible. The dream of an impartial and friendly state, an education system up to modern challenges and a responsible economic policy,” said Adam Szłapka in his speech following the re-election.

Szłapka has also supported the adoption of the euro by Poland as a tool of economic stability and geopolitical security.

Nowoczesna has currently 6 Members of the Sejm, the lower house of the Polish Parliament, and is part of the Civic Coalition consisting of the Civic Platform, the Green Party, Inicjatywa Polska and Nowoczesna. The Congress has elected members of the Council of Nowoczesna which will designate the party’s vice-presidents in due course.

Kyuchyuk addressed the Congress delegates thanking Polish citizens for an extraordinary effort in welcoming 1.5 million refugees from Ukraine.  He highlighted the values of freedom and solidarity as the ones defining the pro-European and open Poland,  and vowed to maintain European unity in the face of the Russian invasion of Ukraine and to take a major step towards an EU Defence Union.

Kira Rudik MP, leader of Golos, one of ALDE Party Ukrainian member parties, addressed the Congress from Kiev. Rudik expressed the desire of Ukraine to join the European Union as its strategic choice for the future.

“I will always cherish the support we received from the ALDE Party. We will stand together for better and for worse,” Rudik added.

Today was speaking to @Nowoczesna party in Poland. I am honored to thank our sister party for all the support and protection our people are getting in Poland. ❤️🇺🇦⚡️ pic.twitter.com/jW4uE81OVD

The Congress of Nowoczesna was preceeded by the 6th Hans van Baalen Town Hall meeting on 1 April in which both ALDE Party acting Co-Presidents –  Senator Timmy Dooley and Ilhan Kyuchyuk MEP – participated.