After Bucha, there can be no business as usual 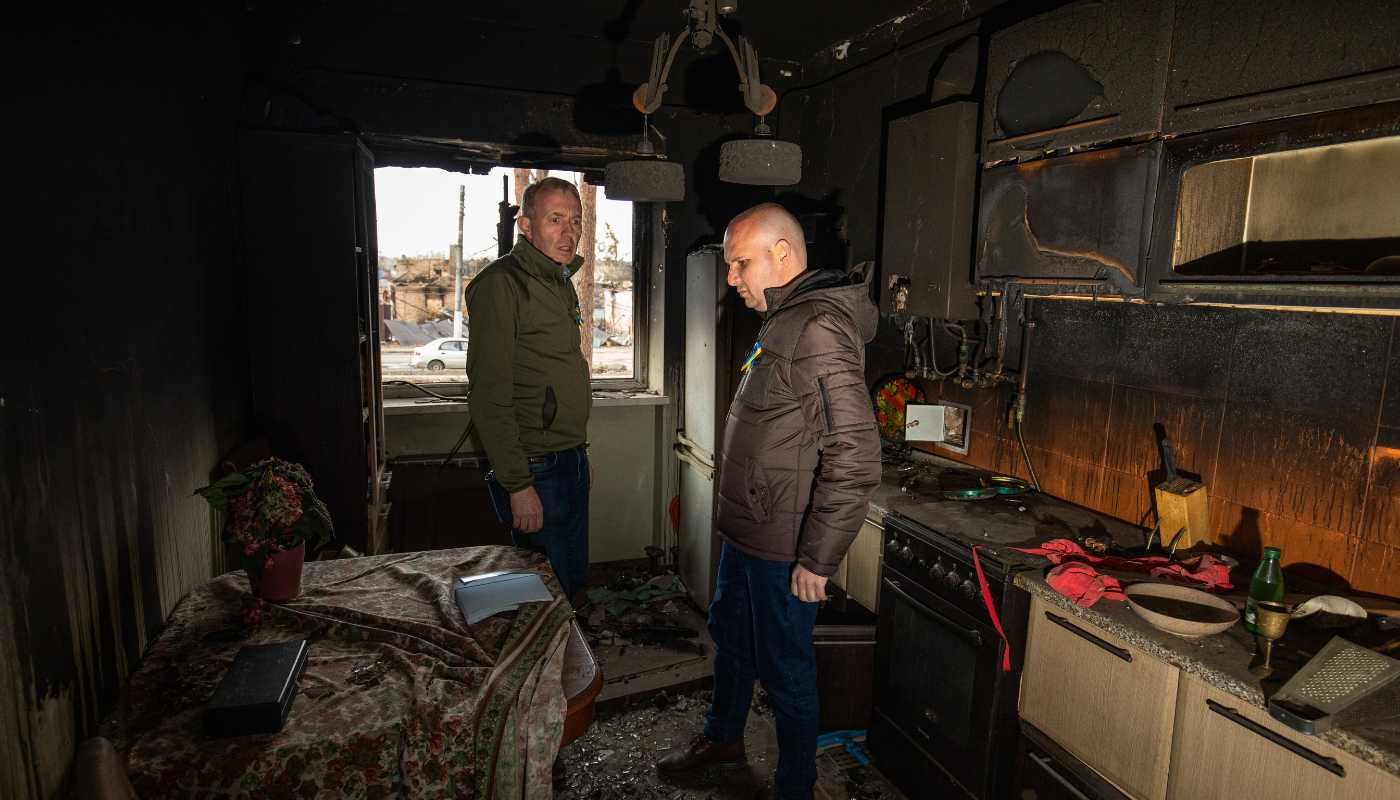 In this op-ed, ALDE Party co-Presidents Ilhan Kyuchyuk MEP and Senator Timmy Dooley give testimony of their mission to Kyiv and its surroundings on 11 April, and encourage Europeans to close the tab to Russia's gas and oil in order to support the victims of Putin's brutal war of aggression.

Air sirens are now such a regular part of daily life in Ukraine that they are numb to its droning tones.

Some Kyivans, in an act of defiance — but also determination — have begun to come back to their homes, coffee shops are re-opening and hairdressers have started to resume. Gone are the days where one could see cars lining up to leave the city.

It is an eerie new-normal that is entering Ukraine's largest city.

But things are anything but normal. Fear, trauma and sorrow are still part of Ukrainians' daily lives.

Like you, we've been following with horror the news since Russian troops began their illegal invasion on 24 February. Like you, we have wanted to do our bit; we have volunteered, we have written messages of hope to our friends, we have raised money for the humanitarian efforts.

But we had not seen the horrors with our own eyes. Last week, we had the opportunity to visit the country and see the situation on the ground for ourselves.

As defeated Russian troops began retreating from the Kyiv Oblast, pushed back by a brave and resilient Ukrainian resistance, the world woke up to the horrors of what had gone on in occupied cities. Once just quiet suburbs of the capital where people lived and commuted into the city, Bucha and Irpin are now names that will be resonate all around the world.

As we arrived, stepping off the battle-worn and still running train into Kyiv central station, we saw people in a state of shock that is difficult to put into words, and yet also a determined resilience not to give up.

We were immediately met off the train by our colleagues and friends, and exchanged the most precious hugs and firmest of handshakes.

But our smiles were soon short-lived. We were taken to a mass grave where dead Ukrainians lay piled up in unmarked black body bags. Investigators were starting the arduous process of excavating and attempting to identify the bodies of their compatriots, even their friends.

Homes were shelled with complete disregard for the civilians who live there. Survivors who spoke to us said Russian soldiers attacked them in their homes, looting them and setting them on fire. We saw streets littered with burnt cars and children's toys.

We saw the burnt remnants of broken lives, livelihoods that have been built up over many years, reduced to ashes.

And these are the horrors that we now know about. What about those we have yet to uncover? It really troubled us thinking of the ongoing atrocities in areas still occupied by Russian troops.

After almost two months since Russia's renewed invasion of Ukraine, Europeans are growing used to seeing the war on our phone screens or TV. But we cannot make the mistakes of the past. We cannot become indifferent to the horrors of war.

Turning off the taps

But European citizens also have to do their part. Yes, our populations are rightfully tired after two years of Covid-19 restrictions and economic uncertainty. Nevertheless, measures that might inconvenience people can no longer be taboo. Nothing must be off the table.

If European citizens turned down their thermostat by just one degree, it would cut our consumption by 10bn cubic metres of natural gas over a year.

That is one month's worth of Russian imports.

Lowering motorway speed limits by 10km would slash fuel use in the developed world by around 15 percent. That would be a substantial hit to the Kremlin's coffers.

Ukrainians are making daily sacrifices that make ours sound like nuisances.

If we are serious about weaning ourselves off of Russian oil and gas, we must consume less energy. There are no magic solutions.

As Putin begins his assault on the Donbas region, we must do whatever it takes to help our Ukrainian allies. Russia has lost the war for our hearts and minds, but it must not be allowed to win the war. We can never go back to business as usual with Vladimir Putin's Russia.

Ukrainians have proven time and time again that they belong in the European Union. Even though the country is at war, they have managed to complete and submit the questionnaire on EU membership in just ten days. We must give Ukraine candidate status now. There must be no excuses.

Kyuchyuk and Dooley visited Ukraine at the invitation of ALDE party members from the Servant of the People's Party (founded by Ukrainian president Volodymyr Zelenskyy), Golos and the European Party of Ukraine.

This opinion piece was originally published in EUobserver, 28 April 2022.