Since its launch last week, almost half a thousand citizens across Europe have shared their messages of support in solidarity with European Commission Vice-President Věra Jourová through the ALDE Party campaign.

Launched following the letter by Hungary’s Viktor Orbán to European Commission President Ursula von der Leyen demanding the resignation of Jourová, a selection of these messages along with a letter by ALDE Party President Hans van Baalen and a statement of solidarity by the European Women’s Academy Advisory Group will be shared with Vice-President Jourová.

“I am writing to you to express the full support of the liberal community following the attacks made by Hungarian Prime Minister Viktor Orbán and his government in the past days. Let me also take this opportunity to call on the European Commission to take strong action, including the implementation of a regime of conditionality, and address the severe deterioration of the rule of law and freedom of speech in Hungary,” van Baalen writes in his letter.

Other liberal leaders have also showed their support to Vice-President Jourová. For example, Leader of ALDE Party member Alliance of Northern Ireland Naomi Long wrote through the campaign:

“Věra Jourová has my full support and that of the Alliance Party in standing against the Orbán regime and defending democracy in Hungary and throughout Europe.”

Read the letter, statement and messages sent to Věra Jourová in full here

Read all messages of support 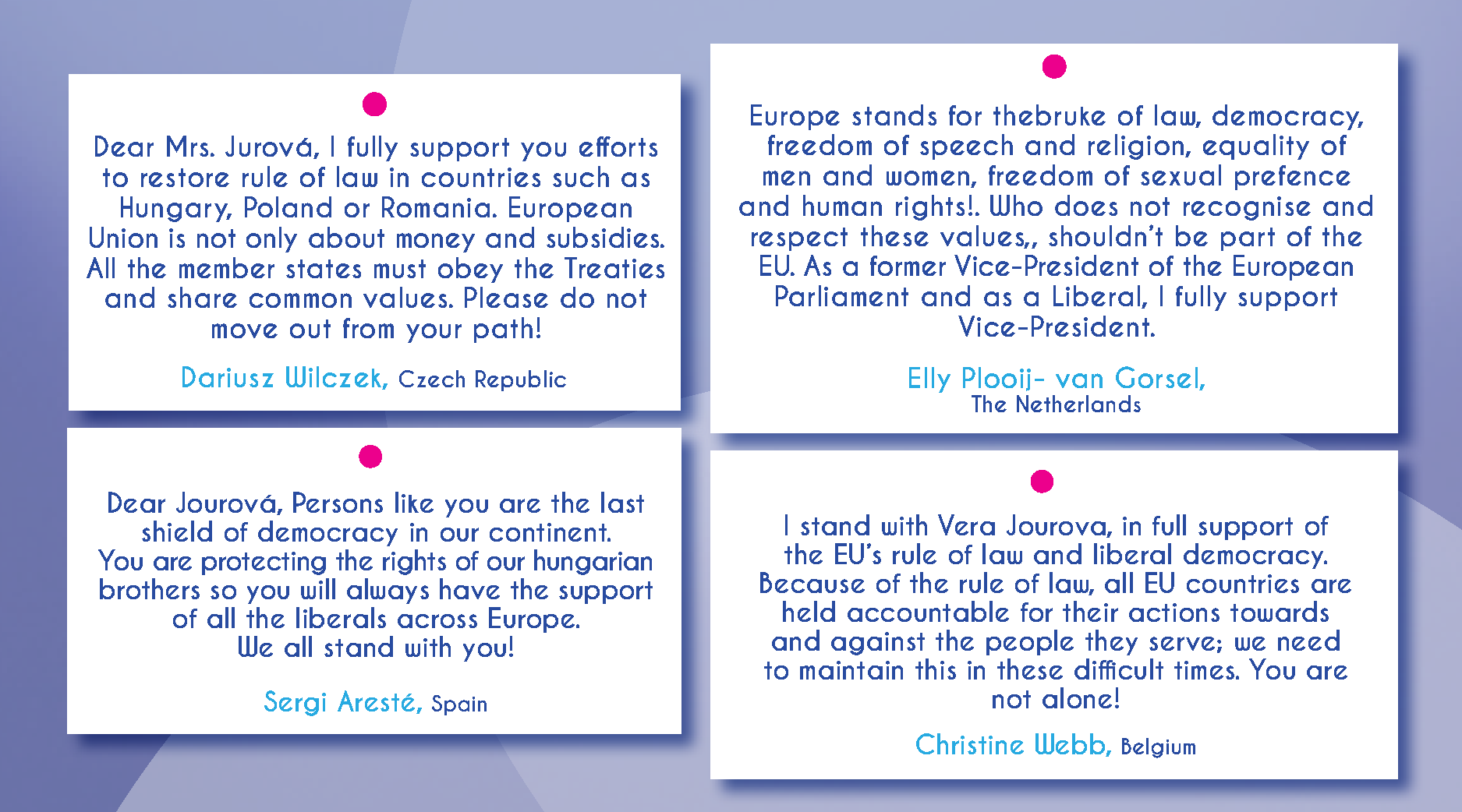