ALDE Party co-Presidents in Ukraine to support our Member Parties 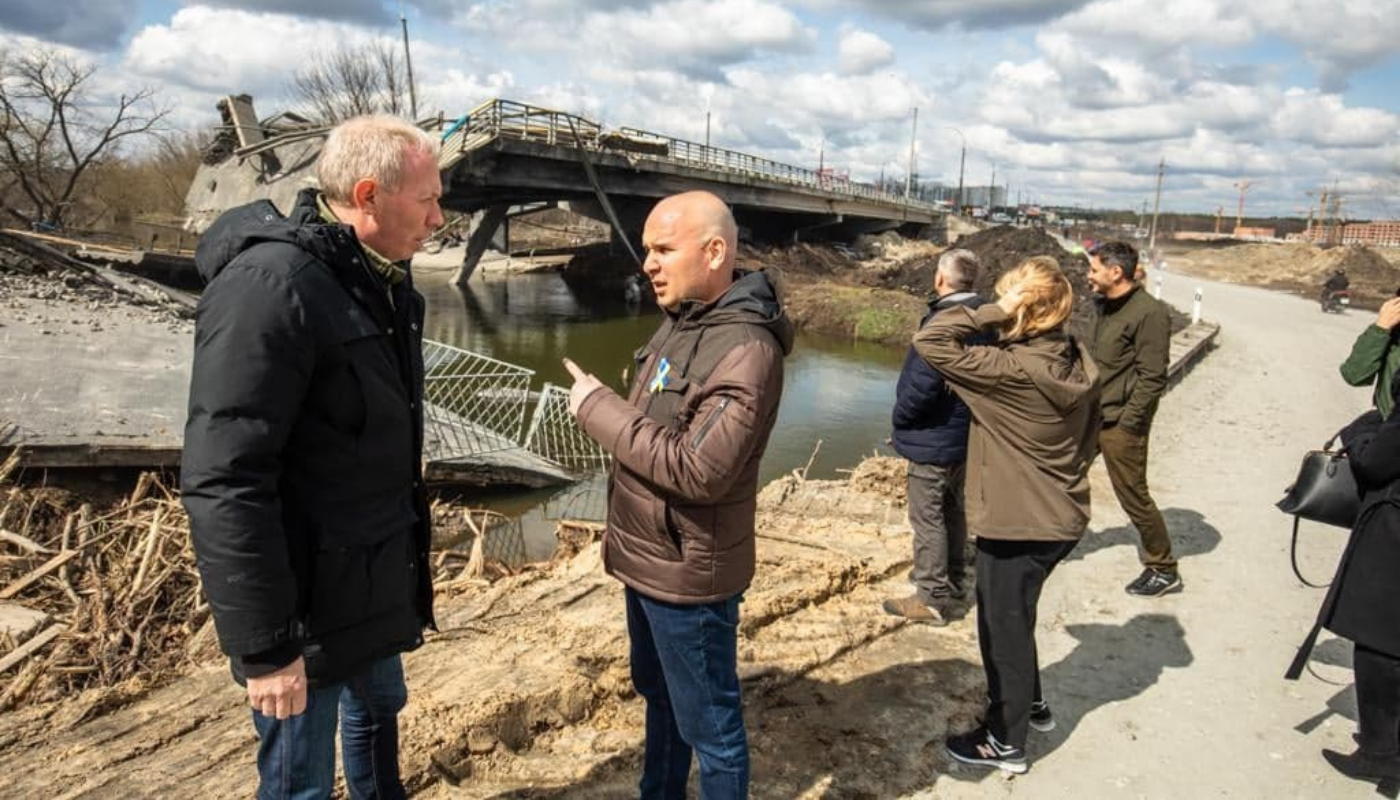 On 11 April, ALDE Party co-Presidents Senator Timmy Dooley and Ilhan Kyuchyuk MEP travelled to the Ukrainian capital, Kyiv, as a sign of support and solidarity with the people of Ukraine against Putin’s brutal war of aggression. They were also joined by Billy Kelleher MEP (Fiánna Fáil, IR).

They held a series of meetings with Ukrainian government officials and members of the ALDE Party, including Ukraine’s Deputy Prime Minister for European and Euro-Atlantic integration Olha Stefanishyna and the Chairman of the Verkhovna Rada (Ukraine’s parliament) Ruslan Stefanchuk.

They also had the opportunity to meet with members of parliament from ALDE Party members Servant of the People (Слуга народу/Sluga Narodu) and Holos, Mariia Mezentseva, Vadym Halaichuk, Inna Sovsun and Kira Rudik, the leader of Holos.

Thank you, @ilhankyuchyuk,@timmydooley, @BillyKelleherEU, for coming to Kyiv & the whole liberal family for standing with us these terrible 47 days.

In Ukraine today, we witness the birth of a new Europe. Here the future of liberal & democratic Europe is to be decided pic.twitter.com/0bmTGjwnes

I will say this for 100000 time: friends in need are the friends indeed. Thank you @ALDEParty for your continued support.

Thank you @ilhankyuchyuk for your ideas and push to get my country what it needs: heavy weapons for the win.#StandWithUkraine pic.twitter.com/7JLP29yjsZ

The delegation also had the opportunity to visit Bucha and Irpin, two towns in the outskirts of Kyiv that were under Russian occupation for several weeks, to get first-hand accounts of the current situation on the ground. You can watch our co-Presidents testimony below and find pictures of the mission here.

Kyuchyuk declared: “We witnessed destruction and death in European cities and towns that we thought belonged to history books. We saw streets littered with burnt civilian vehicles. We cannot idly sit by as war crimes are being committed against the Ukrainian people. We are not powerless. The Ukrainian government are being clear about what it is they need: tougher sanctions on Russian energy and more equipment for their armed forces. Let’s give them what they need.”

This terrible war in #Ukraine must stop now! What I see in #Bucha and #Irpin is devastating. It is unacceptable in the 21st century to witness such crimes against an entire nation that has peacefully chosen freedom and democracy as its civilizational path. #StandWithUkraine 🇺🇦 pic.twitter.com/67efKAVYaJ

Dooley added: “What we saw was burnt-out shells of homes. We saw neighbourhoods completely wiped out, homes shelled and bombed by tanks, by missiles and by rifle fire. We must respond to Putin’s horrific war crimes by maintaining our resolve and ensure that we bring Europe together to respond. This means more sanctions. Nothing can be off the table. The time to act is now.”

Our member parties and liberal leaders have shown solidarity and action since the beginning of the war, from the local and regional levels to the European level as well as on the frontlines in Ukraine. We are united and we stand with Ukraine!

You can read more about our activities here.