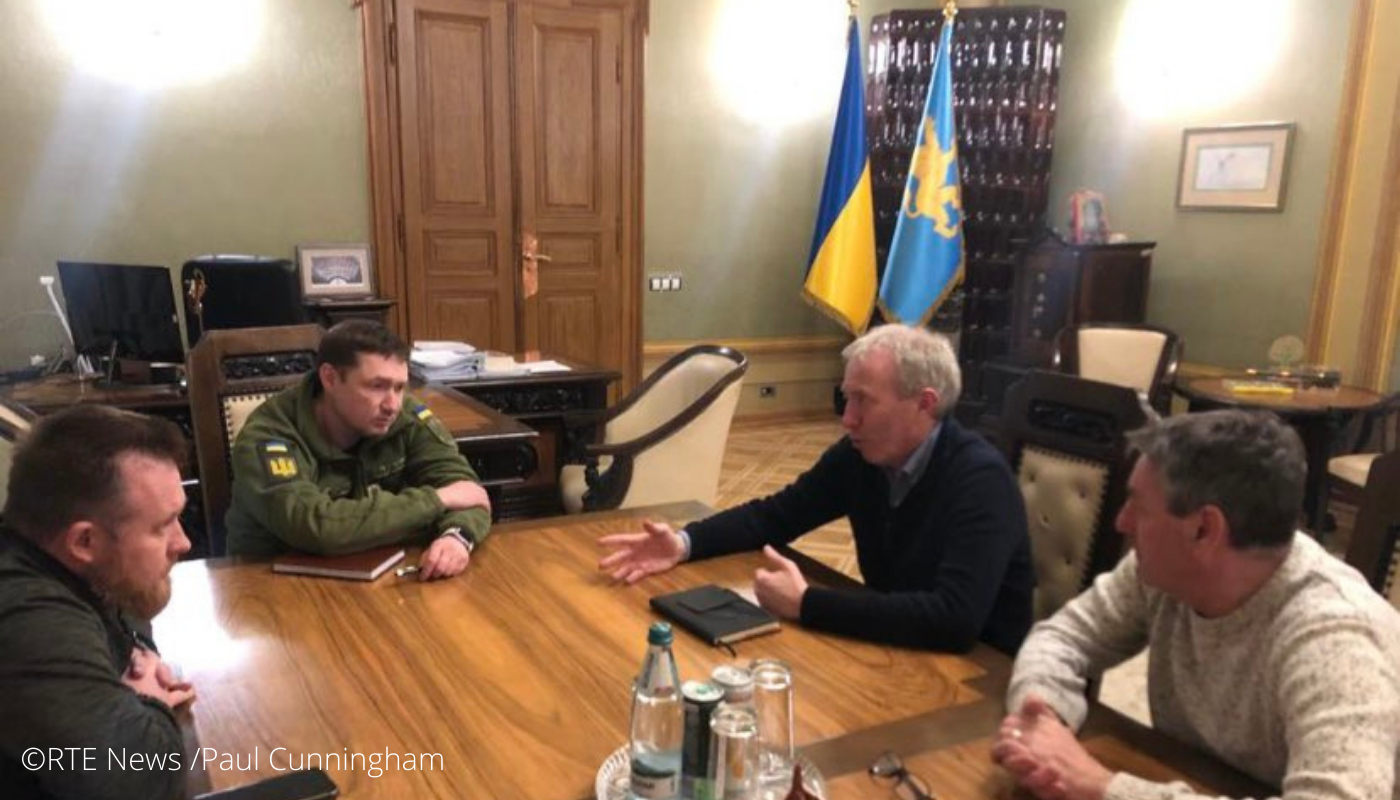 On 5-8 March, ALDE Party acting Co-President Senator Timmy Dooley, together with Billy Kelleher MEP (Fianna Fáil, Ireland) travelled to Ukraine, on the invitation of Sluga Narodu, party founded by Ukraine President Zelenskyy, to meet with political leaders and gather first-hand information on the situation in the country.

During the visit, Dooley and Kelleher held meetings with Andriy Sadovyi, Mayor of Lviv, and the governor of the Lviv region, Maxym Kozytsky. They discussed the unfolding humanitarian crisis in Ukraine and the situation in the border crossings, particularly in the border between Ukraine and Poland. They also spoke with the Deputy Prime Minister of Ukraine Olga Stefanishyna and Ukrainian members of parliament Yuriy Kamelchuk and Maria Mezentseva.

“Yesterday, together with my MEP colleague Billy Kelleher, we travelled to Lviv and met with the city’s Mayor and also the Governor of the Region who renewed their appeal for Europe to implement a no-fly zone, and to provide them with more humanitarian assistance and equipment. They updated us on the situation at the border crossings too, which are not so many and where thousands each day are arriving in the hope of safe passage. They asked if those fleeing the conflict could travel across Polish border more easily and processed once they arrive in Poland,” explained Dooley.

“As we headed back, we saw for ourselves the length of the queues of Ukrainian citizens trying to flee the conflict and enter Poland. We saw easily queues of 20km of cars and queues of more than 5km of people outside of cars trying to enter into Poland. It is a sight I will not soon forget,” he added.

Yesterday, our Acting Co-President @timmydooley travelled to #Ukraine to meet with the Mayor & Regional Governor of Lviv. Hear his updates from the Polish-Ukrainian border ⬇️ #StandWithUkraine pic.twitter.com/5I2YN1HLl5

Travelled to Ukraine yesterday on the invitation of President Zelenskyy’s Party, to see at first had the conditions facing refugees and to report back to EU leaders. pic.twitter.com/dI1RC6cuQH

Senator Timmy Dooley and MEP Billy Kelleher travelled to the Ukrainian city of Lviv today to meet local political leaders. They said they were told that more help from Europe was needed, including helmets and bulletproof jackets https://t.co/EO3r6knAUf