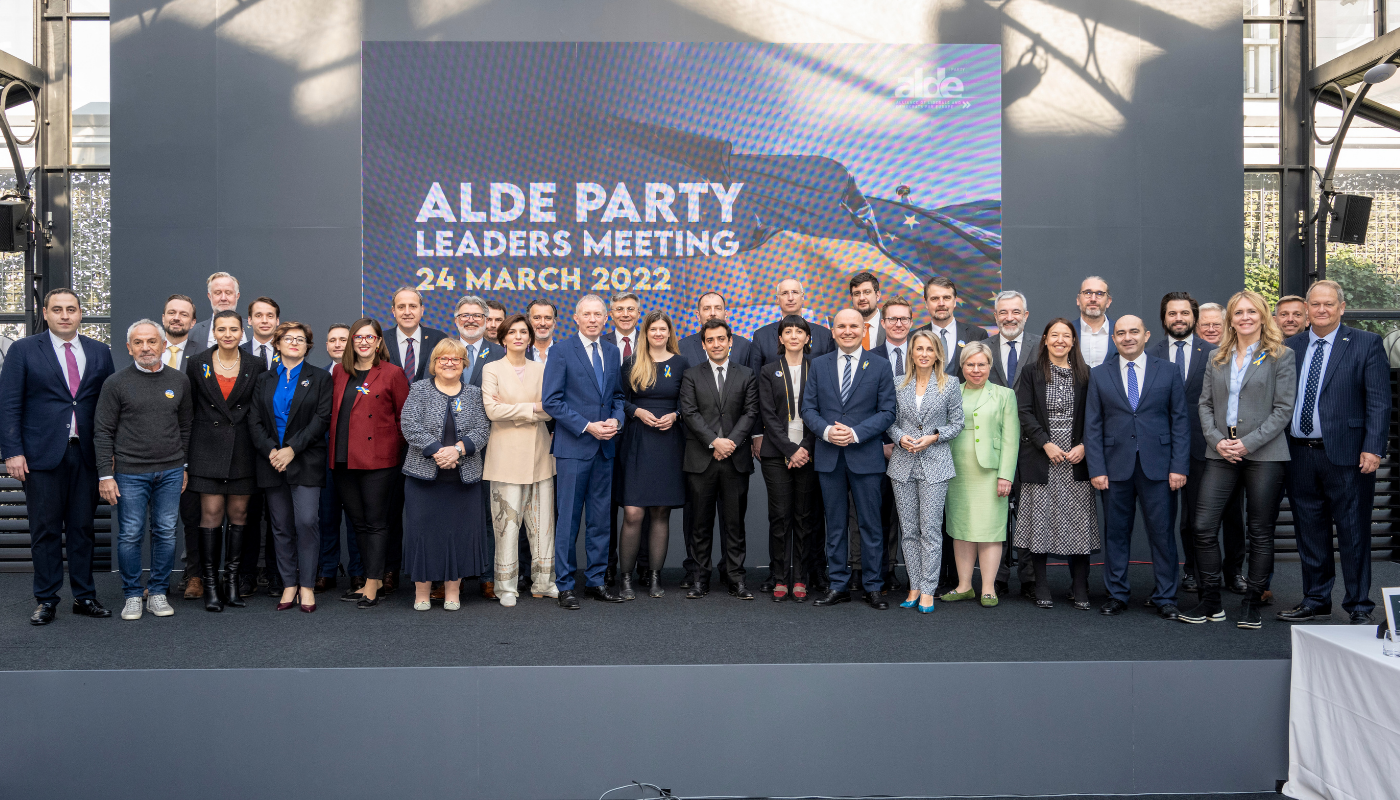 Leaders of ALDE Party member parties and Renew Europe Group President Stéphane Séjourné gathered today in Brussels, Belgium to discuss the ongoing invasion of Ukraine. Marking one month since the war began, leaders reaffirmed their unwavering solidarity for President Volodymyr Zelenskyy and the people of Ukraine, and continued condemnation of President Putin’s unprovoked and unjustified military aggression on Ukraine.

Recalling the joint statement agreed at the last leaders meeting on 28 February, the leaders present called for further rounds of tougher sanctions on the Russian leadership, particularly now addressing Europe's reliance on Russian energy. Liberal leaders also called for continuous humanitarian and military aid to the Ukrainian government, as well as an organized, permanent structure to host Ukrainians fleeing the war.

ALDE Party leaders also called for a Marshall Plan for Ukraine, so they can rebuild their own European state once the war is over.

ALDE Party Acting Co-President Ilhan Kyuchyuk MEP said: “We have all seen the horrifying pictures out of Mariupol. But we are not powerless in this situation.  Our Ukrainian friends need help now, as they fight for European values we all hold so dearly. At the same time, we are witnessing a humanitarian catastrophe that we have not seen in decades. Our countries must continue to welcome Ukrainian refugees with open arms.”

ALDE Party Acting Co-President Senator Timmy Dooley said: “We know the sanctions inflict economic pain on all of us. But the price we all pay pales in comparison to the price Ukrainians are paying on a daily basis. We cannot continue to fund this war. The barbarism and aggression coming from Putin threatens the entire civilised world and our way of life. Let’s not be naïve, this isn’t only about Ukraine, it’s about our entire liberal world order.”

The leaders agreed to next meet on 2-4 June during the ALDE Party Congress that will take place in Dublin, Ireland, at the invitation of Taoiseach Micheál Martin.

For pictures of the leaders meeting, follow the link here.

Today, #ALDEParty leaders met in Brussels to discuss the Russian war against #Ukraine 🇺🇦 and hear from our members on the ground. Watch the video for more from the event! #StandWithUkraine pic.twitter.com/bmWxeafX2a