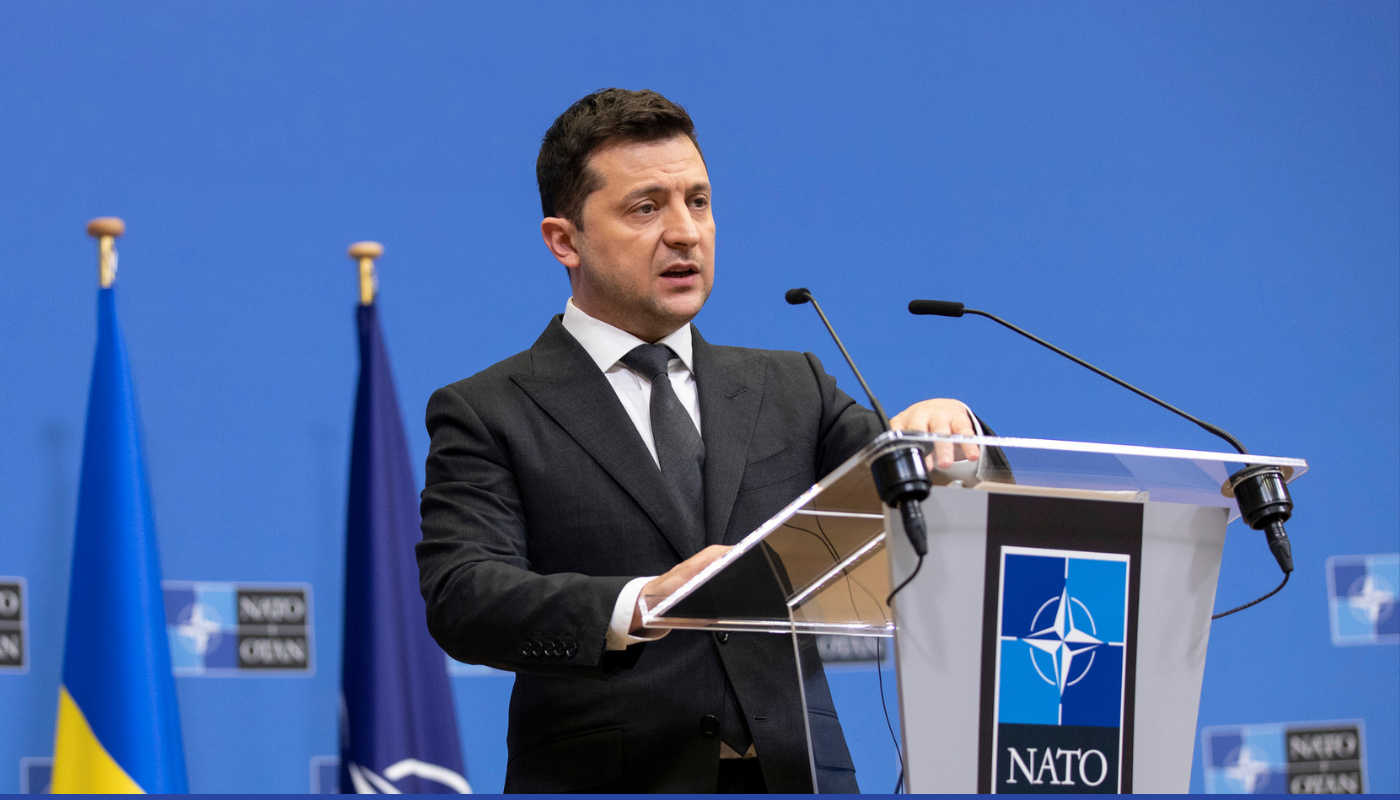 At the extraordinary Leaders’ meeting on 28 February to discuss the ongoing Russian invasion of Ukraine, representatives from ALDE Party member parties proposed to grant temporary affiliate status to the party founded by Ukrainian President Volodymyr Zelenskyy, and the ALDE  Bureau subsequently adopted the proposal. Full membership of the party will be discussed at the next ALDE Party Council in Dublin in June.

“As Co-President of ALDE I’m delighted to have co-chaired the meeting that formally welcomed President Zelenskyy of Ukraine and his party to our Europe wide family along side Irish member party Fianna Fail,” said Senator Dooley.

As Co-President of ALDE I’m delighted to have Co-chaired the meeting that formally welcomed President @ZelenskyyUa of Ukraine and his party to our Europe wide family along side irish member party @fiannafailparty. https://t.co/zjthDkrIQZ

“It is an honour to have President Zelenskyy’s party, Sluga Narodu and my good friend Olga Stefanishyna in the ALDE Party liberal family. We stand in solidarity with the people of Ukraine. Glory to Ukraine!” added Ilhan Kyuchyuk MEP.

It is an honour to have @ZelenskyyUa's party @sluganarodu_pp and my good friend @StefanishynaO in the @ALDEParty #liberal family. We stand in solidarity with the people of #Ukraine .

ALDE Party Bureau subsequently adopted the proposal and full membership will be discussed at next Council in Dublin. pic.twitter.com/v29YKE5TAJ

During the Summit, liberal leaders stood in condemnation of President Putin’s unprovoked and unjustified military aggression on Ukraine, a deplorable act on a sovereign, democratic and pro-European country, and against our liberal values that we hold so dearly.

During the January 2022 plenary session of the European Parliament in Strasbourg, MEPs elected their new President and 14 Vice...

ALDE data insights from across Europe. This month we examine polling data from Spain, and Estonia with significant polling support for...