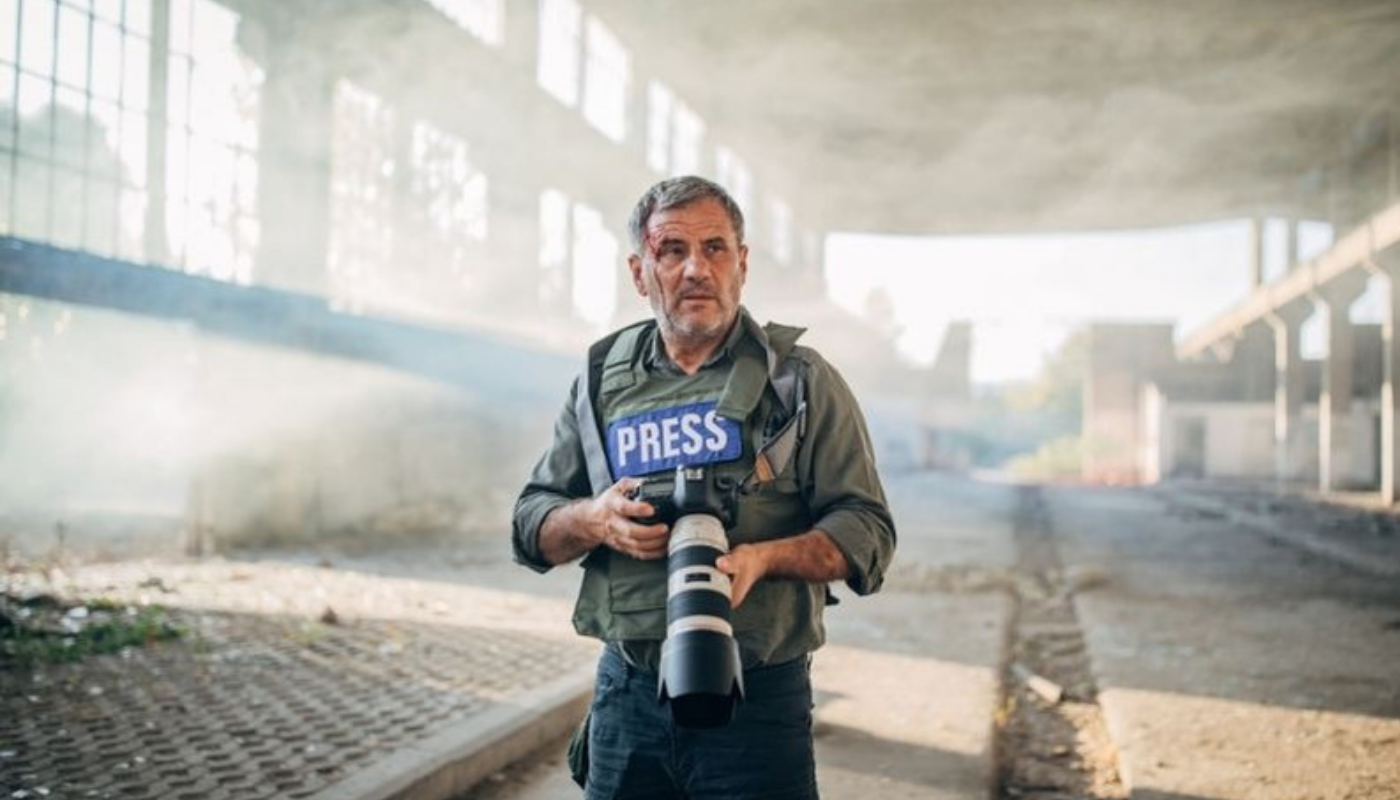 In this op-ed, Dániel Berg, ALDE Party Vice-President and Deputy Mayor of the 2nd district of Budapest, talks about the important role journalists have to expose the truth about the ongoing war in Ukraine and the responsibility politicians have to stop disinformation.

The first of March was supposed to be just another ordinary day in Yevhenii Sakun's extraordinary life.

A cameraman for LIVE and a correspondent for the Spanish news agency EFE, it was Yevhenii's sixth day covering Russia's brutal invasion of Ukraine.

Kyiv had been under constant shelling from the beginning of the war. That same day Russian forces shelled a TV tower and the Babyn Yar Holocaust site, killing five.

Yevhenii was amongst them.

Since then, three more journalists have been killed covering the war. Those who risk their lives on a daily basis do so to prove wrong the longstanding saying that goes "The first casualty of war is truth" — first uttered by US Senator Hiram Johnson, a staunch opponent of his country's involvement in World War I.

At the same time, a new iron curtain has emerged in Russia.

Journalists can now find themselves in prison for over 15 years by simply calling what is happening in Ukraine a "war". Being a journalist in Russia is now impossible.

The tactics may have changed, but the sentiment isn't new. The Kremlin has always had a disdain for the truth.

Putin and his cronies are waging a war against the truth with 21st century technology and old-school repression. Putin's war against the Ukrainian people has left ordinary Russians without access to the truth. Like him, Russians are living in an isolated information space.

We thought that in times when we have the internet, this is no longer possible. But it is.

And our job as liberals, is to break this wall of lies. Brick-by-brick. It is a complicated task. We need to mobilise our resources to win this war for truth.

It is no accident Putin has once again sentenced Russian anti-corruption activist — Alexei Navalny — to nine more years in prison. Already in prison, he said "Words have power, Putin is afraid of the truth."

The Ukrainians have already won the information war. The world has witnessed Russia's war crimes thanks to the heroic work of journalists on the ground. But we mustn't stop there.

We must welcome those journalists who are fleeing Russia, who are facing decades in jail. We must allow them to set up news agencies like Meduza and aggressively fund them.

We cannot leave it to the US and the Brits alone to break Putin's wall of lies. Radio Svaboda and BBC Russian are not enough.

Honouring those who fight for the truth also means recognising that those who masquerade as journalists when they in fact are propagandist should no longer be allowed to do so.

This is a slap in the face to those journalists who make it their lives work to hold those in power to account. The EU's banning of Russia Today and Sputnik is a step in the right direction.

Knowing keeps us free. Knowing helps us choose. There is no democracy without a free press. We mustn't compromise on it.

The biggest threat to a dictator like Vladimir Putin is an informed populace. Let us do everything we can to make that threat loom larger.

This opinion piece was originally published in EUobserver, 7 April 2022.