ALDE data insights from across Europe.

This month we examine polling data from Hungary, Lithuania and Slovenia.

Ruling Fidesz maintains a slim lead, but there’s still an opportunity for the United Opposition parties in the parliamentary election on 3 April. Previously, polls showed a neck-and-neck race, but Viktor Orban’s party now enjoys a slight lead in ALDE’s polling average. On the other hand, strong polls for the opposition as recently as December should give hope to the Opposition and their candidate for prime minister, Péter Márki-Zay. 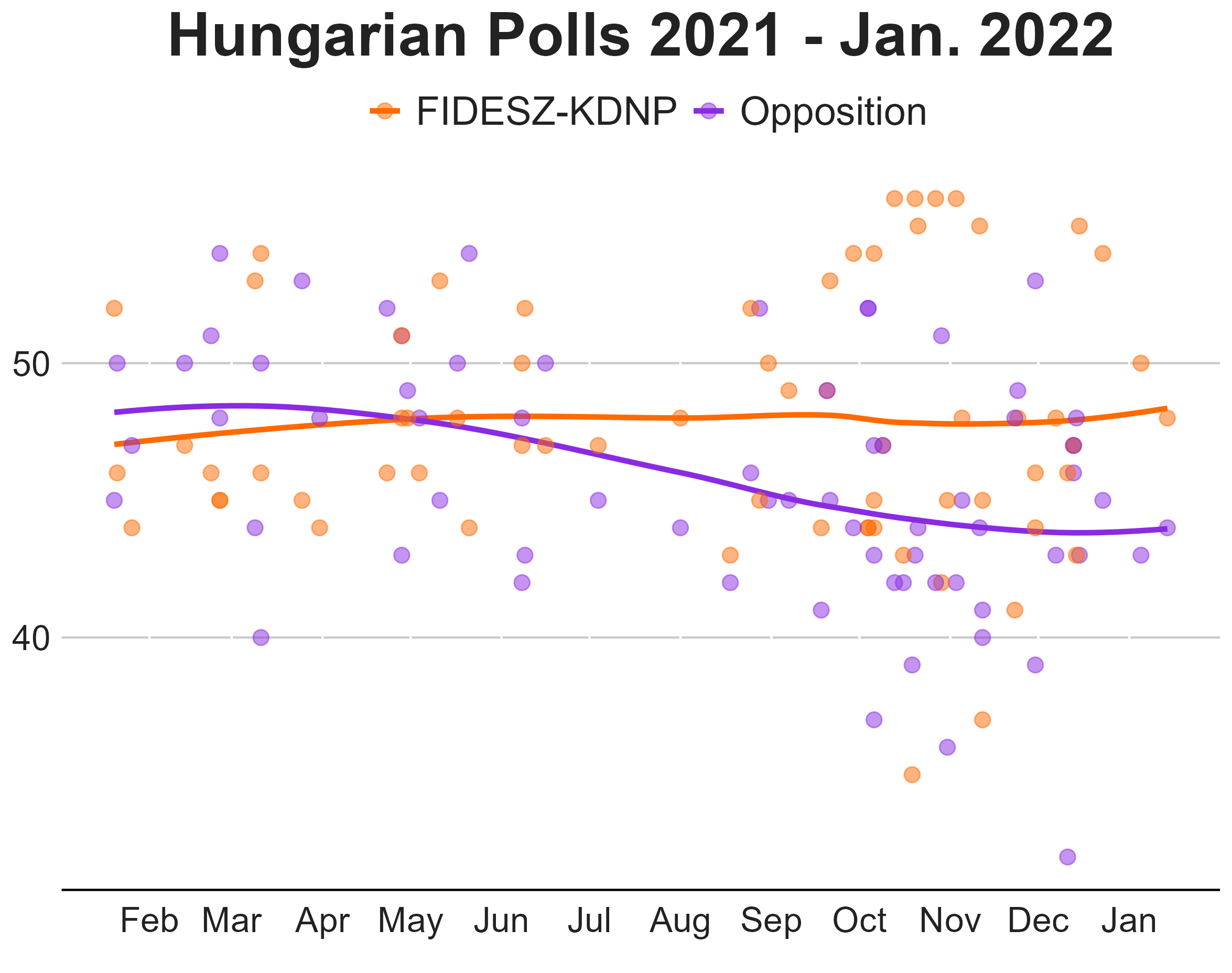 The EPP’s Homeland Union (TS-LKD) saw their polling lead evaporate in 2021. Meanwhile, the Social Democratic Party (LSDP) rose to the top after rebounding from single-digit polls at the beginning of the year. Among the smaller parties, Freedom and Justice (LT) is averaging 11%, the highest polling average in the party’s history. 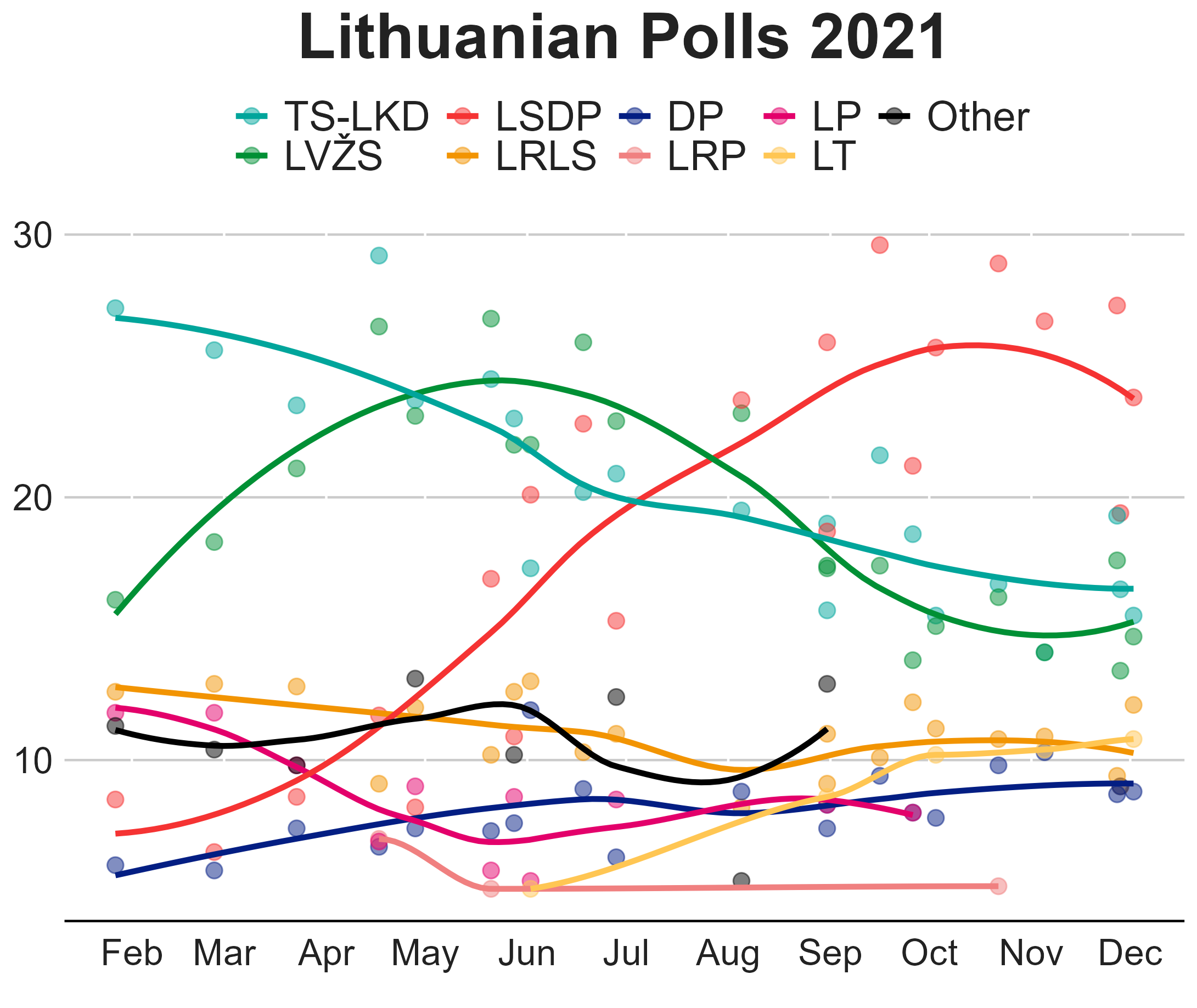 In a relatively stable polling environment, Prime Minister Janez Janša Slovenian Democratic Party (SDS) enjoys a sizable lead despite a slight downward polling trend. The Social Democrats (SD) have cemented their hold on second place by pulling ahead of the Left (Levica) and Lista Marjana Šarca (LMS) in recent months. Slovenians will head to the polls on 24 April in an election largely seen as a referendum on Janša. 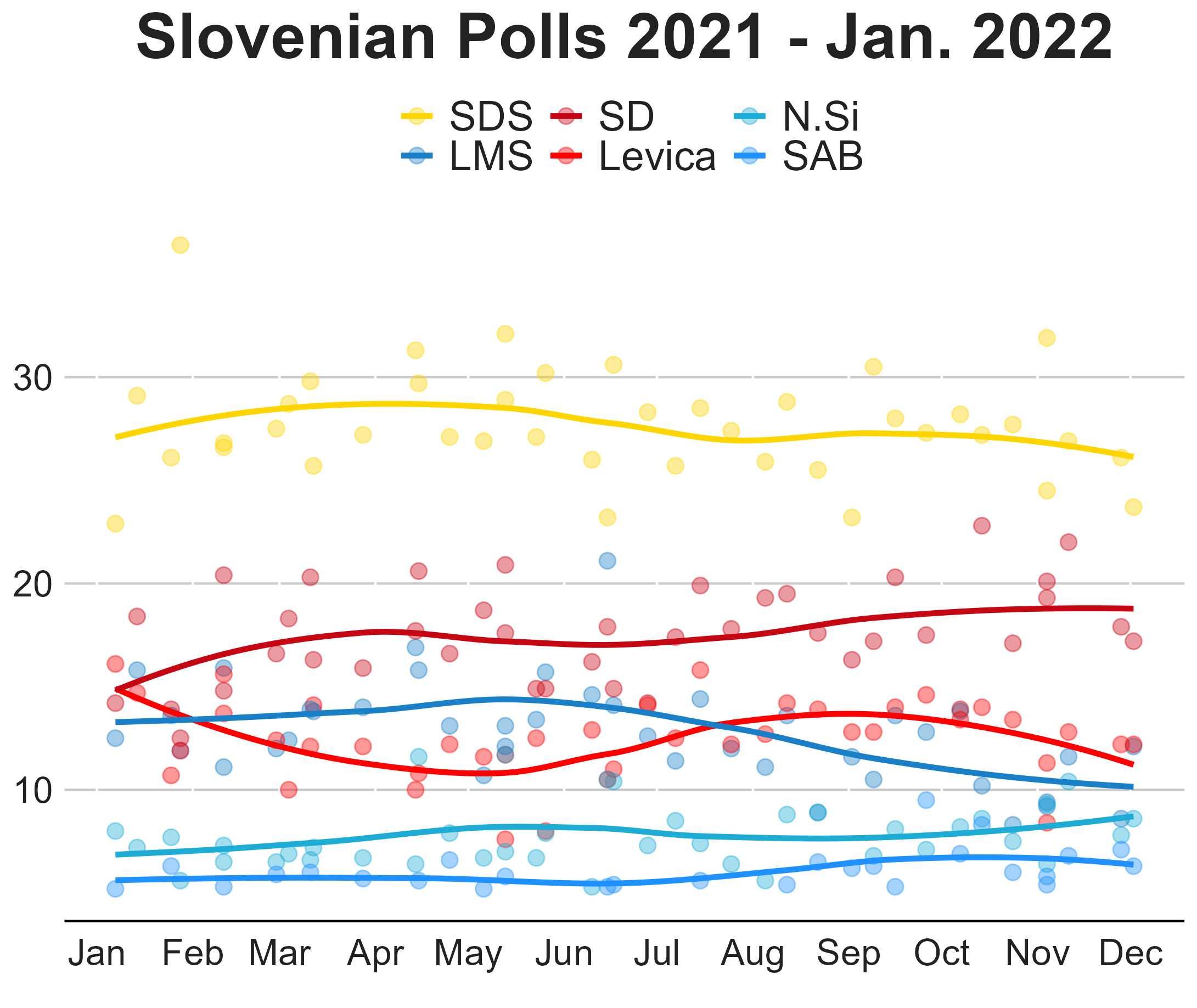 ALDE Party in collaboration with our group in the European Parliament held two ministerial meetings during the Slovenian Presidency of...

The European liberal family increased its representation in national governments and and the European Parliament over the last 12 months.  ...