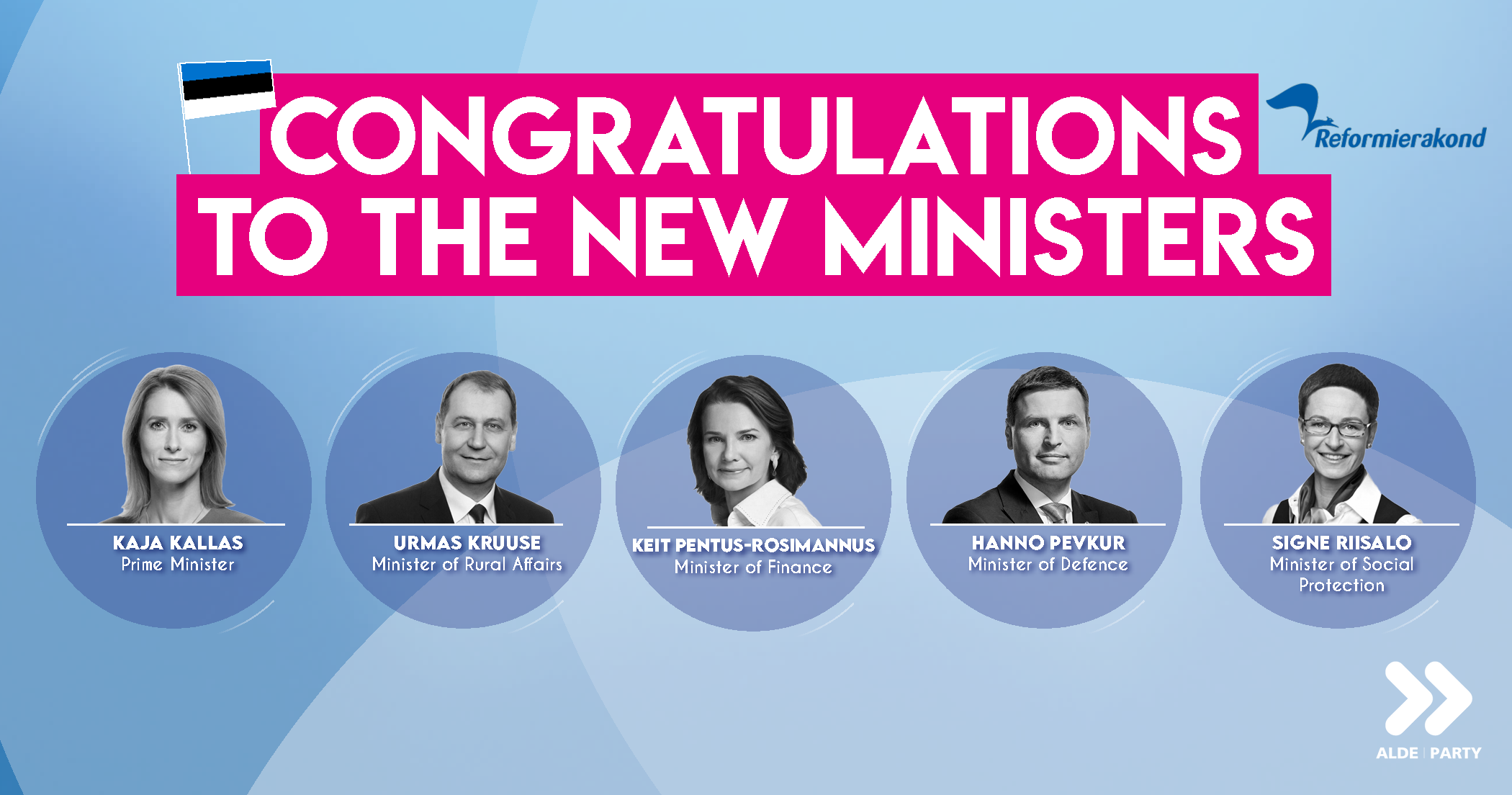 The new coalition government led by Kaja Kallas as Prime Minister has taken office after its members took their oaths of office before the Estonian Parliament (Riigikogu) on 18 July.

Kaja Kallas, leader of ALDE Party member party Reformierakond, won a mandate from the Riigikogu at an extraordinary sitting on Friday to form the next government and signed a coalition agreement with Isamaa and SDE. MPs voted 52 in favour and 26 against. The new coalition will have a majority in the Parliament of 55 of 101 seats.

My new government. With my ministers at #Estonia's parliament @Riigikogu after taking our oath of office. pic.twitter.com/22dF0pX2rL

Fifteen ministers will take office, with each party nominating five. Liberals will keep the post of Prime Minister and other key portfolios such as Finance and Defence. The new liberal ministers are:

Speaking after the signing of the coalition agreement, Kallas said: “our new coalition will stand for Estonia's long-term interests, increase Estonia's security and economic safety of our people in overcoming the current crises and the effects of Russia's aggression.”

Our new coalition will stand for Estonia's long-term interests, increase Estonia's security and economic safety of our people in overcoming the current crises and the effects of Russia's aggression. 1/3 pic.twitter.com/T5zABMo17G

The coalition government will be in office for eight months until March 2023, when regular Parliamentary elections are scheduled. The agreement text is available here in Estonian and here in English.