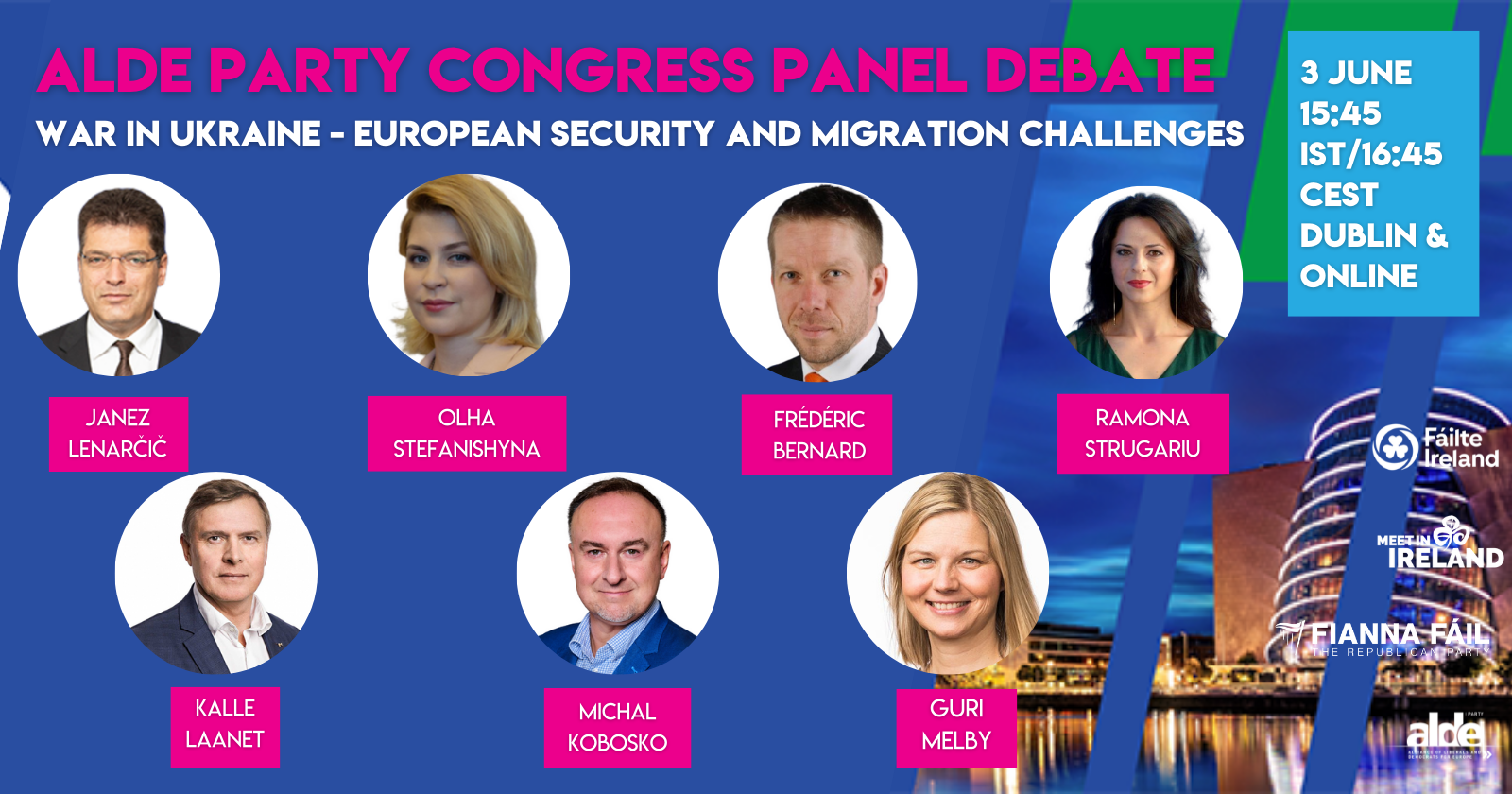 War has returned to Europe. Putin’s invasion of Ukraine has changed Europe’s security order for generations to come. Taboos have been broken: the EU has decided to supply weapons to Ukraine through the European Peace Facility, member states defence spending has increased to historic levels, Finland and Sweden are about to join NATO.

These ground-breaking decisions, while ad-hoc, will need to be followed by strategic changes within the European Union’s institutional framework. How can the EU make a major step towards its common security and defence policy? As NATO is set to adopt a new Strategic Concept at its June 2022 Summit, how do we design the EU’s defence in a way that compliments NATO? Will the Ukrainian refugee inflow finally lead to a common EU approach to migration?

These considerations will require the EU to move from plans to action and finally become a powerful actor in the security realm, as long advocated by liberals.

These issues will be discussed in the high-level panel discussion during the ALDE Party Congress on 3 June (Friday) at 15.45-16.45 IST, with leaders of liberal and centrist family:

Let us meet in Dublin for this timely discussion to shape the future of European security!

Register to attend the ALDE Party Congress in person or follow the debate on our YouTube channel.