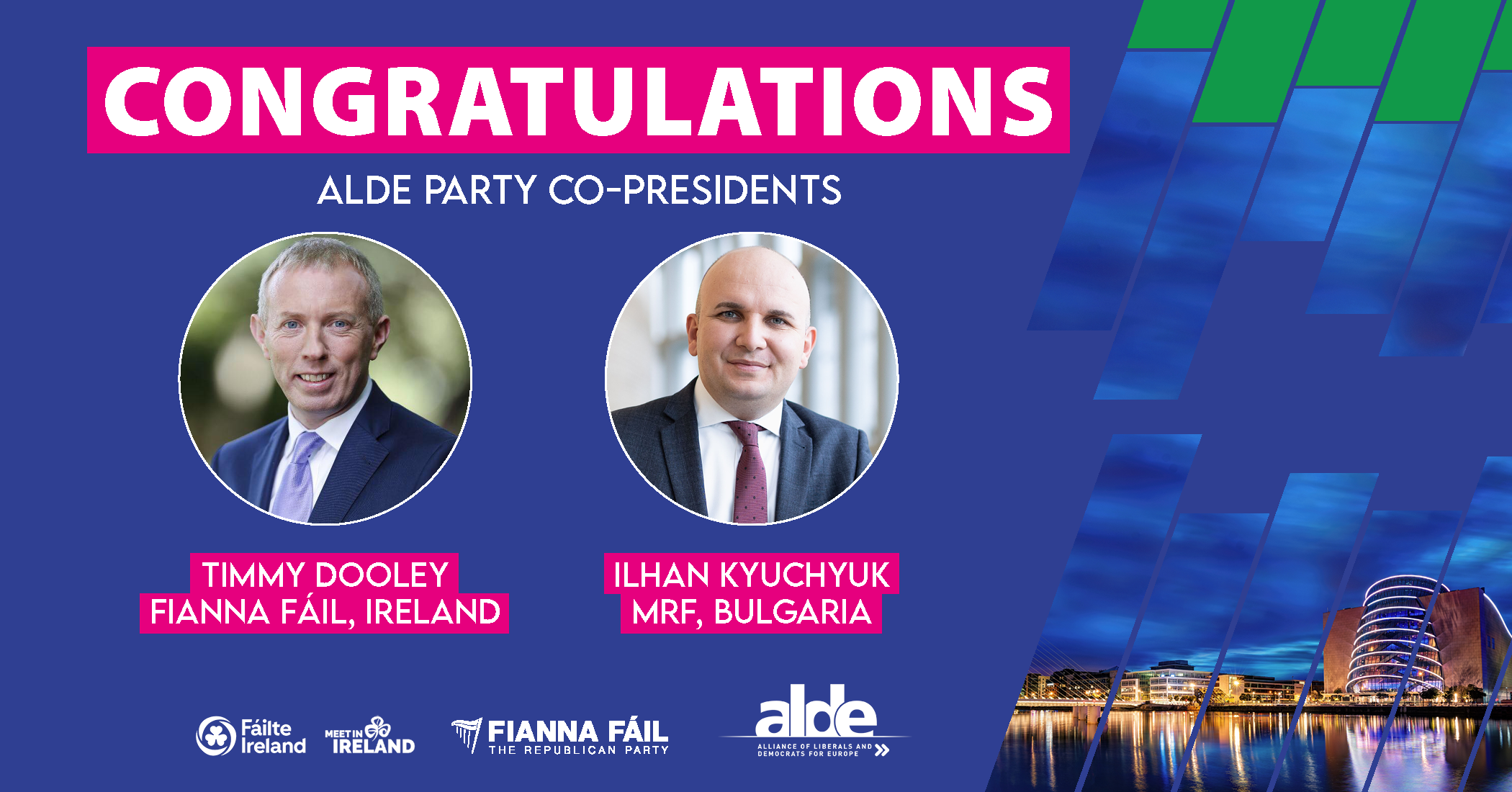 Results are in! The ALDE Party Congress delegates have elected the team that will lead liberals to the European elections of 2024.

In his acceptance speech Kyuchyuk declared “We want to thank you for your vote of confidence. Part of what makes the ALDE family so great is how we always put our differences aside and manage focus on what matters. This is why we deliver. If the last two years have taught us anything is that we cannot take anything for granted: our democracy, our freedom, our way of life. We have to defend it. That is the spirit of ALDE. And that spirit, it moves forward because of you. It moves forward because after two years of incredible difficulty, have prevailed. Thank you so much. We look forward to seeing you in Stockholm next year.”

“Thank you for the trust that you have placed on Ilhan and I to lead your party for the next two years. It is a burden of responsibility that we will hold dearly. We respect the commitment that you have shown to the party and to the leadership, and we will honour that commitment every day of the week, 24 hours, seven days a week. It is really important now that we unite our platform. Thank you for the open and frank discussions that you’ve had with us, both in public ad in private, during the past couple of days. We’ve listened and we will act. We will work with you to unite this great movement so that out total focus will be on every election in each of your countries, between now and in two years culminating in the European campaign,” added Dooley on his speech.

More results from our Bureau elections are in - Congratulations to our #ALDEParty Vice-Presidents 💐 pic.twitter.com/YO3YZU371Q

During the closing ceremony of the Congress the first edition of the Hans van Baalen Medal Award was also celebrated. The first to receive this award was President Volodymyr Zelenskyy and his party, Sluha Narodu.

Watch the full closing ceremony here or below.