For a Europe of values. Remembering Bronislaw Geremek 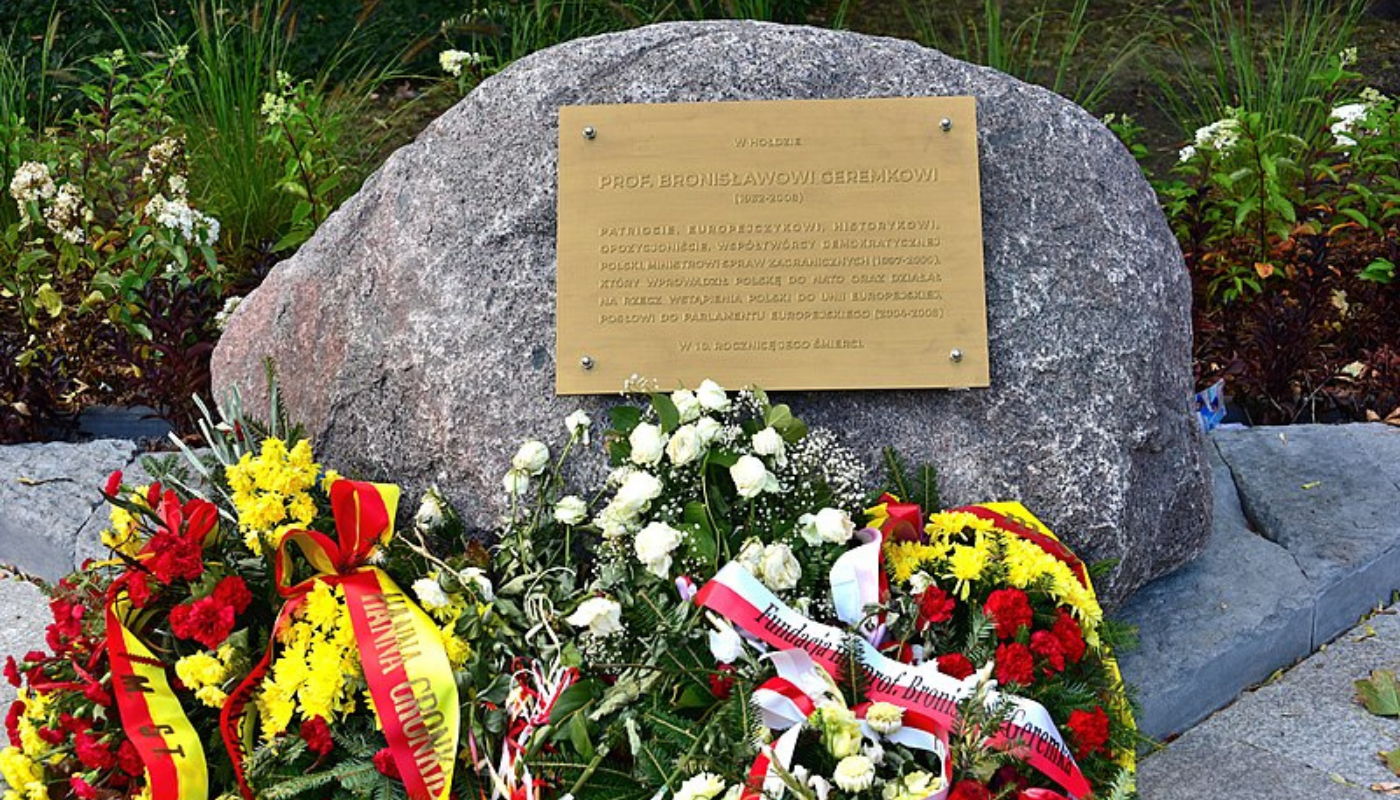 6 March 2022 marks the 90th anniversary of the birth of Professor Bronislaw Geremek, Poland’s architect of liberal democracy and visionary European who devoted his life to shaping a new vision of Europe building on the turbulences of the past.

His life spanned through the turning points of the European history. Born on 1932 in a Jewish family, he went through the horrors of the Warsaw Ghetto. His post-war, youth involvement in the Polish Communist Party ended in 1968 when he resigned from membership a day after Soviet and Warsaw Pact troops invaded Czechoslovakia. In 1980 he joined the strike in the Gdansk Shipyard becoming chief adviser to Lech Walesa and Solidarnosc movement. He played a key role in the Round Table negotiations in 1989 between the communists and Solidarnosc, shaping the political compromise that ended the communist rule in Poland.

Serving as chairman of the parliamentary foreign committee and later as Foreign Minister, he paved the way for Poland’s re-unification with the Western world. Prof. Geremek’s major vocation was Europe. He was member of the 2001 Laeken Group of Sages on the Future of Europe upon the invitation of Prime Minister of Belgium Guy Verhofstadt. Elected to the European Parliament in 2004, he joined the ALDE Group and stood as its candidate for the European Parliament presidency.

His legacy is today more relevant as ever. On 12 March 1999, he signed the Polish accession documents to NATO at the ceremony during which he said words of timeless importance: "We should open our doors to those who fought for freedom. No curtain must ever again divide Europe." He perceived NATO not only through its military dimension, but as an alliance of democratic nations protecting civic rights and liberties. Words that resonate now that we are dealing with the invasion of Ukraine, a democratic nation pursuing NATO membership, by the Russian Federation under Putin’s regime of terror.

He saw the European Union primarily as community of values. He tirelessly advocated for Poland to play a constructive role in building the European unity based on rule of law and respect of human rights. A wish that was not respected by Poland’s current government during the COVID-19 pandemic, but for which the European Union is still fighting with the Rule of law mechanism.

Prof. Geremek was a supporter of deepened integration, including in security area. He strongly supported strengthening the competences of the High Representative for Foreign Affairs and Security Policy based on the qualified majority voting. He was calling for a major effort of the EU to enhance a common European identity and collective memory as a bond of all Europeans. A debate we are still engaged in on the Conference on the Future of Europe.

“Europe's deepest aspiration, its creative principle, is freedom. Today’s Europe must not be afraid of its openness; on the contrary, it should see it as a testimony to its strength,” he said receiving the 1998 Charlemagne Prize, the award given to him for his contribution to European unity.