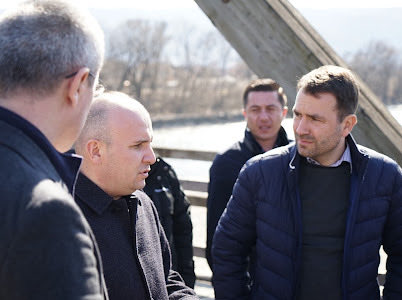 In this past month, the European institutions and EU leaders have shown unprecedented support towards Ukraine and Ukrainian people. New efforts aiming at helping refugees and victims of the war could be witnessed at all EU levels every day. However, in order for one to really take in the severity of the situation, merely reading about it in the media, or seeing images on TV does not suffice.

The situation of people fleeing from war is truly heart-breaking and hard to imagine, but when you are faced with the sight of people by the thousands clutching the little belongings they managed to grab before running away, along hundreds of children, words fail to help you describe it.

Following the actions, started from the first days of the war, among which initiating letters to the European institutions and strong positions on sanctioning Russia, calls for actions to welcome refugees in the EU, to facilitate the speedy access of refugee children and students to education, the initiation and participation in humanitarian campaigns, and keeping constant discussion channels with counterparts in Ukraine, representatives of the European liberal family such as ALDE Party acting Co-President Ilhan Kyuchyuk, MEP, Member of the European Parliament from Romania, part of the Renew Europe Group and Vice-president of the USR PLUS party, Vlad Botoș, the President and Vice-president of the USR-PLUS party in Romania, Cătălin Drulă and Dan Barna went to Maramureș county, at the Sighet customs, to witness the situation of arriving people on the spot.

After providing two trucks with donations to NGOs working with the Red Cross and UNICEF, consisting of mattresses, bedding, hygiene products, canned foods and sweets for the refugees, the group visited the ”Bridge of Hope” - the bridge that links Ukraine to Romania - the bridge, that as shared by the MEPs, bring out a lot more emotions than one can think. 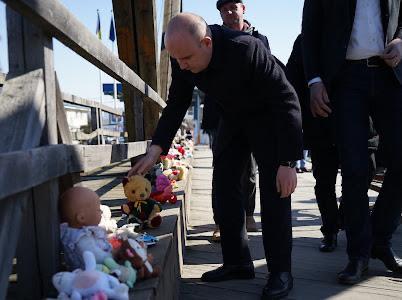 Having left toys on the “Bridge of Hope”, the group’s next stop was Cernești, a village in Maramureș County, where Mircea Deac, the Mayor, had set up accommodation spots for the people crossing the border from Ukraine to Romania. In Rona de Sus, another village along the border, Mayor Semeniuc Alexa showed how refugees are welcomed at the local Orthodox Monastery, where accommodation and food were provided. The Mayor further displayed, how expecting more incoming refugees, the Youth Club in the village was also furnished with beds and necessary items for the Ukrainian people fleeing the war.

Botoș stated that the efforts made to aiding refugees must not stop, not even for a moment, because the need for help is permanent, and solidarity is not just a need, but a must. Kyuchyuk further underlined that in testing times like this it is more important than ever that Europe shows in practice the values upon which the European spirit is built - that of solidarity, humanity and compassion.

The European Union is now more united than ever. In fact, the entire free world has been brought together more than it has ever been. Ukrainian people need help, and the actions we take, must continue for as long as there is a need, the liberals uttered.