From 12-19 August, ALDE Party's individual members participated in the internal elections to choose their three delegates to the ALDE Congress and one delegate to the ALDE Council. On 19 August, the results were announced.

The full results are available on the website of OpaVote.com which hosted these elections.

🎉 Thrilled to announce the results of the #ALDECongress Individual Member delegates election! Congratulations to Therese, Anders & Lianna, who will represent AIM for Europe members at the next ALDE Party Congress. @ALDEIndMembers pic.twitter.com/ikRgTYdryL

🎊 Excited to announce the results of the #ALDECouncil Individual Member delegate election! Please join us in congratulating Finn, who will represent AIM for Europe members at the next ALDE Party Council. @ALDEIndMembers pic.twitter.com/5V8Qlc8lLg 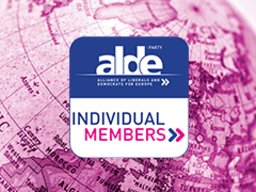