Join our Liberal Breakfast on the Hungarian elections 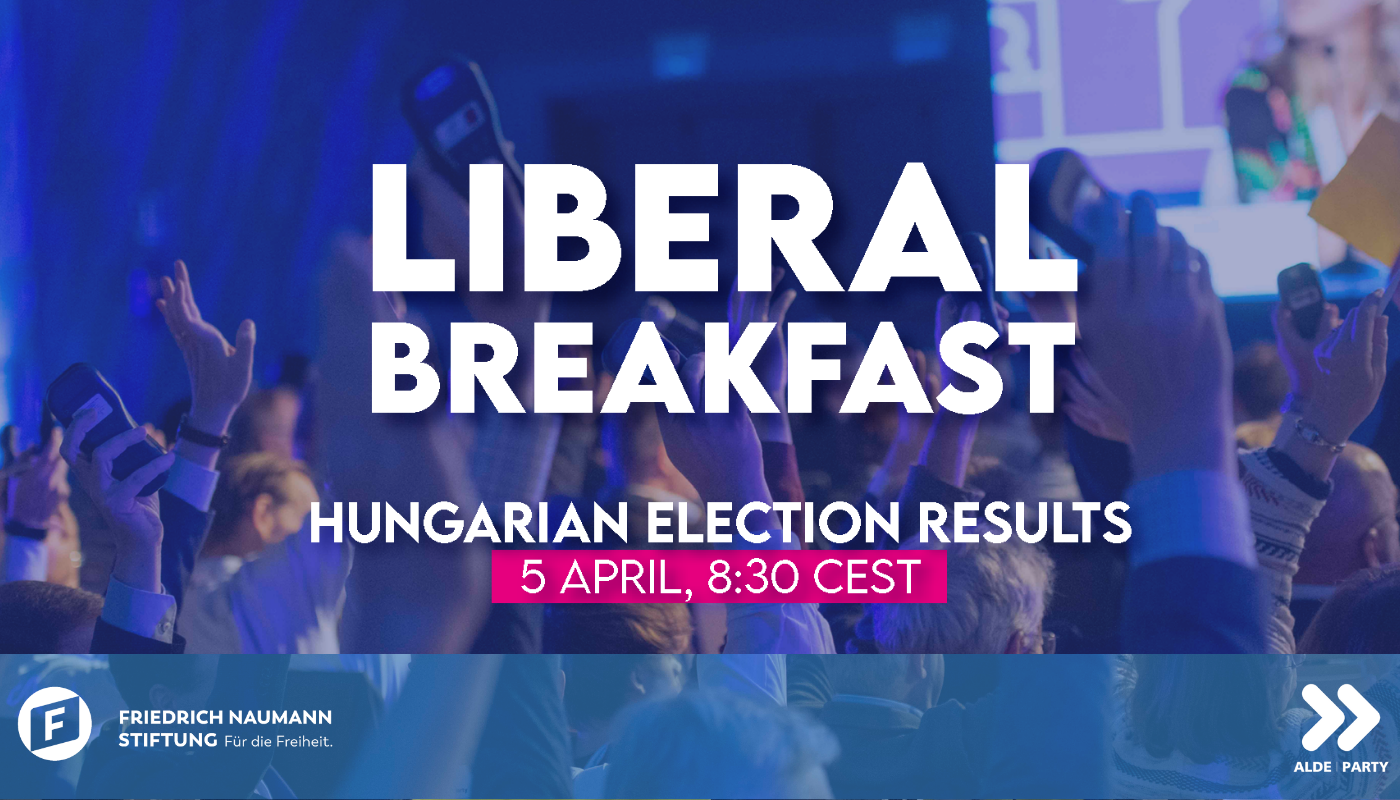 The ALDE Party will host a Liberal Breakfast together with the Friedrich Naumann Foundation (FNF) Europe on 5 April to discuss the results of the upcoming Hungarian elections.

On 3 April, Hungarian citizens will cast their vote in a parliamentary election. For the first time, Viktor Orbán’s 12 years of power and its parliamentary supermajority is being challenged by the opposition parties – including ALDE Party members Liberal Party of Hungary and Momentum Mozgalom – that in 2021 joined forces in a common list and a sole leading candidate Péter Márki-Zay.

According to recent polls, both Fidesz and the opposition alliance are neck-to-neck and, for the first time since 2010, the latter might have a chance to win, provided that the election is free and fair.

Over the past years, the Hungarian government has worked hard to build an illiberal democracy in the country with repeated attacks against the rule of law and basic democratic principles such as media freedom and judiciary independence as well as human rights, in particular of minority groups. A clear example of the latter is the referendum on LGBTIQ+ issues that will take place on the same day of the election.

Join our distinguished speakers for a morning of discussion as they look closer at the election results and the prospects for a new democratic government in Hungary as well as their impact in the relations between Hungary and the European Union.

You can join us in person at the Press Club (Rue Froissart 95,1040 Brussels, Belgium) by sending us an email (please note that registration is required to attend in person).

Individual members and liberal associates have priority to reserved seating.

Or join us online via Zoom!

Please register for this zoom webinar using the button below.

After registering, you will receive a confirmation email containing information about joining the webinar.