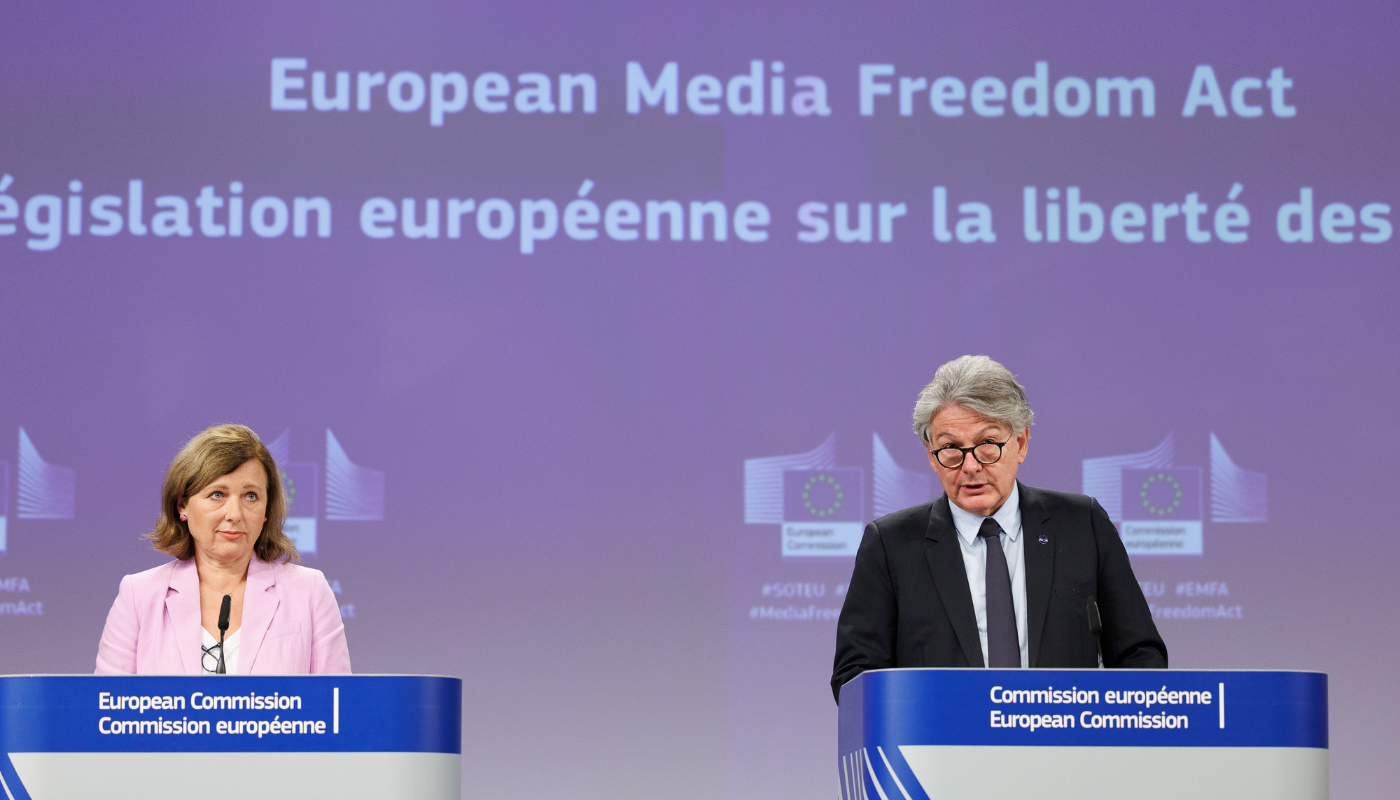 The EMFA will contribute to restore the trust in the media and in fight disinformation, including foreign interference, by:

Jourová emphasized that democracy can only work if journalists are able to keep in check those with political and economic power.

Today we are breaking new ground to protect #mediafreedom in the 🇪🇺.
#Democracy can only work if journalists are able to keep in check those with political & economic power.

“We need to establish clear principles: no journalist should be spied on because of their job; no public media should be turned into propaganda channel. This is what we propose today: common safeguards to protect media freedom and pluralism in the EU,” she added.

Breton highlighted the importance of the Act for the EU’s Single Market and the EU’s role to come out with a legal benchmark that will protect journalists and media:

“The European Media Freedom Act provides common safeguards at EU level to guarantee a plurality of voices and that our media are able to operate without any interference, be it private or public.”

“Information is not a good like any other. When faced with interferences under any form it is necessary to protect journalists and media pluralism. Europe must be an example,” he added.

“We, the liberals, are staunch defenders of freedom of expression. The European Media Freedom Act could not have been more urgent. In Hungary, we saw independent media being muzzled by the ruling party and a radio station taken off the air. Pro-Orbán outlets are number one of Russian propaganda disinformation spreaders on the war in Ukraine. EU-level action is needed to promote media pluralism and reduce concentration on media markets,” she said.

📣 “Media freedom is the backbone of our democracy, and we need a strong EU to protect it against attacks!”

The Act constitutes one of the elements of the European Democracy Action Plan adopted by the European Commission in 2020 which has provided a framework for protection of media freedom and pluralism. The announcement of the Act comes right after the International Day of Democracy on 15 September, established by the United Nations in 2007, and celebrated worldwide.

In Europe and beyond, attacks on our democratic institutions and fundamental rights are spreading faster than ever. But we liberals will never stop fighting for democracy and freedom.

⚠️ In Europe and beyond, attacks on our democratic institutions and fundamental rights are spreading faster than ever. But we liberals will never stop fighting for democracy and freedom, today on #DemocracyDay and every day!