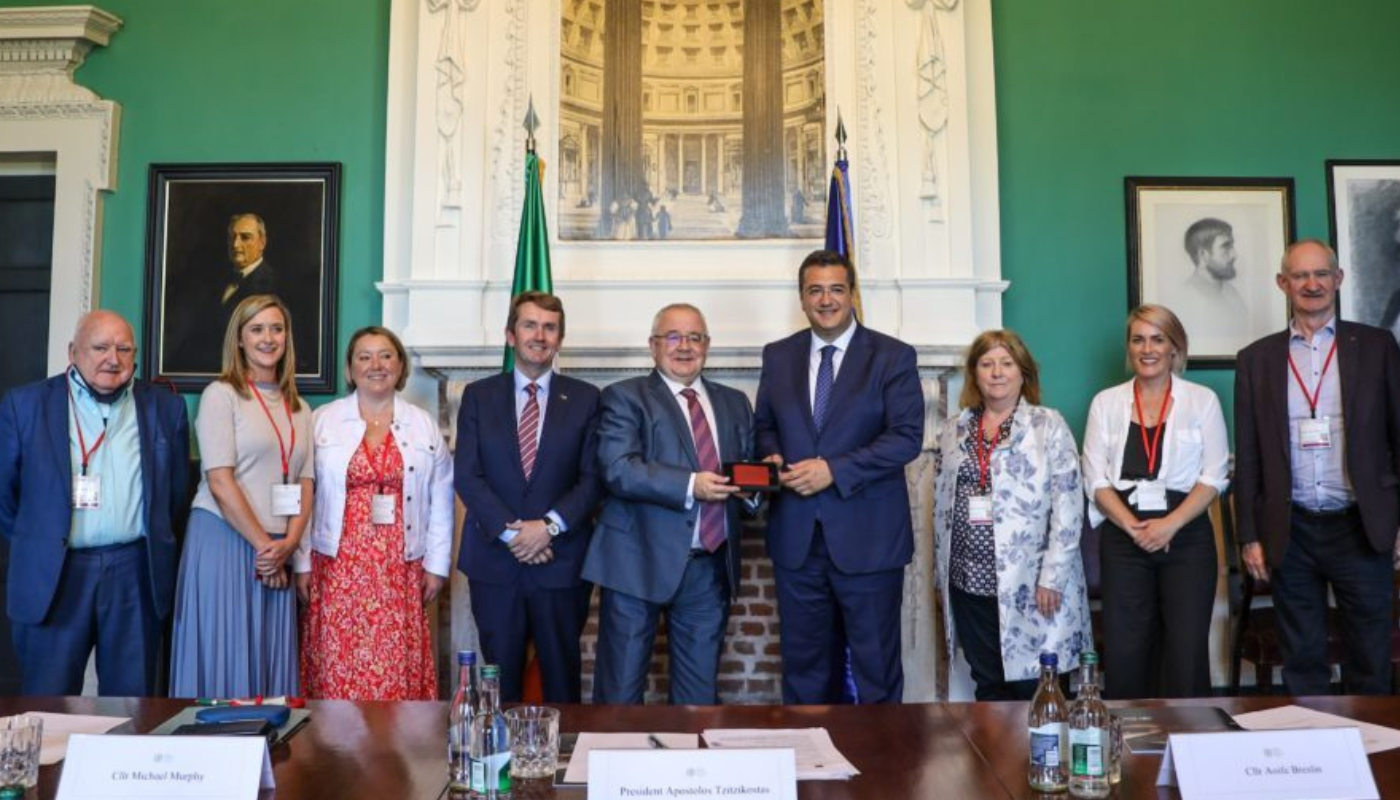 Councillor Kate Feeney, Renew Europe CoR’s spokesperson on Social Affairs, joined Ireland’s Minister of State for EU Affairs Thomas Byrne and European Committee of the Regions President Tzitzikostas in Dublin earlier this month for a discussion on the role of youth and democracy in Europe, together with the European Movement Ireland and the Irish regions European office.

Speaking at the event, Byrne said: “The work of the Committee of the Regions is important in bringing the voice of the people from grassroots to the EU and has a major role to play in our European journey. We all have a responsibility to be involved as active citizens. When we are more active, our shared Union improves.”

Delighted to be in @DublinCityHall today to deliver a keynote address alongside @CoR_President on Youth & Democracy in Europe.

At an earlier event, Cllr Feeney joined Tzitzikostas and addressed the EU Affairs Committee of the Oireachtas, the National Irish Parliament, stating that “the time of the two-dimensional European model based simply on EU institutions and national governments without an active partnership with local and regional government is over”, and she highlighted in particular her work as Rapporteur on behalf of EU subnational government to defend equal rights for LGBTIQ citizens across the EU.