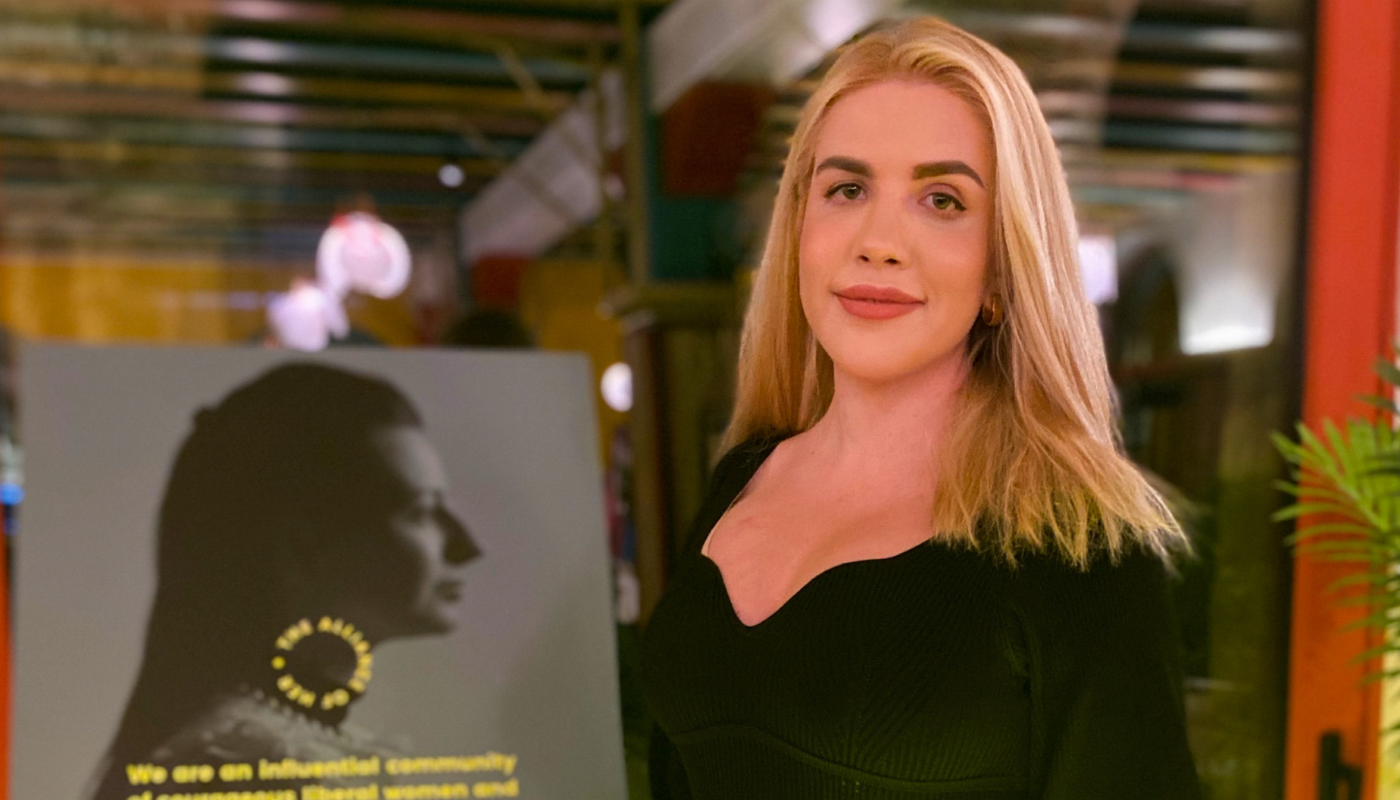 At a gala dinner marking the end of the 2022 Alliance Of Her Academy, Ukrainian MP, Golos Party Leader and ALDE Party Vice-President Kira Rudik was honoured by the Alliance Of Her Alumnae Advisory Board on behalf of the wider network of alumnae and allies as this year’s Women in Politics Champion of the Year.

The award, currently in its second year, is given by the nine women that form the Alumnae Board to recognise an individual or group who has made extraordinary efforts to advance female political leadership across Europe.

However, the jury ultimately chose to recognise Rudik not only for her tireless work on behalf of her country and for liberalism across Europe and globally, but also for the example she has consistently set as a woman in politics inspiring others - dedicating her time and energy to this cause, even with the enormous personal and professional challenges she faced with the ongoing invasion of Ukraine.

The jury also noted that since February, Rudik initiated four major humanitarian projects supporting diverse groups of Ukrainian people. They were particularly impressed with the ‘There Will Be Joy’ initiative, supporting women and girls who have suffered psychological and physical violence by Russian occupiers and ‘Breadwinner’, a project supporting female entrepreneurs. These projects exemplify her resilience and dedication to promoting female leadership and empowerment, even in times of crisis and severe trauma. Her charitable work aiding orphans and the elderly demonstrated selflessness, empathy and compassion for those less fortunate.

It was further highlighted that Rudik’s openness to sharing her experience as a successful female leader, entrepreneur and politician at numerous national and international events, made her a real role model for our Alliance Of Her alumnae and current classes.

For all of these reasons, the Alliance Of Her Alumnae Advisory Board and the wider alumnae and allies' network was proud to present the award to Rudik, as an example of what it means to be an exceptional liberal female leader going above and beyond, despite adversity.

The Alliance of Her Advisory Board