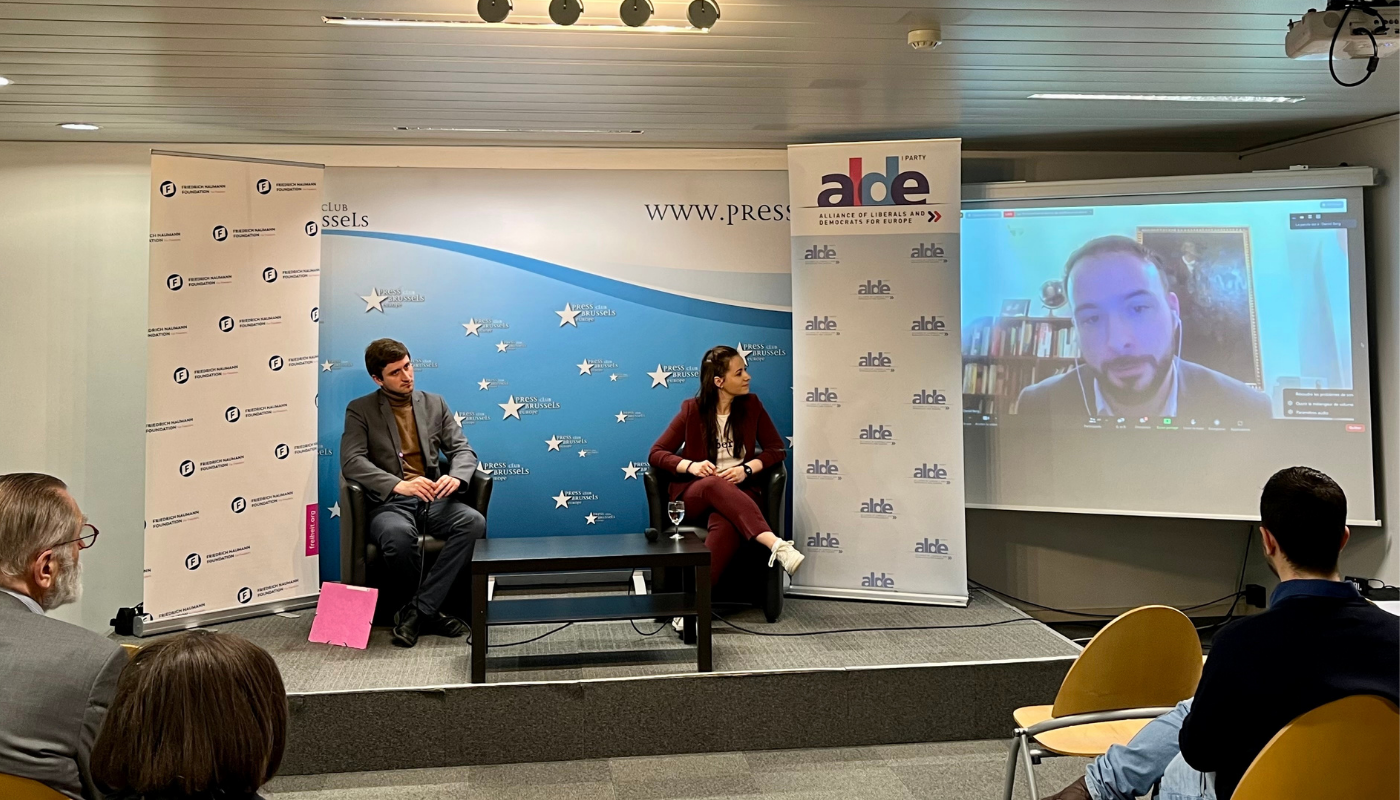 On 5 April, ALDE Party and the Friedrich Naumann Foundation for Freedom (FNF) hosted a Liberal Breakfast on the Hungarian election results.

Dániel Berg, ALDE Party Vice-President and Deputy Mayor of Budapest 2nd District, and Bálint Gyévai, LYMEC Secretary General, shared their insights and perspectives on the election results as well as their impact in the relations between Hungary and the European Union. The event was moderated by Jana Weber, EU Funding and Human Rights Manager, Friedrich Naumann Foundation (FNF).

Berg stressed the need of “a closer and stronger coalition, a true alliance and not only one out of necessity” in view of the future of the country. He remarked that the role of the media had a big impact on the election, especially because the lack of media freedom in the country and the campaigns of propaganda coming from state-owned agencies. On that note, he remarked that the opposition should work towards creating parallel institutions such as a shadow news agency to counter the state-controlled media.

Speaking about the role of youth during the election, Gyévai remarked that they were very involved and active during the campaign, including doing door-to-door campaigning. Moreover, at least 50% of the first-time voters said that they would vote for the opposition.

“There is a willingness on young people side to change the future of the country, but it was complicated to have all of them to vote”, he regretted.

Looking at the next steps after the election, Gyevai and Berg underlined that with Momentum being the second largest force of the opposition, now more than ever there is a need for a liberal perspective in Hungary. And “we need to take responsibility”, Berg added.

Did you miss it or want to rewatch again? You can do it here: