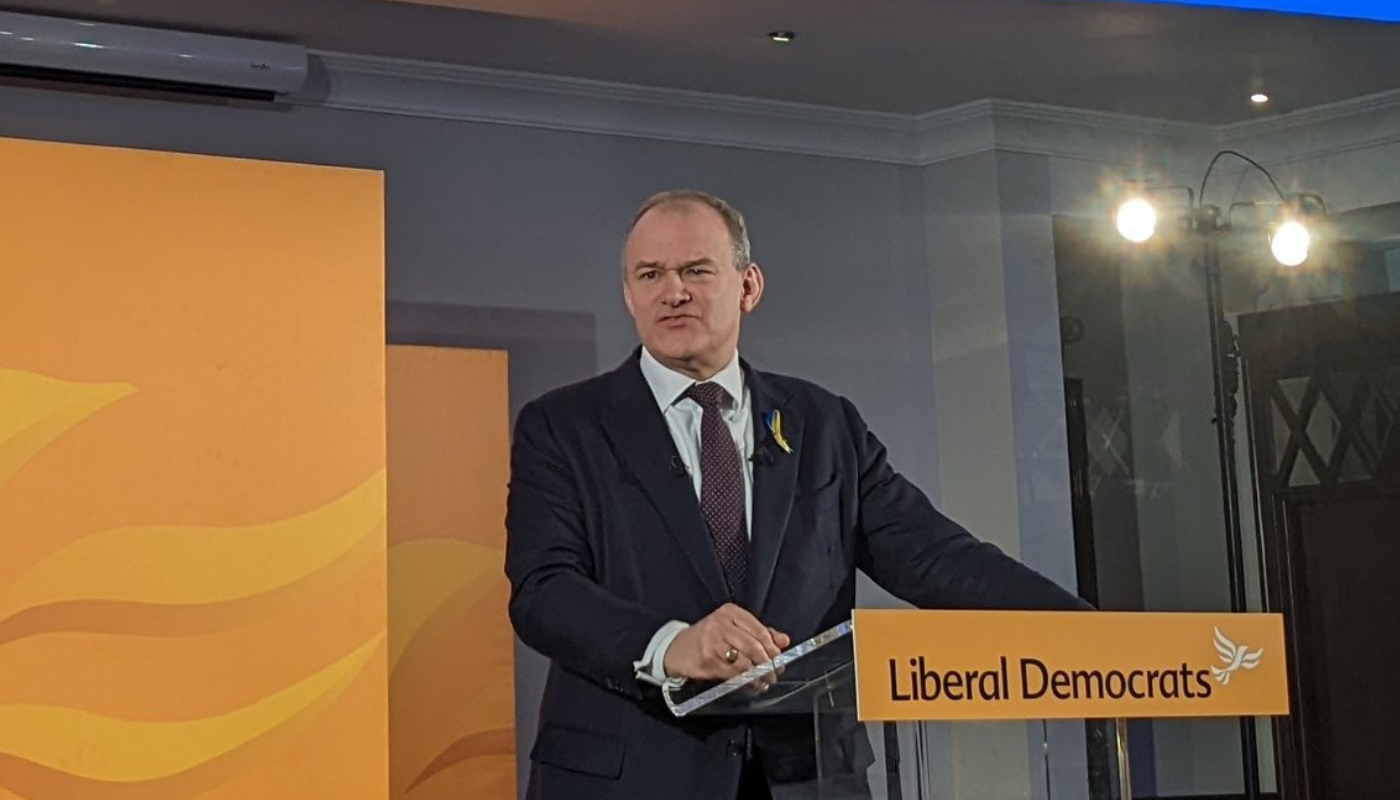 The Liberal Democrats, one of ALDE Party member parties in the United Kingdom, held its annual Spring Conference on 11-13 March.

One of the focal points of the Conference was the party’s strong condemnation of Russia’s unprovoked invasion of Ukraine, with delegates adopting an emergency motion on Ukraine.

In his closing speech, party leader Sir Edward Davey highlighted the overwhelming international support for a sovereign Ukraine, the bravery of Russians expressing opposition to this war and Ukrainian President Volodymyr Zelenskyy and his party joining ALDE Party.

“We Liberal Democrats stand in solidarity with our liberal brother President Zelensky and with all Ukrainians,” he said. “If we are to stop Putin and prevent future Putins, the UK and all who share our commitment to peace, freedom and democracy must remember the simple truth demonstrated so closely these past few weeks: we are stronger when we act together.”

Meeting virtually, delegates debated and adopted a series of political motions on issues such as tackling the cost-of-living crisis, fighting misinformation and supporting business sectors most-affected by the COVID-19 pandemic.

The party also reaffirmed its support for a longer-term objective of UK membership of the EU by adopting a motion calling for a roadmap to re-establishing good relations, rebuild associations between Britain and its European neighbours and maximising the chances of the UK ultimately re-joining the EU.

One of the most popular meetings of the fringe programme featured the party’s foreign affairs spokesperson Layla Moran in conversation with Kira Rudik MP, the leader of Ukrainian ALDE Party member party Golos, who joined from Kyiv.

Commenting on the Conference, Baroness Sal Brinton, ALDE Party Vice President, said: “Ukraine occupied much of our time and we were lucky to have Kira Rudik MP Leader of Holos one of our Ukrainian sister parties, join us for a frank Q&A.”

“It’s also becoming evident to many UK citizens that the Brexit they voted is not what was promised by the Conservative UK Government. I spoke in our debate outlining how the UK can start to rebuild its links and partnerships with the EU, and the Lib Dems overwhelmingly agreed to a roadmap that we all hope will mean the UK can re-join in the future,” she added.

The ALDE Party was also present at the event with a virtual Conference exhibition booth, hosting five virtual drop-in sessions to share the activities of the party and information about our Liberal Associates subscription programme.

For more information on the conference congress and digital recordings of the speeches, make sure you visit the Liberal Democrats website.