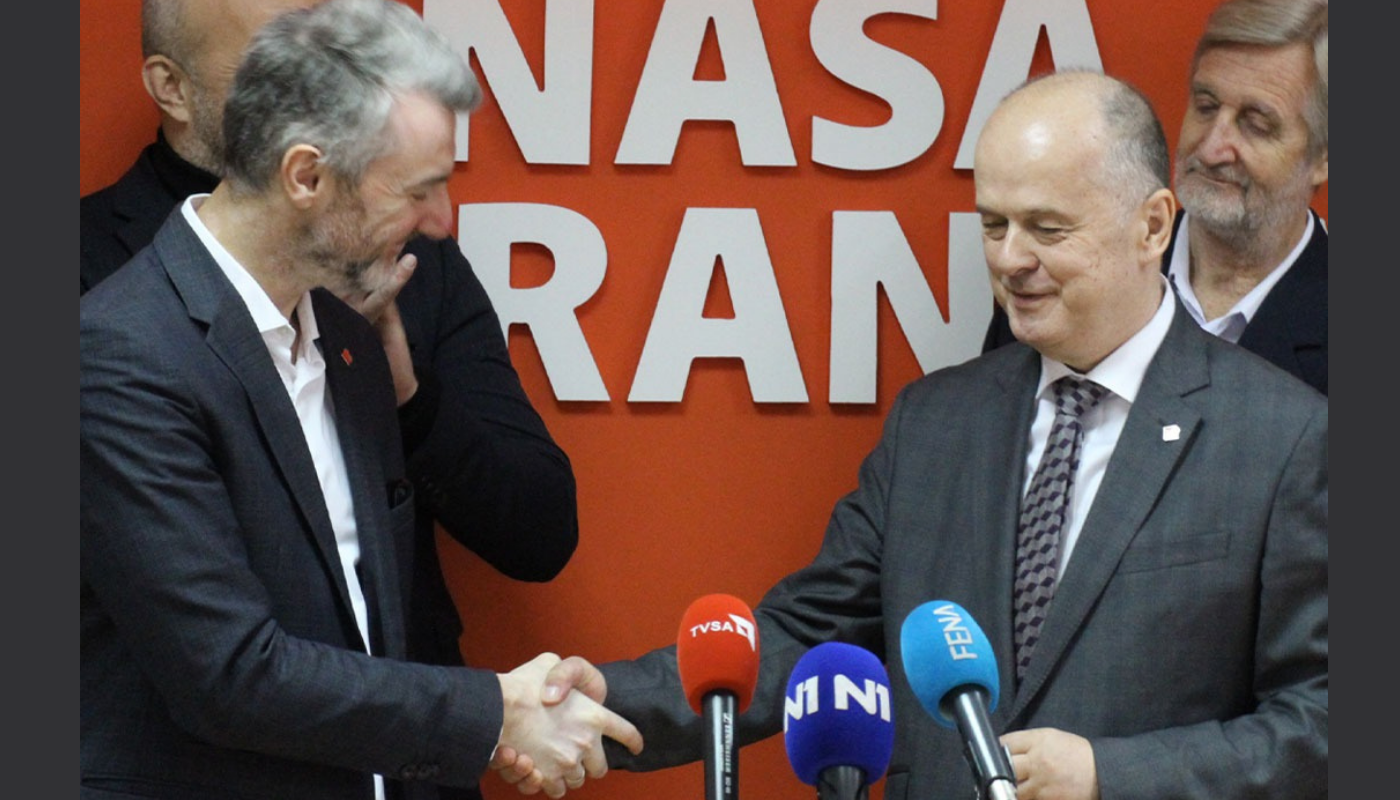 Liberal forces in Bosnia and Herzegovina have formally united after an agreement on joining the Liberal Democratic Party to Naša Stranka was signed on Monday 21 January in Sarajevo.

The agreement was signed by Edin Forto, President of Naša Stranka, and Hasib Salkić, acting president of the Liberal Democratic Party, and follows the decision of the Congress of the LDS party on 29 January to cease political activities.

Speaking after the signing of the agreement, Forto spoke of the importance of the Liberal Democratic Party in the democratic development of the country, citing the fact that it was the first registered political party in Bosnia and Herzegovina after the introduction of multi-party system.

Alluding to the parliamentary election scheduled to take place later this year, he said: “This year is crucial for Bosnia and Herzegovina and there must be a consolidation of liberal civic options. This is the first event of its kind, and more will follow.”

“This is the beginning of the growth of our party, there are more and more people who join us and show interest in our work,” he added.

Salkić highlighted that the two parties already shared a lot of the same political priorities and positions such as on human rights, especially minorities; the fight against organised crime; a free economy, unconditioned by the ethnic division of the country; and green politics.

Sabina Ćudić, President of the Main Board of Naša Stranka, spoke about the historical role of liberals in Bosnia and Herzegovina and noted that both parties were members of the ALDE Party and have engaged with ALDE members across Europe and in the European Parliament.

Roman Jakič, President of the LIBSEEN network of liberal parties in South East Europe, welcomed the news, tweeting: “this synergy of proponents of liberal democratic values ​​is necessary for the future positive development of BiH and the Western Balkans.”