Liberal Mayors meet in Vienna to reshape the future of Europe 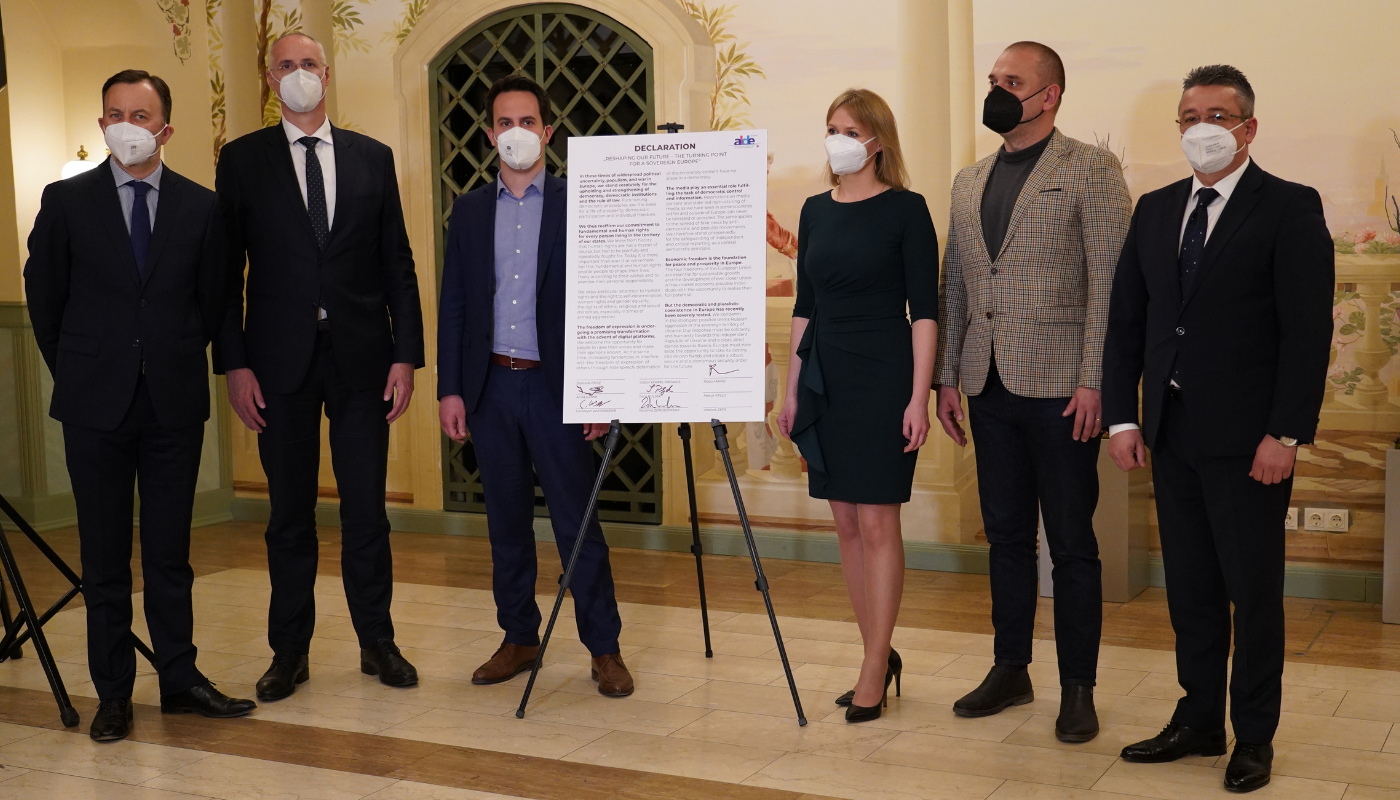 On 29 March, the New Central Europe Mayors took place in Vienna, Austria. Liberal Mayors, Vice-Mayors and other representatives from different European countries came together to get to know each other and discuss the political challenges they are currently facing in their cities and countries.

The event, hosted by Christoph Wiederkehr, Vice-Mayor of Vienna, welcomed not only liberals from immediate neighbouring countries, but also from other EU member states, as a clear sign for the desire to connect more on an international level.

The key outcome of the meeting was the joint signature of the Declaration "Reshaping our future – The Turning Point for a sovereign Europe", as an important expression of the common liberal values, particularly in times when an ongoing war is threatening European freedom. It focuses on the fight for human rights and against any forms of war, populism and fake news.

A second outcome was to establish a long-term perspective for interregional cooperation in Central Europe and beyond. With the NCE Mayors Covent, the foundation for this project was laid and shall hopefully bear fruit in the near future.

Our Austrian member party NEOS thanks all the honorable attendees that took their time to join them on this day, sharing liberal values and knowledge and are looking forward to seeing each other soon.