Liberal voices will not be silenced in Hungary: “We stay here and keep going!” 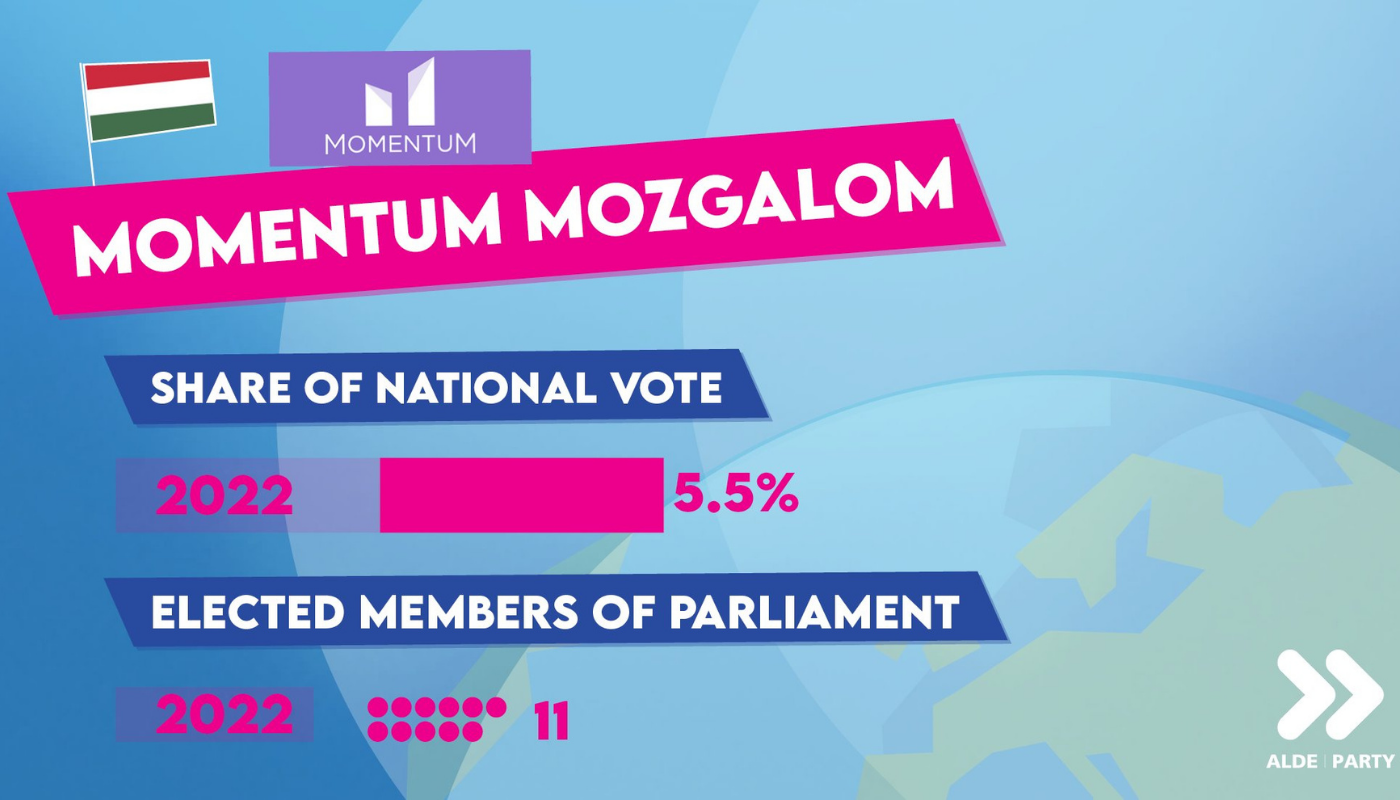 Sunday 3 April 2022 will go down in history as a missed opportunity to choose liberalism and freedom in Hungary.

The Hungarian people had the opportunity to choose a free and democratic government that could fight back after years of oppression, limiting media freedom and curtailing LGBTIQ+ and minority rights, but they voted for an autocratic conservative government instead.

Six opposition parties joined forces in an alliance United for Hungary (Egységben Magyarországért) including ALDE Party members Momentum Mozgalom and Liberalisok. The latter’s party leader, Dr. Anett Bősz, ran on a ticket of the Democratic Coalition as part of the alliance.

Despite the unexpected result, the alliance won 28.14% of the votes, therefore Momentum can look back to a successful campaign. They convinced its voters that it is worth fighting for liberal ideas and values. Under the leadership of Anna Donáth MEP, Momentum got 11 members of Parliament elected (5.53% of parliamentary seats), while the party got none in 2018.

Donáth was one of the few leaders addressing her supporters with a courageous and clear message after the election. She stated: “We stay here and keep going!”

“We are too young to accept that our future is stolen from us. We continue to fight for the dream of a European and Western Hungary, because we can't do anything else. We don't leave, we stay here and keep going! This will not continue and what we have to do is to be here to build a new, freer country. Come and join us!”, she encouraged.

Bősz thanked all her supporters for her campaign in her constituency. She shared her message with the broad audience on Facebook. You can watch it (in Hungarian) below:

"I am especially worried about my homeland's future. Basically, our campaign has collapsed after the war broke up, and the simplicity of the government's communication about war and peace was impossible for us to overcome. I am watching this process with deepening concern, probably the whole European Community will be saddened," she declared.

“The voters of Hungary have been elected, and based on the result, I congratulate the Fidesz-KDNP association. Thanks to everyone who helped our campaign with their work, and of course to the voters. Candidates, civilians, campaign staff and tellers: thank you! I am afraid that difficult years are waiting for Hungary, so let us hold hands and continue to work for a fairer, more humane and European Hungary!”

The opposition successfully campaigned against these bills achieving 56% that either abstained or were invalid.

✊ Together, we’ll keep up the fight for a liberal Europe! pic.twitter.com/X43QjoXFBj

Today was not the day. But the day will come. We will always have faith in a better Hungary— and we need Europe to have faith in us too. https://t.co/OpNxxZ3NNV