Liberals give EU enlargement a push in Sarajevo 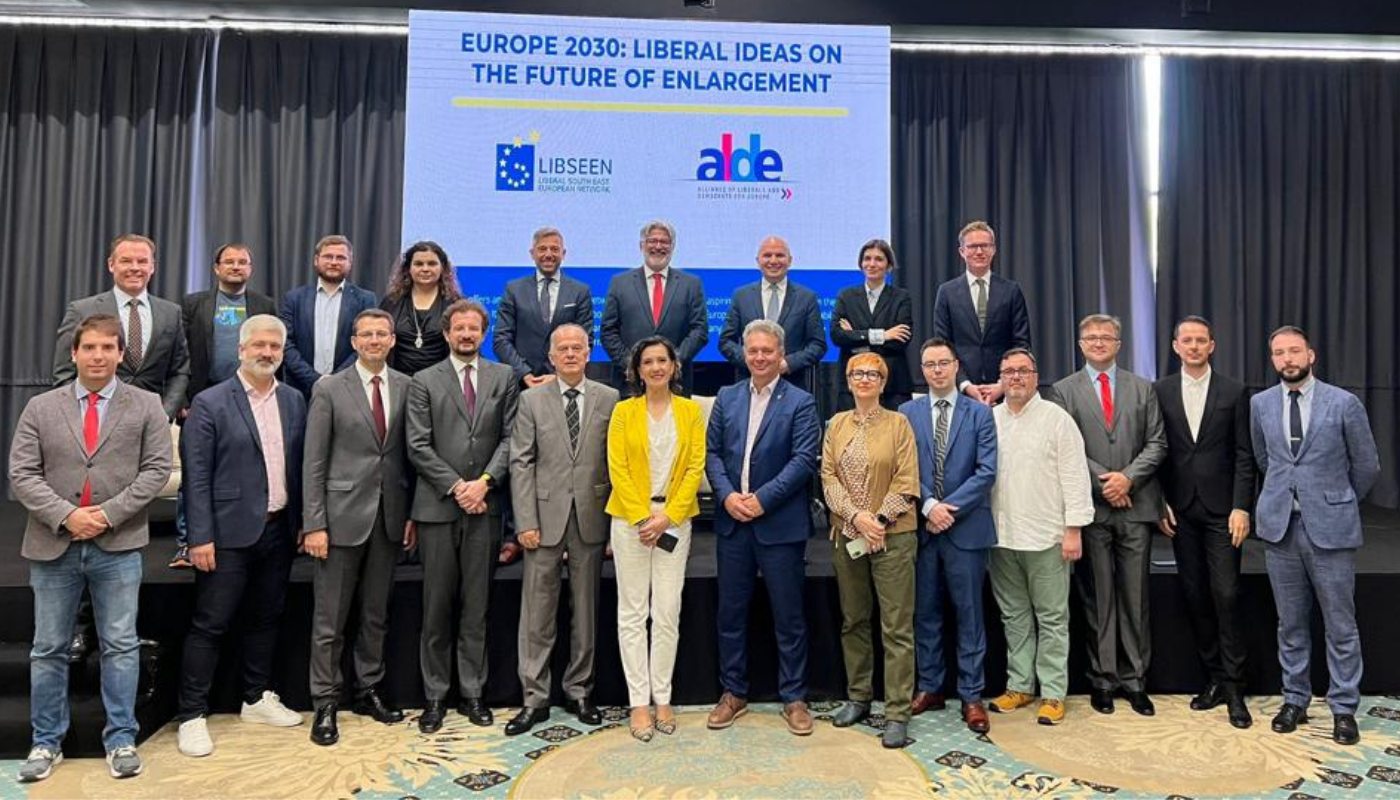 On 14 May, the Liberal South East European Network (LIBSEEN) gathered in Sarajevo to discuss a liberal roadmap to EU enlargement in the Western Balkans.

The main objective of the event was to give back credibility to the enlargement process whilst safeguarding European and liberal values in the current geopolitical context and having in mind the aggression on Ukraine and the peaking crises in the Western Balkans, especially in Bosnia and Herzegovina, Kosovo, and Montenegro.

ALDE Party acting co-President Ilhan Kyuchyuk MEP and ALDE Party Vice-President Dániel Berg were present at the event, where they participated in panel events on the role of enlargement in strengthening Europe’s geopolitical position and the current state of enlargement talks.

Kyuchyuk said: “Everything has changed since Russia’s invasion of Ukraine. We simply cannot take stability for granted. This is why there is no doubt in my mind the EU is simply incomplete without the Western Balkans. The only way to have a Europe that is whole and free with a credible promise of accession to the EU. This provides individual states an incentive to improve their working relationships and work on reconciliation more robustly.”

Berg stated: “We must act together with our Western Balkan partners against populism and nationalism, corruption and Kremlin influence. That is why the ALDE Party supports closer and wider European integration, as well as EU accession of the Western Balkan countries, Ukraine and Moldova. Only a strong, united Europe can counteract the autocracies in the East.”

Happy to be in #Sarajevo for the @LIBSEEN meeting to discuss and give back credibility to the #EU Enlargement process. In times of war and Putin’s aggression in #Ukraine we should safeguard EU and liberal values by boosting the Integration of the #WesternBalkans. pic.twitter.com/YHJjHqOtqt

Always a pleasure catching up with a great friend and a committed European @ilhankyuchyuk. This time in #Sarajevo for the @LIBSEEN gathering. pic.twitter.com/9foxo2UVbM

It was great to meet with liberals from southeast Europe this weekend in beautiful Sarajevo.