Today on 10 January, liberal ministers took office in the Netherlands as a new government was sworn in.

“Congratulations to VVD, D66 and Prime Minister Mark Rutte for the formation of the new coalition government in the Netherlands. With the goal to lay the foundation for the next generation, the country is in safe liberal hands and I am sure it will continue to play a key role in the European Union.”

A full list of ALDE Party members of the new government is below. 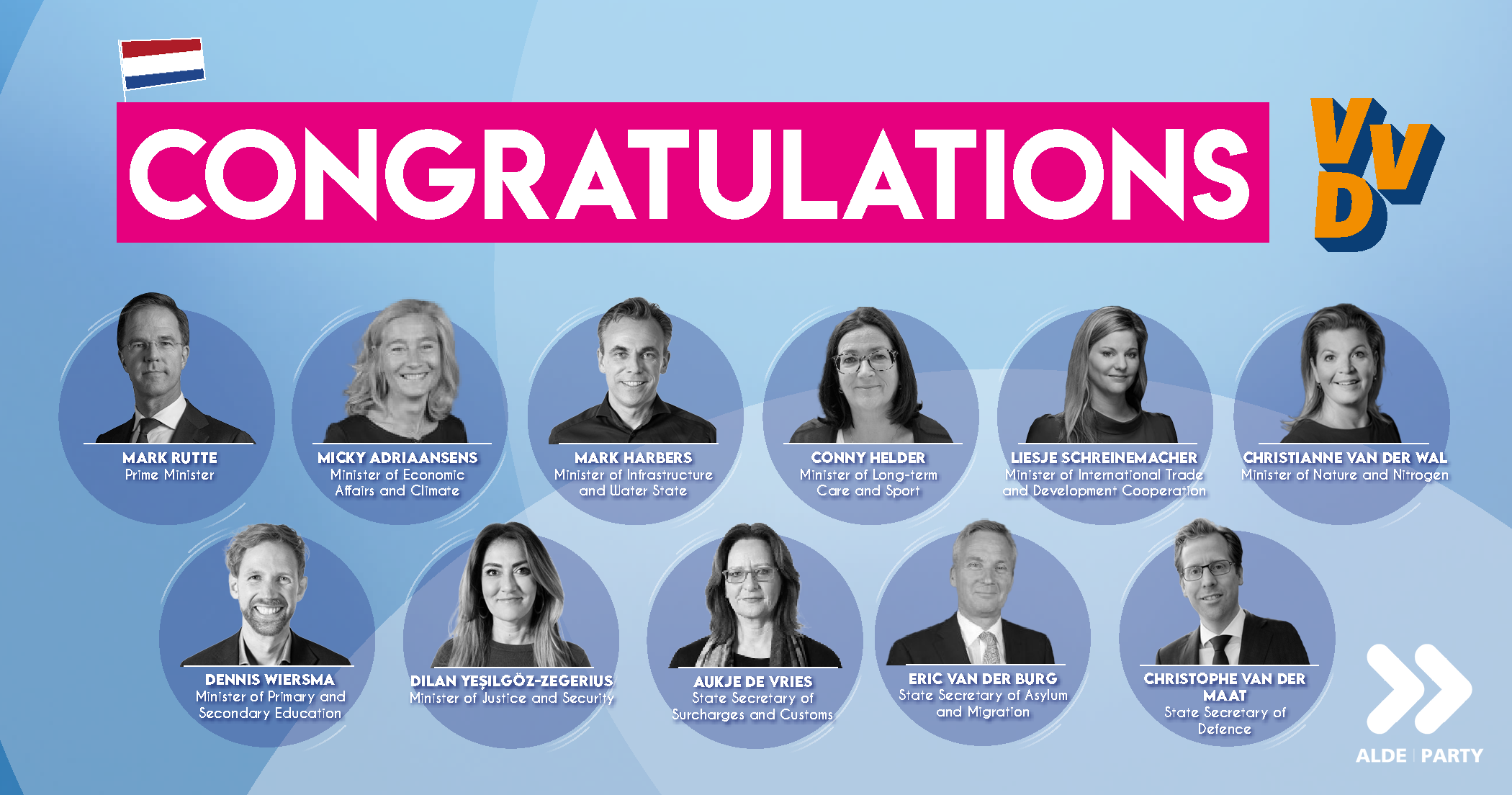 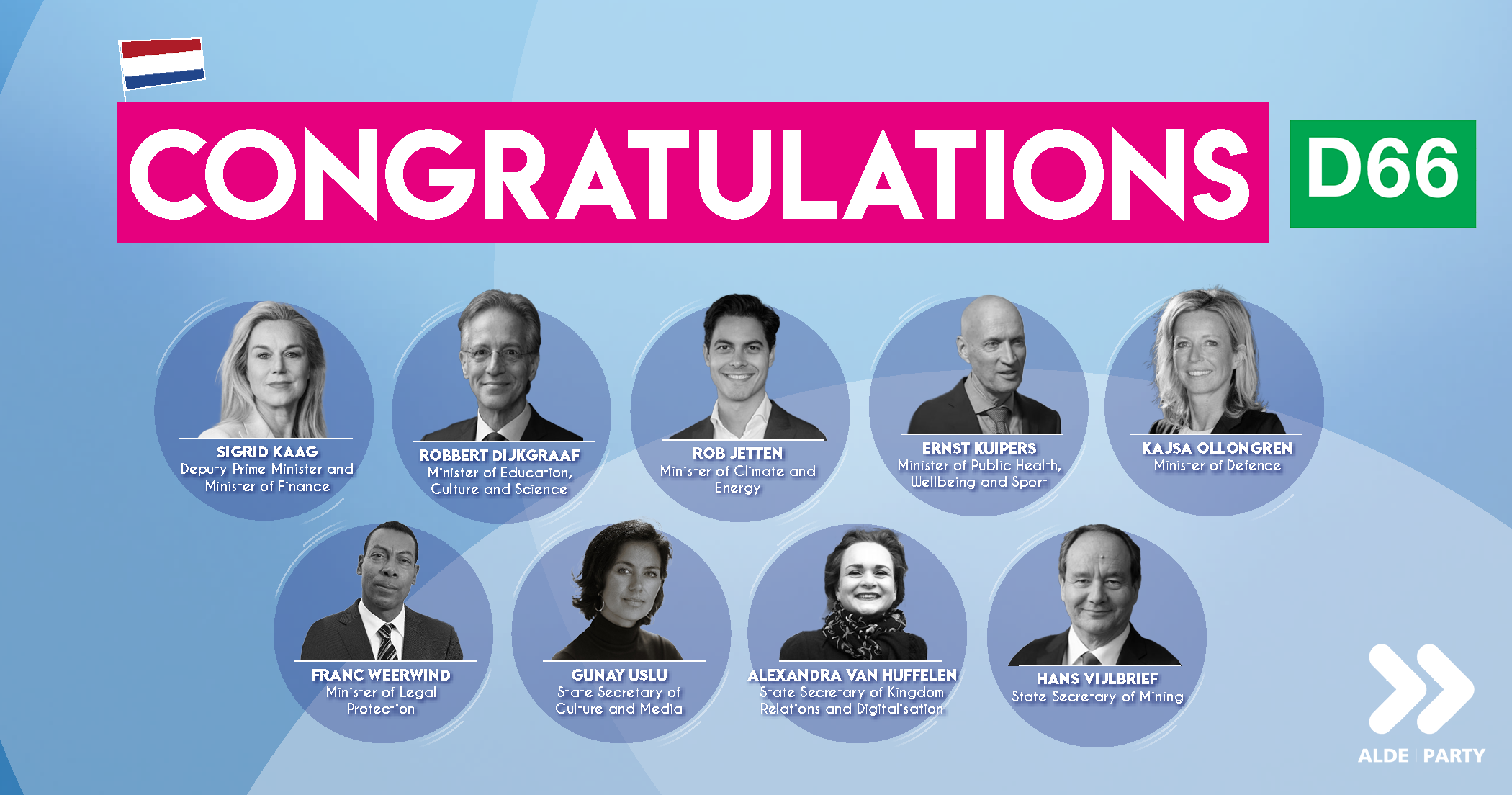 Photo: (c) Government of the Netherlands