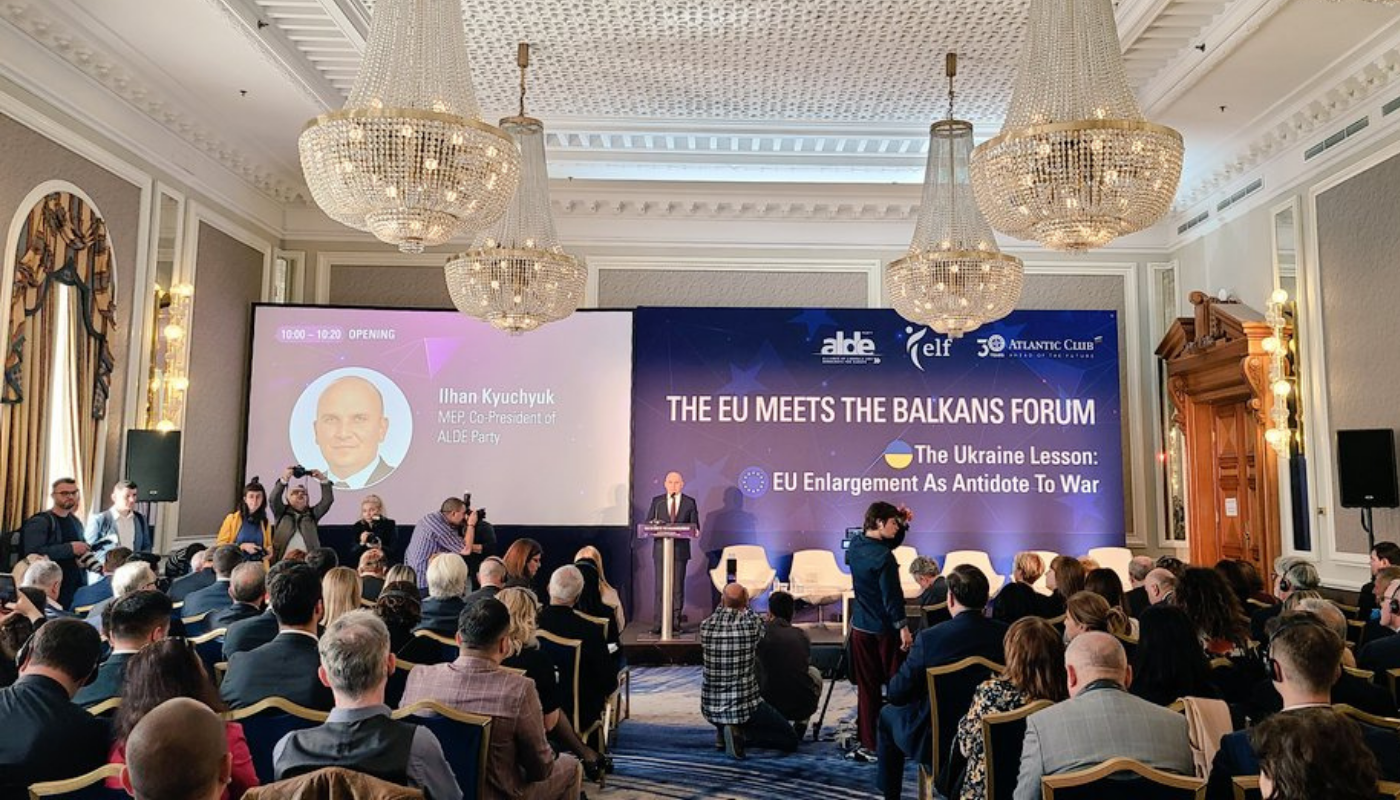 On 26 April, in collaboration with the ALDE Party and the Atlantic Club of Bulgaria, the European Liberal Forum held a timely conference on the European integration of the Western Balkans. It brought together many politicians and EU decisionmakers such as Olivér Várhelyi, EU Commissioner for Neighbourhood Policy and Enlargement, Federica Mogherini, Rector at College of Europe, former HR/VP of the European Union for Foreign Affairs and Security Policy, Olha Stefanishyna Deputy Prime Minister for European and Euro-Atlantic integration of Ukraine and many more.

The focus of the conference was that of the lessons learned from Ukraine, and whether EU enlargement in the Western Balkans can serve as an antidote to war. Other issues discussed included disinformation in times of crisis, NATO and EU cooperation, the benefits of EU integration as well as the costs of no-integration.

North Macedonian and Albanian accession to the EU were also debated, as both foreign affairs ministers were present. During the same conversation, Olivér Várhelyi expressed his disappointment with the lack of progress on the ongoing talks.

ALDE Party Co-President Ilhan Kyuchyuk MEP, delivered a keynote speech. He highlighted his work as rapporteur in the European Parliament reports on North Macedonia, as well as how liberals have been leading the effort to support the Ukrainian people against Russian aggression. He said: “Historically, the security and stability that many of us in Europe have grown up with is an exception. If we are not careful, we will slide back into the jungle of war. The war in Ukraine is not only about the sovereignty of the country, but a war of values.”

Olha Stefanishyna, Deputy Prime Minister for European and Euro-Atlantic integration of Ukraine and member of ALDE Party Ukrainian member, Sluga Narodu, added: “We know European citizens stand with Ukraine. We also know the scenario of surrendering will never be successful, it will never stop Russia from further aggression. Today Ukrainians are united and mobilized as never before. We understand that we are not only fighting for the peaceful future of Ukraine, but of Europe as a whole.”

You can watch the event in full below.

Historically, the security and stability that many of us in #Europe have grown up with is an exception. If we are not careful, we will slide back into the jungle of war, because the battle for #Ukraine is not only about the sovereignty of the country, but a war of values. pic.twitter.com/P5sX1zf4Xy

Ukraine with its strong army is key to post-war European security.

It is time for bold political decisions to ensure prosperity, security & freedom of the whole continent. So-called strategic ambiguity only helped to induce the war.#EU meets the Balkans: lessons from #Ukraine pic.twitter.com/QFcXtAsu8D

🔴 If you didn't manage to make it for EU Meets the Balkans Forum, you can still check out the event via livestream, opened by ELF Executive Director @DKaddik.