Speaking from Berlin on 26 September, in response to the preliminary results of the German Bundestag elections, ALDE Party acting co-President Timmy Dooley said:

“I would like to congratulate our liberal partners Freie Demokratische Partei, FDP and its leader Christian Lindner on the excellent results in these elections.”

“As European liberals, we always like to see our member parties succeeding in elections and I am especially pleased that the FDP looks set to increase its share of the vote from the last election and elect more liberal members to the next parliament.”

“I would like to warmly congratulate Christian Lindner on leading a successful nationwide campaign, and wish him the very best of luck as the party now looks ahead to potential coalition discussions and hopefully a key role in setting the course for a new government.”

“While Germany and the rest of the European Union will be waking up to a new political reality without Angela Merkel as Chancellor, we hope and trust that the FDP will play its part in ensuring a Germany remains a strong, stable and forward-looking force within Europe. Together with the FDP we look forward to working together to build a stronger and more liberal Europe." 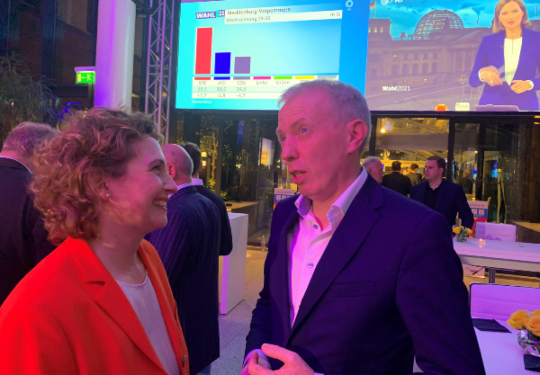