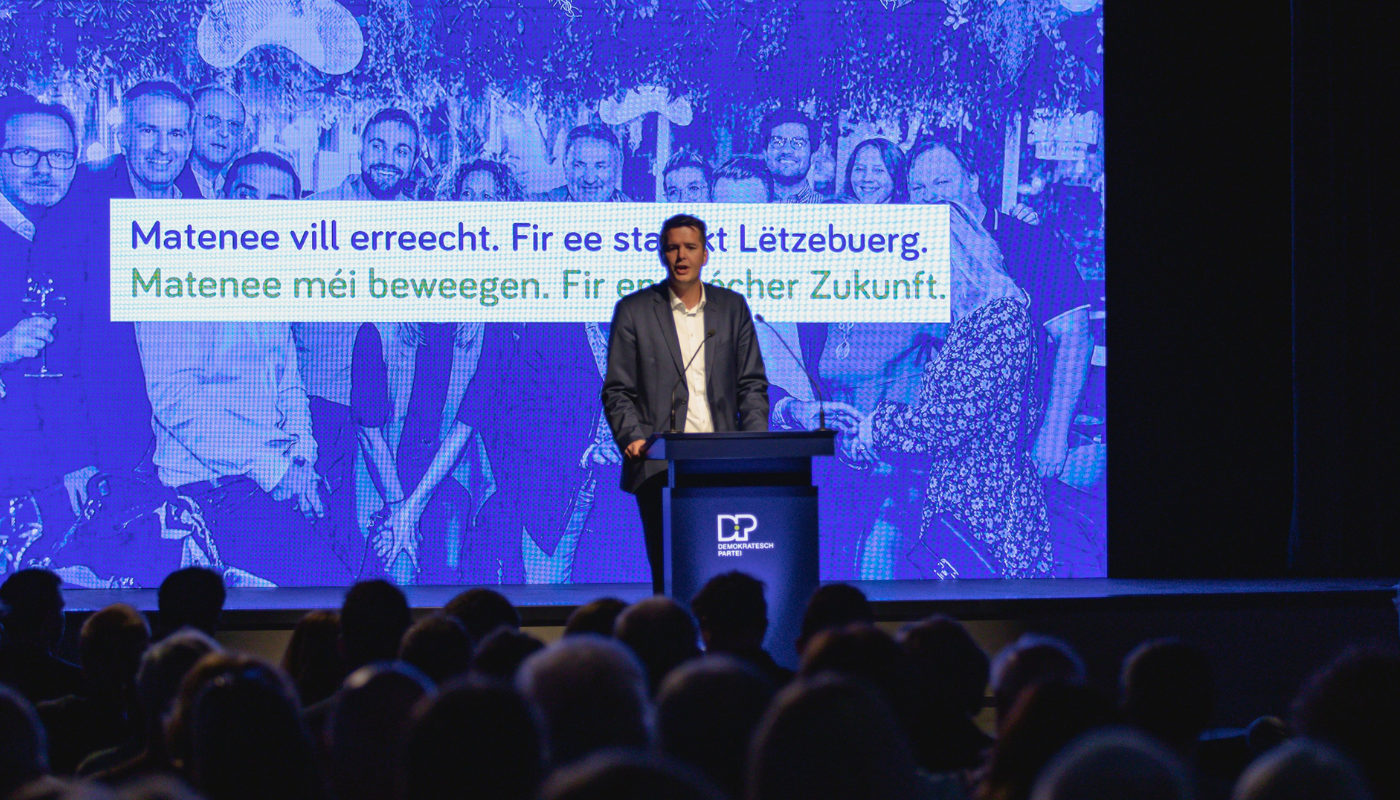 The Party’s leadership will also consist of Max Hahn as first Vice-President as well as Marc Hansen and Claude Lamberty as second Vice-Presidents. Myriam Feyder has been appointed treasurer.

Xavier Bettel who attended the Congress expressed his optimism for the party under the new leadership.

The Congress was an opportunity to thank the outgoing president of the party Corinne Cahen who has stepped down after 7 successful years marked by the modernization of the party ahead of upcoming parliamentary and local elections in 2023.

Super support for the new lead of @dp_lu 💙 At #DPKongress22 today, the new executive bureau was elected by a large majority: the new #DP president @LexDelles got 98.95% of the votes, while the new Secretary General is @CaroleHartmann (with 97,9% of the votes) 💪🏻👏🏻 (1/2) https://t.co/bAeOYlXG7r