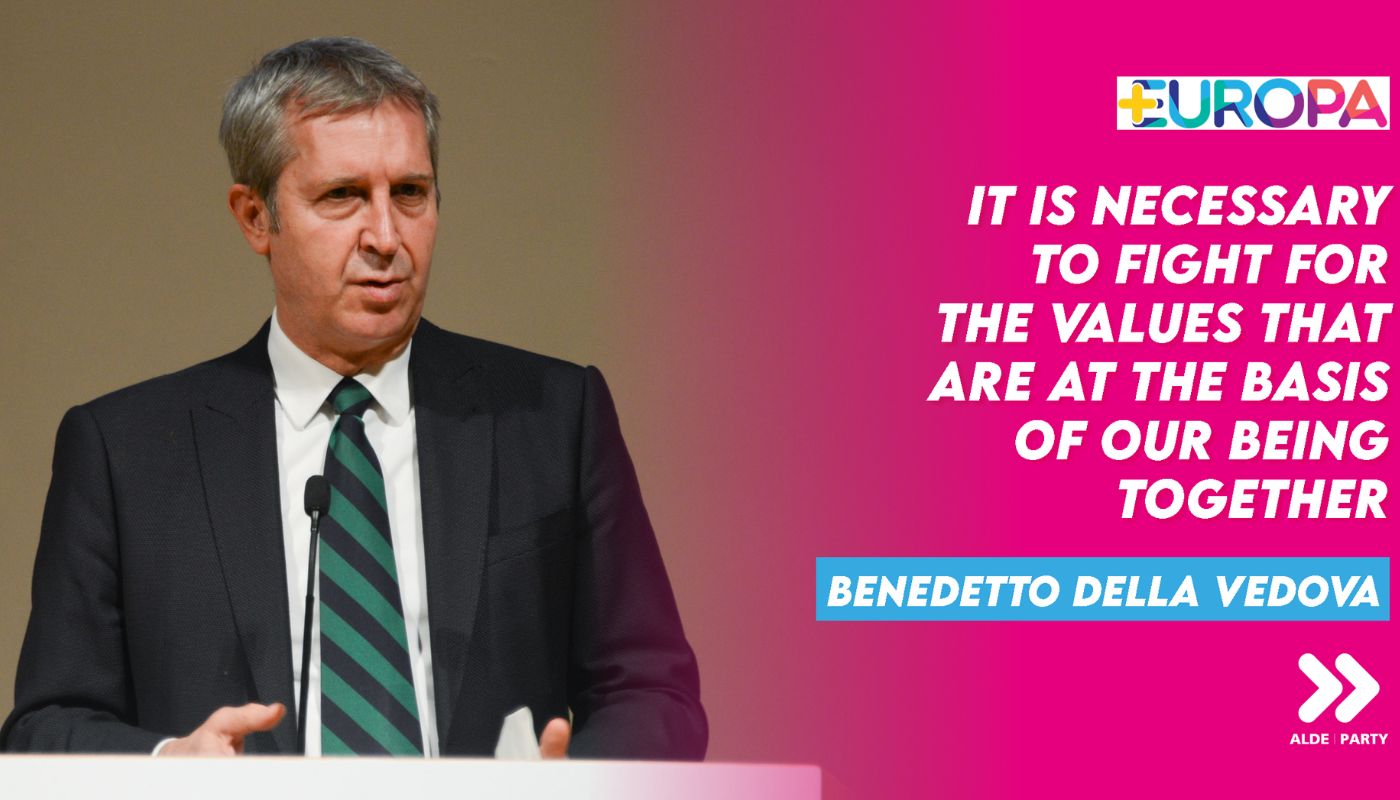 In this regular interview series, we reach out to some of our party leaders to hear their thoughts on liberalism, Europe and beyond. In this episode, we spoke with Benedetto della Vedova, leader of ALDE member party Più Europa in Italy. He shared how he took part of the reignition of the liberalism in his country and how he is fighting for changing the perception of Italy's membership of the European Union.

You have been active in politics for almost three decades. What inspired you to become a politician, and what have been some of the most memorable or difficult moments you have experienced in this role?

I became a politician because I shared the ideas and the method of political action of Marco Pannella and the radicals, who were the protagonists of the great steps forward in Italian society on civil rights. My subsequent experiences as an Italian and European parliamentarian and member of the government have given me many satisfactions. Perhaps the most significant, however, was that of having founded a pro-European party at a time when almost all the other political forces in Italy had become Eurosceptic.

Is there anything that you have done or achieved that would surprise people?

Not one in particular, but a series of determined stances, such as not supporting governments dominated by populist formations, which I am proud of even if they were difficult and led to the resignation of important leaders of my party, but which then contributed to the birth of the Draghi government.

Your party was established four years ago. What have been some of its biggest achievements and challenges over these past years, and what do you hope the next four years will bring?

The main success has undoubtedly been to have contributed, along with Emma Bonino and her amazing determination, to changing the perception of the validity of Italy's membership of the European Union, sealed in a certain sense by the formation of the government headed by Mario Draghi of which I am honoured to be part of. To have claimed this political identity, before the pandemic crisis and the strong response of the EU, showed everyone the validity of our position. This is certainly something of which I am proud, as well as having given life last year, as a party and in conjunction with other movements, to important referendum proposals on civil rights and justice reform in our country.

Più Europa is an example we see across Europe, an emerging political movement that then becomes a political party. What do you see as the main challenges for this type of model?

It is important that new political formations can emerge from the mobilization of citizens on some specific or societal issues. Just think of Fridays for Future, which pushes European leaders on environmental issues. They don't all need to turn into parties. In Italy, the parable of the 5 Star Movement, born to revolutionise politics and transformed into a party of power, losing any original identity, is an eloquent example, but it is certainly a phenomenon to be watched with great attention.

There are several liberal parties in Italy. What makes Più Europa different from the others?

Paradoxically, many Italian parties like to define themselves as "liberal", without really being so, sometimes not at all, while the authentically liberal culture has always been very minoritarian. The challenge that with Emma Bonino and Carlo Calenda we intend to launch in this crucial year for our country is precisely that of consolidating our federation, the Italian leg of the ALDE party. 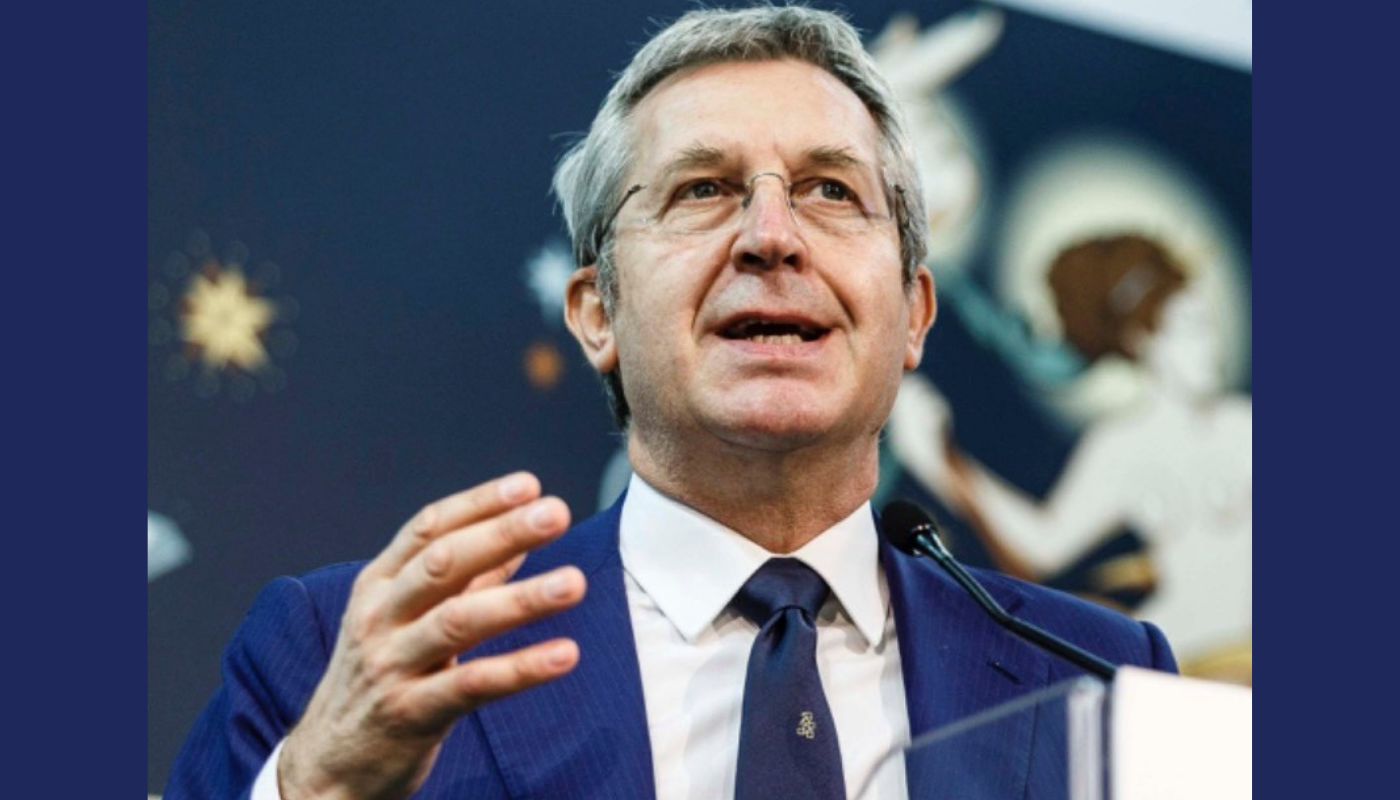 With a background as an MEP and currently an Undersecretary at the Ministry of Foreign Affairs and International Cooperation, what do you think will be the potential future issues for European and global cooperation, and how can liberals help overcome them?

It is necessary to strengthen the common European policies, to reiterate the need to defend and promote the rule of law everywhere in the world, to fight even more strongly so that the values that are at the basis of our being together are respected and not trampled, as is happening in this moment in at least two Member States.

What does being a member of the ALDE Party and the wider liberal family mean to you and your party?

For us, it means  being part of a European political family with whom you share common ideals, and with whom you have the pleasure to dialogue on issues where you don't necessarily think the same.

The name of your party translates to ‘More Europe’ - what is your party currently doing to advocate for more Europe in Italy?

Our task is facilitated by the need to fully implement the #NextGenerationEU funds* which, have allocated the largest share of resources to Italy. This is enough to have given all its meaning to our "more Europe", although of course we want even more.

In 2022, I would like to contribute to the creation of a strong liberal democratic and pro-European political body, capable of bringing together all those in Italy who oppose at the same time the sovereigntist and populist parties. We have already laid the foundations by forming an open federation with Azione, the party of Carlo Calenda MEP, which in the process of joining the ALDE party.

* The NextGenerationEU is the recovery instrument launched by the EU to help Member States repair the immediate economic and social damage brought about by the COVID-19 pandemic. 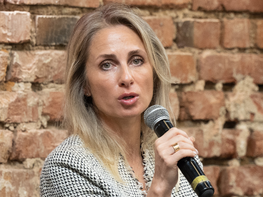 Charanzová: The Single Market is still not complete 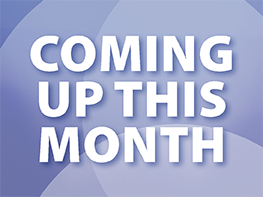 Coming up this month: February