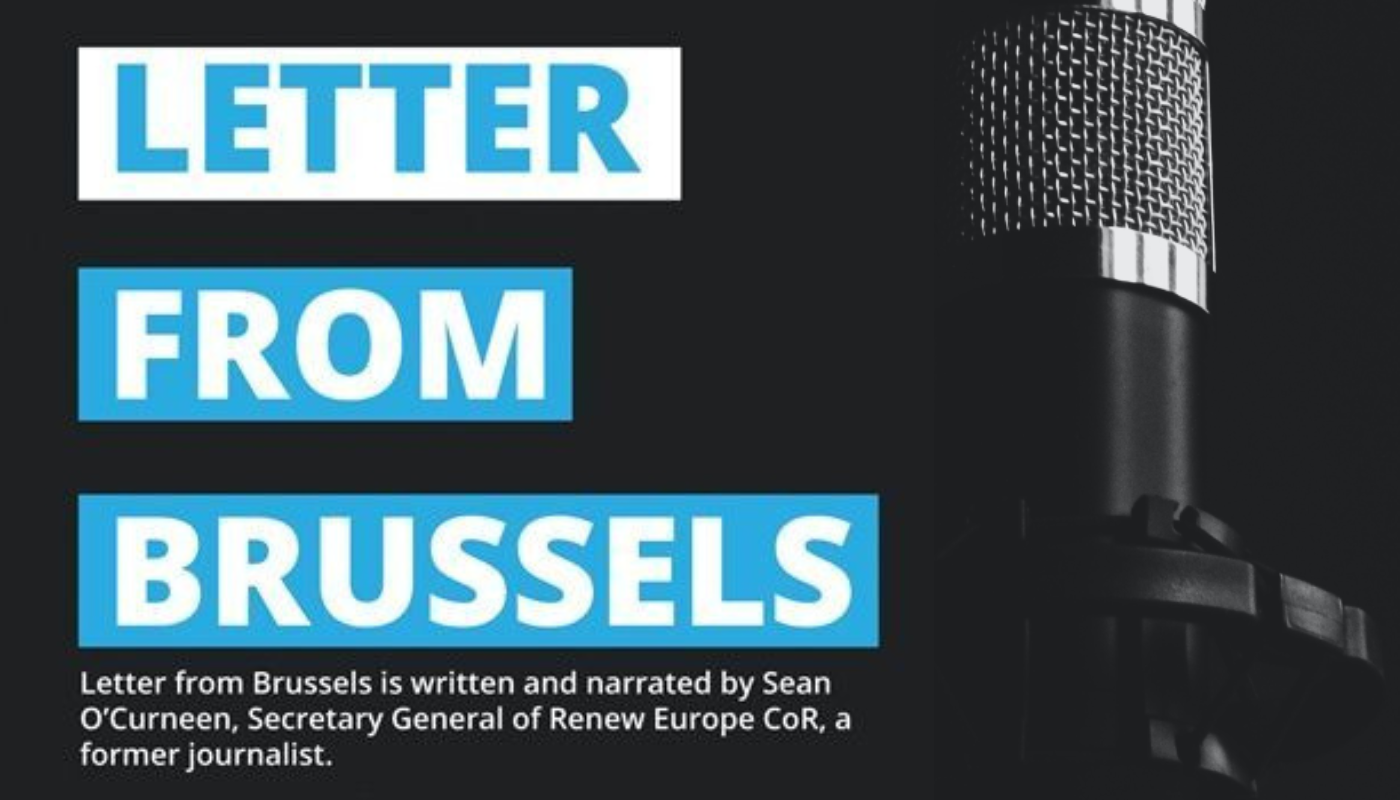 A new episode of Renew Europe at the Committee Of Regions’ podcast ‘Letter from Brussels’ is out and takes you all over the world: to the west in the middle of the Atlantic with the new President of the Committee of the Regions; to the south to one of the EU’s land borders with Africa; and to the north to the Arctic, which has become of great interest to China.

In addition, listeners will learn why Jasna Gabrič and Kate Feeney, two of  the new Vice Presidents of Renew Europe CoR, are political leaders you need to follow. And, to conclude, the story of the antique car in Brussels which could have helped change the course of climate history.

‘Letter from Brussels’ is written and narrated by Sean O’Curneen, Secretary General of Renew Europe CoR, a former journalist, and is partly inspired by BBC radio’s Letter from America by Alistair Cooke which ran from 1946 to 2004. The podcast is recorded in English; it appears after every CoR Plenary, at least 5 times a year.

Episode 9 can be listened to here: Apple, Spotify, YouTube and Spreaker.