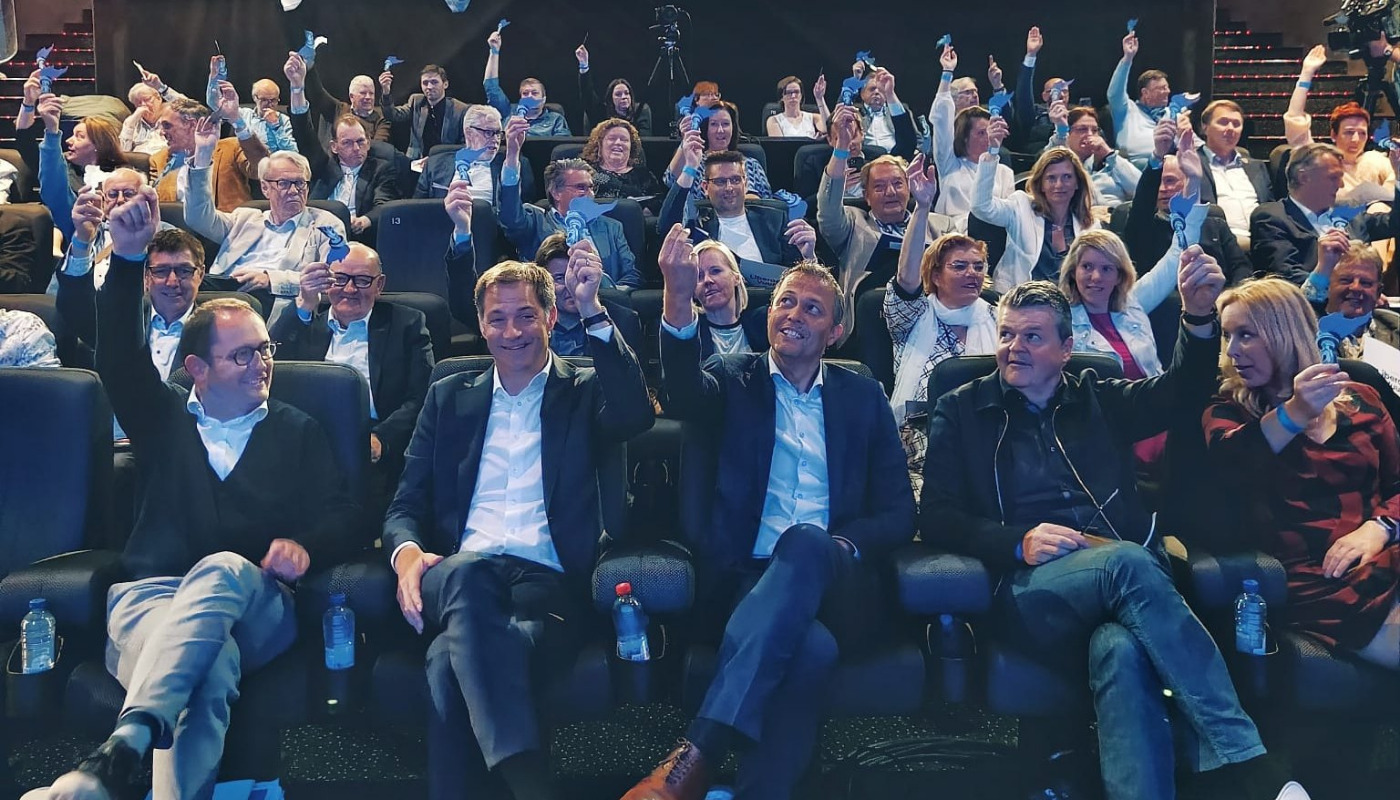 Flemish liberals gathered in Ghent for the first of four ideological congresses to produce an ideological resourcing and a new name by early 2023. Party Leader Egbert Lachaert, stressed that this renewal operation must fan the liberal flame and update existing party policies.

“We live in turbulent times and our freedom is under serious pressure in different ways. We need a strong liberal party more than ever to keep fighting for our freedom and the progress of every human being. Together with people from inside and outside our party we formulate several political priorities on which the members can vote and which we will take to a large Liberal congress in 2023,” he stated.

The theme of the day was “Stronger democracy and a more efficient country”. The three different working groups were chaired by Stephanie D’Hoose (President of the Senate), Willem-Frederik Schilz (group leader in the Flemish Parliament) and Francesco Vanderjeugd (mayor of Staden). Each working group discussed and voted resolutions resulting in following policy positions:

Prime Minister Alexander De Croo concluded the Congress by underlining that no one can take freedom for granted and that it’s not something abstract. He warned that our democracy is under attack nowadays stating:

“It is not only in China and Russia that the democratic model is rejected, in Europe too there are those who want to install illiberal democracy… You see it every day on social media. That is what is at stake in the coming months and years: mobilising all democratic forces to defend our freedom, prosperity, and security, including in our country”

On the evening before, Open VLD members gathered at its statutory event making a change to the party board. From now on it is no longer possible for family members to be part of the board simultaneously, the youth chairman has full voting rights, and the board must consist of equal mandate and non-mandate holders.

The next Liberal Fire Congress “Progress in a modern economy” will be organised in Leuven on 21 May.