Over two million voted for “For Peace and Freedom” in Russia 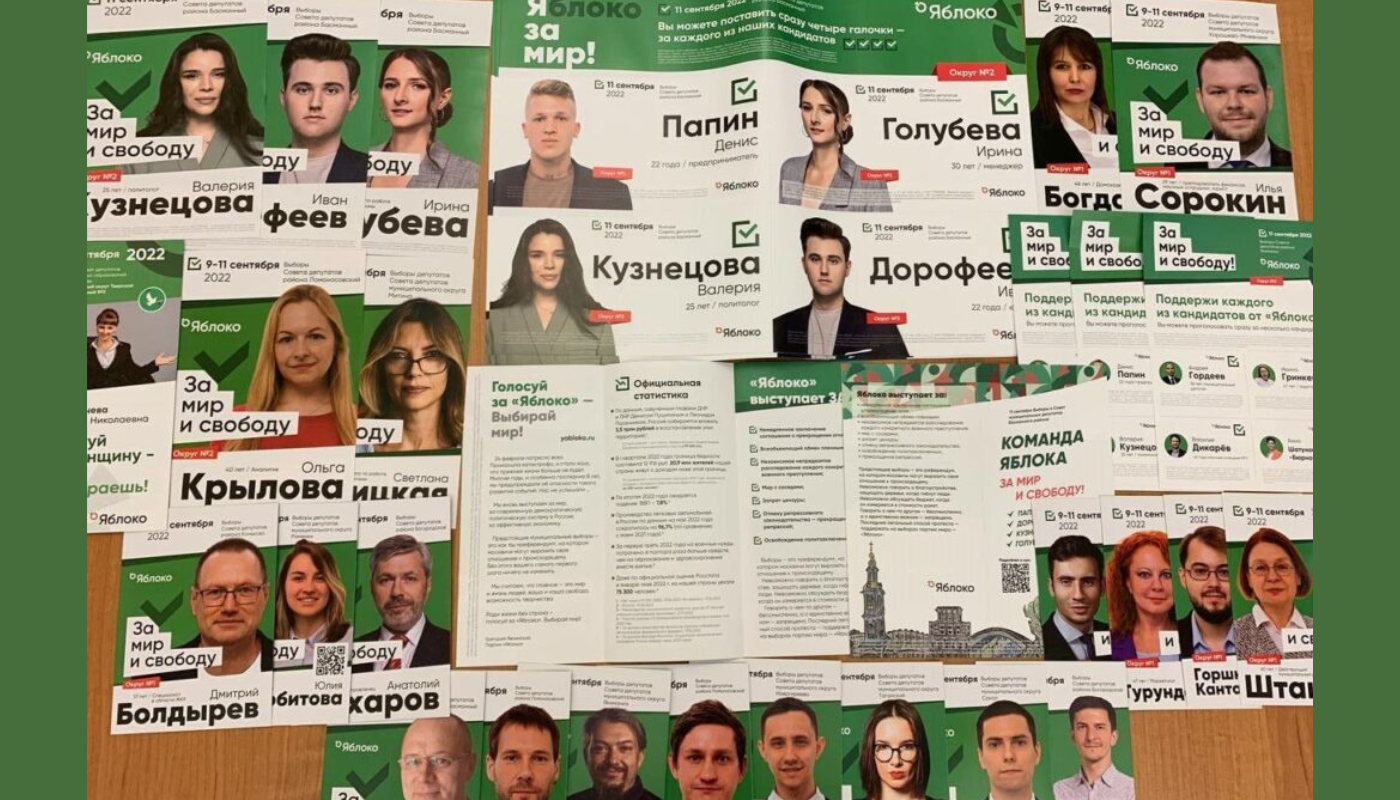 Regional elections were held in Russia on 9-11 September, and Yabloko, ALDE member party in Russia, went to the elections with the slogan "For Peace and Freedom" stating that peace should be the primary goal for all.

Nikolai Rybakov, the leader of Yabloko, said that the main task of the party had been fulfilled: in the 12 regions of Russia voting, hundreds of thousands of citizens had the opportunity to declare their attitude peacefully and safely to what was happening in the country, Ukraine, and the world.

During the campaign, the Yabloko outlined their proposals for the very first steps to achieve peace between Russia and Ukraine, and their candidates campaigned under the slogan “For Peace and Freedom!”.

The authorities refused to register many of the candidates. Some tried to defend in court the right to participate in the elections until the last day. 11 Yabloko candidates were accused of extremism, five of them served administrative arrests from five to 15 days, and during the days of the vote the party reported its candidates and observers being searched, protocols of offense were drawn up against them, and some were detained or removed from polling stations.

According to provisional data, the party’s candidates had won more than two million votes, and candidates nominated by Yabloko received strong support from Muscovites and would have been elected. However, with the results of remote electronic voting added, Yabloko candidates fell to fifth and even eighth places. Thus, only three or four candidates will get mandates in Moscow.

In the Pskov region, north-west Russia, about 200 Yabloko candidates took part in the municipal elections, and despite electronic voting and actions against its candidates Yabloko managed to win 15 mandates in 12 municipalities of the region, and one mandate in the Pskov city council.

In the Urals, in the Sverdlovsk Region, one Yabloko candidate was elected to a district city council.