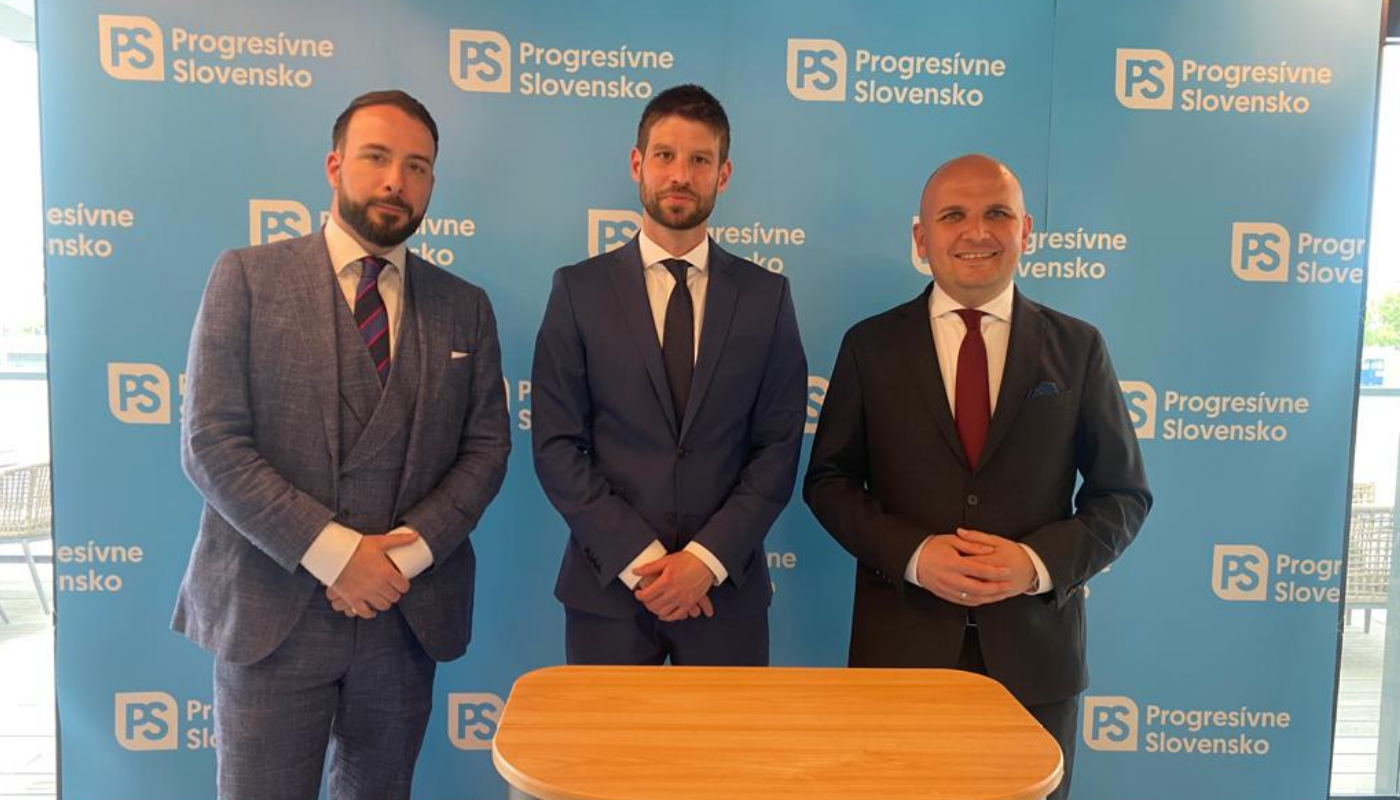 On 7 May, ALDE Party member Progresívne Slovensko held its first in person Congress in two years. Delegates gathered in Bratislava to elect Vice-President of the European Parliament, Michal Šimečka MEP, as party leader. The Congress also focused on the upcoming elections, as 2024 will be a decisive year for Slovakia and Europe with both parliamentary and European elections.

Šimečka thanked his predecessor, Irena Bihari, for her leadership during the two very last difficult years. After being announced as President of the party, Šimečka said: “My goal is to show that it can be done differently. It is possible to manage the state competently and civilly, without theatre and quarrels. You cannot steal, and at the same time make important system changes. It is possible to manage crises and, at the same time, move Slovakia towards what we have always wanted - a European quality of life for all.”

ALDE Party co-President, Ilhan Kyuchyuk MEP, delivered the opening remarks: “The story of Progresívne Slovensko is an inspiring one. In a way, it is the classic story of a nascent European liberal party. A party with humble beginnings. A party that was born out of frustration of the failures of the old political establishment. From the left to the right... It gives me hope because I know Progresívne Slovensko is the European party in Slovakia”

ALDE Party Vice-President Dániel Berg also attended the Congress, where he delivered a speech that highlighted the humble beginnings of Progresívne Slovensko and his home party of Momentum: “Our common history in Central Europe has often been tumultuous and tragic. But we have a bright future represented by parties like ours. Parties that say no to corruption, to nationalism, to illiberalism and to populism. Parties that have a vision of a democratic, liberal, new Central Europe.”

If you missed it, you can watch the full Congress in the videos below (in Slovak):

Today I am in Bratislava to address the Congress of our @ALDEParty member @progresivne_sk. Together with my colleague @MSimecka we will be working for stronger #Slovakia and #Europe pic.twitter.com/lKSZpyThzJ