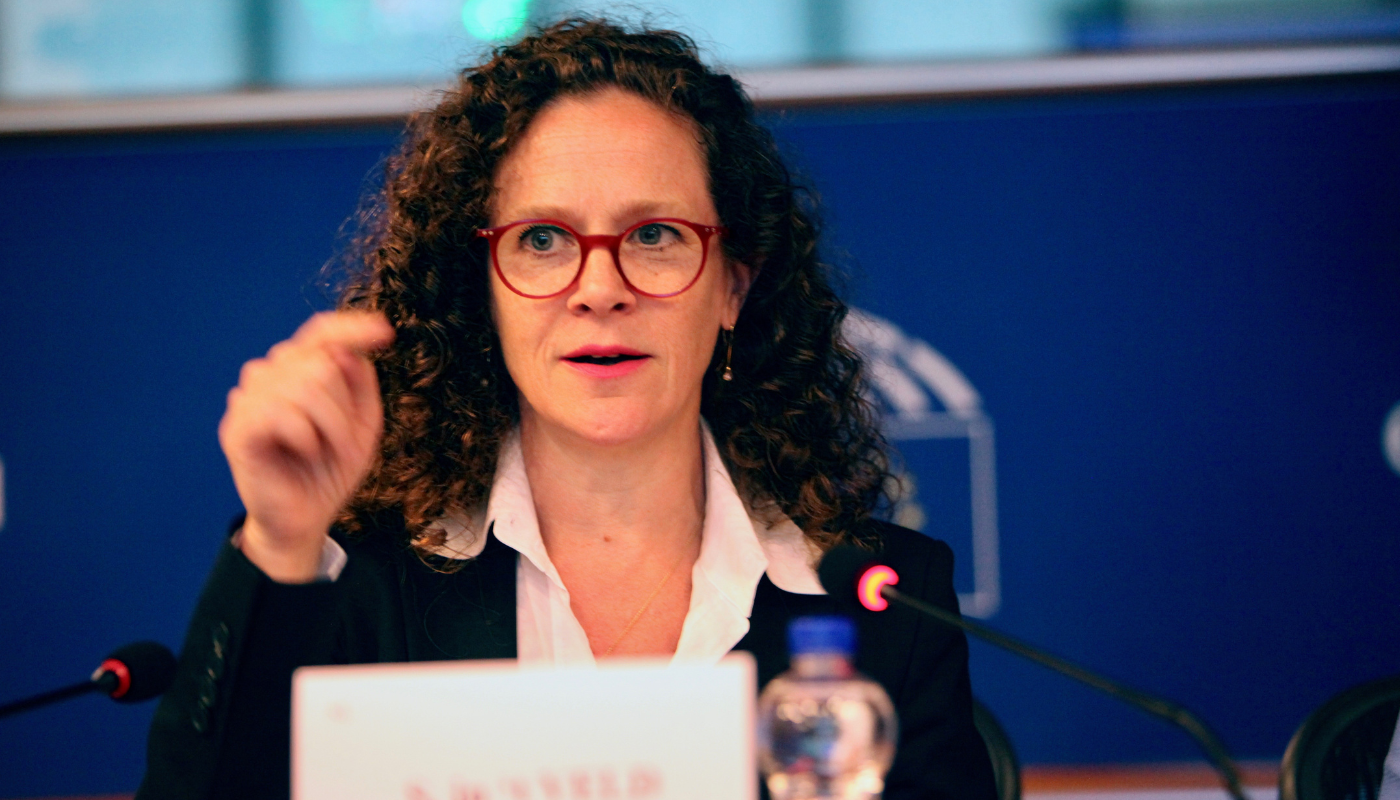 Sophie in 't Veld MEP (D66) denounces the Polish Government’s use of mercenary spyware to spy on, blackmail, discredit, intimidate and manipulate critics and opponents.

Delegates of the European Parliament’s delegation of the Committee of Inquiry to investigate the use of Pegasus and equivalent surveillance spyware (PEGA) visited Warsaw from 19 to 21 September to meet people targeted with spyware, as well as civil society organisations and the Senate’s inquiry committee. Sophie in 't Veld MEP, who serves as PEGA committee rapporteur, is expecting the committee to propose the European standards for the use of spyware.

Speaking at the press conference in Warsaw, in 't Veld emphasized that the Polish ruling party used mercenary spyware as a tool for its authoritarian agenda, to spy on, blackmail, discredit, intimidate and manipulate critics and opponents.

Thw PiS government uses mercenary spyware as a tool for its authoritarian agenda, to spy on, blackmail, discredit, intimidate and manipulate critics and opponents. Their refusal to meet with @EP_PegaInquiry is shameful. https://t.co/lrOdT279dg

She highlighted that the Pegasus spying has been eroding democracy and rule of law in the whole European Union by undermining electoral campaigns and imposing a chilling effect on journalists in selected member states. She also stressed that lack of government’s scrutiny, “an oxygen of democracy”, leads to corruption that affects most vulnerable communities.

"The phenomenon that we are observing now can certainly be called European Watergate. The refusal by the Polish authorities to cooperate with our committees - and therefore the complete lack of transparency - is very worrying,”

For its next fact-finding visit, PEGA committee will travel to Cyprus and Greece to investigate reports of the illegal use of spyware against citizens, including politicians and the media. The final report by PEGA committee rapporteur in 't Veld is expected in November 2022.