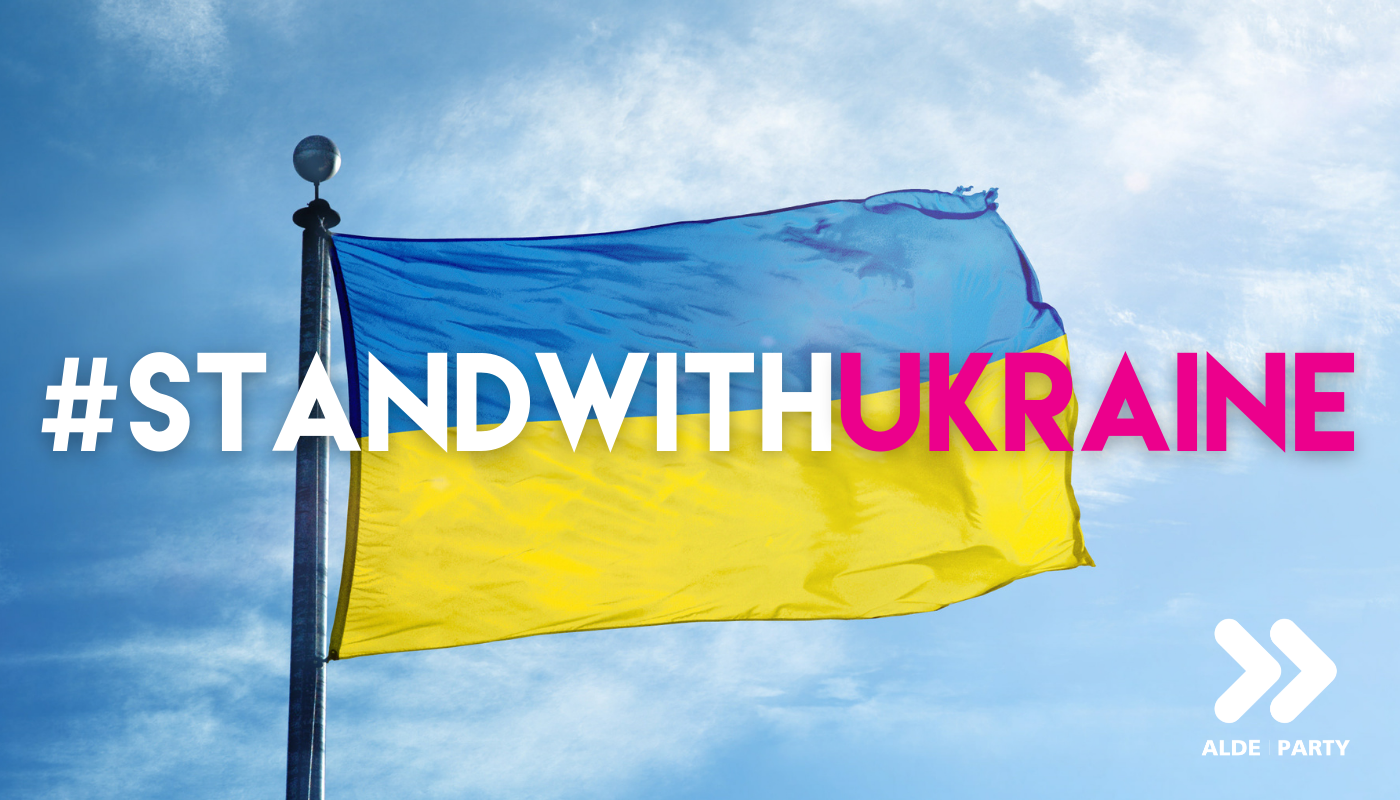 Sign our petition calling Russia to stop war with Ukraine and the EU to implement massive sanctions now!

Today will be a very dark day in our European history books of the future.
After decades of peace, the drums of war can be heard on the European continent.
Putin's war machine invaded Ukraine. Orchestrated by a power-hungry dictator, fueled by nationalist propaganda and with total disregard for civilian lives.

We condemn in the strongest possible terms Putin’s unprovoked declaration of war on a sovereign and democratic country and its people and urge him to stop these moves. We call the European Union and its leaders to strongly respond by imposing massive and targeted sanctions on the Russian Federation, in particular its leadership.

The ALDE Party and the entire European liberal family calls for greater EU support to the democratically elected administration of Ukraine and insist that Ukraine’s sovereignty and territorial integrity cannot and must not be compromised.

We stand firm and in solidarity with Ukraine, the Ukrainian people, and our member parties in the country.

On 24 February, Liberal Prime Ministers will meet and discuss the situation in Ukraine as well as further actions. Sign our petition demanding massive and targeted sanctions on the Russian Federation and help us stand with Ukraine!

1,149 people have joined the protest!

Help us spread the word by sharing the posts below on social media.