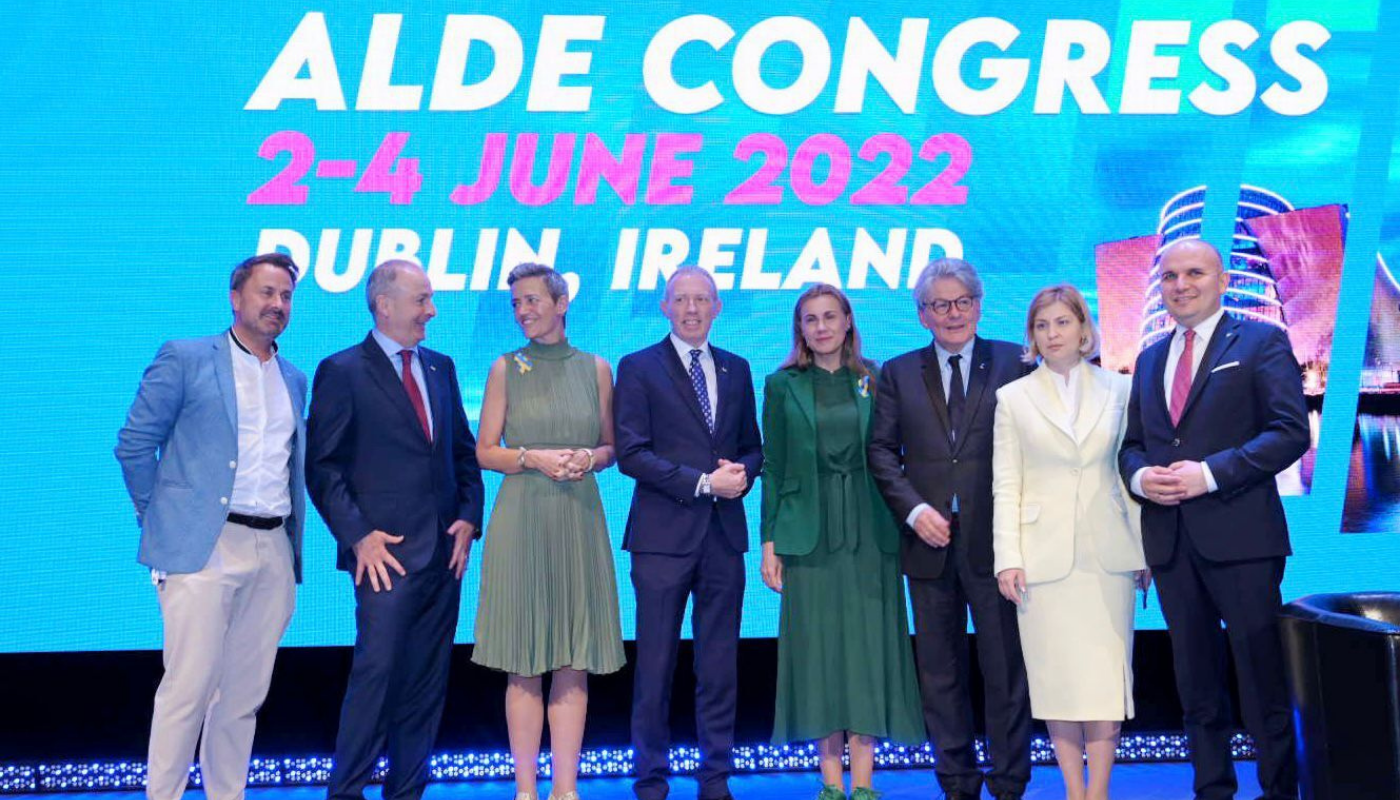 On 3 June, liberal leaders opened the ALDE Party Congress in Dublin with a series of speeches on sustainable energy, Europe’s security.

Dooley started the round of speeches pointing out the importance of the energy transition in relation with the war in Ukraine he commented “Our transition to sustainable energy must happen faster than we thought, we simply do not have a choice.”

Kyuchyuck underlined that at the ALDE Party “we are all with the bravery and the courage of the Ukrainian people and their government” and stated that “this is Europe’s watershed moment”. Encouraging liberals to keep up their support for Ukraine.

Séjourné focused on the successes of European liberals during the last 4 years and predicted that “we will soon live in a world where half of European citizens will be governed by one of our parties,” and added that “we do not want the power for the sake of it, want to be influential to deliver on our promise, renew Europe.”

“We need more Europe, not less,” he concluded.

De Croo started this segment addressing the Congress as a 3D hologram. In his speech he highlighted that “todays cruelty shows that human rights and liberal democracy are not a given.” and that “the war is changing Europe very fast”. He affirmed that “we have the duty to fight populism” and “as liberals we must lead this change all over Europe.”

“With 2 years until the 2024 elections I will say fire yourself up, get yourself together, for the future is liberal,” he concluded.

Martin also talked about the fight to preserve our way of living and European values. Commenting on the invasion of Ukraine he stated that “Putin’s fear is that the success of the European Union will continue to inspire others” and that “Europe will be forged by its commitment with values”.

“If we want the values of a true democratic Europe to succeed, we need to speak up for these values,” he concluded.

Vestager focused on how during the COVID-19 crisis the European liberal democracy has delivered providing medical materials and vaccines for all its citizens regardless of their country of residence.

“This liberal family working with other has make sure that citizens see the fundamental: that democracy delivers,” she concluded.

Stefanishyna explained how the Ukrainian government encouraged its citizens, members and international partners to do what they could to help within their own possibilities. She affirmed that “Every individual effort that you have done investing on our victory is an effort to defend our values.”

“I commend each individual efforts done by the members of the liberal family to stand with us.” she concluded.

He concluded the ceremony explaining how being within the EU helped Luxembourg stop being threatened by its bigger neighbours and start collaborating with them.

🎉 The opening ceremony of #ALDECongress has officially started! Join us live with liberal leaders from across Europe on YouTube ➡️ https://t.co/foASEg4w5t pic.twitter.com/kKdd2HSTtr