At their meeting in Madrid on 9 November 2018, more than 1.000 liberal delegates gathered to prepare for the upcoming European elections.
They agreed to task the ALDE Party President to - in consultation with the Prime Ministers and Party leaders – suggest a Team of liberal leaders for the campaign.

The Campaign Team will be endorsed at an electoral congress to be held in Berlin in early 2019.

“We will campaign on content, on our ideas for a stronger and better EU with a diverse team from all over Europe. European liberals have several strong leaders and we decided they should be heading our electoral campaign as a Team!” said Hans van Baalen MEP, ALDE Party President. 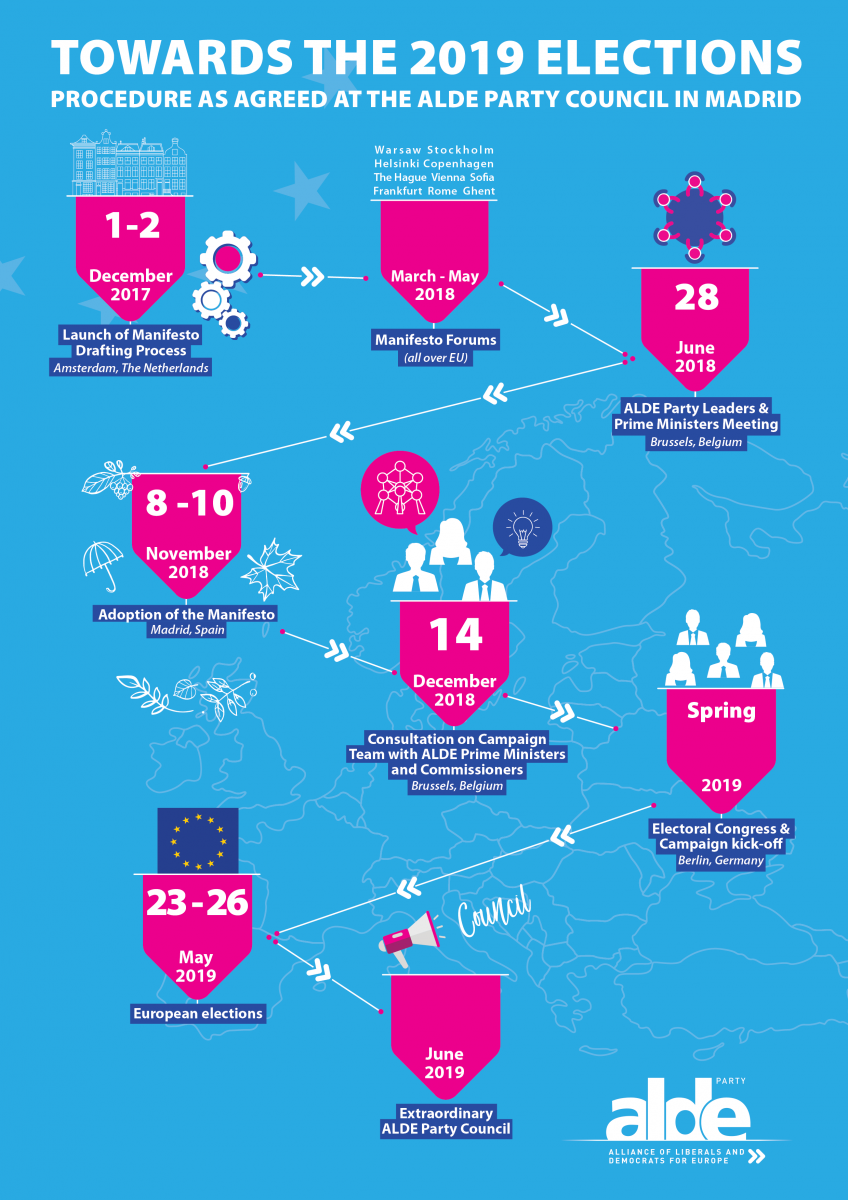