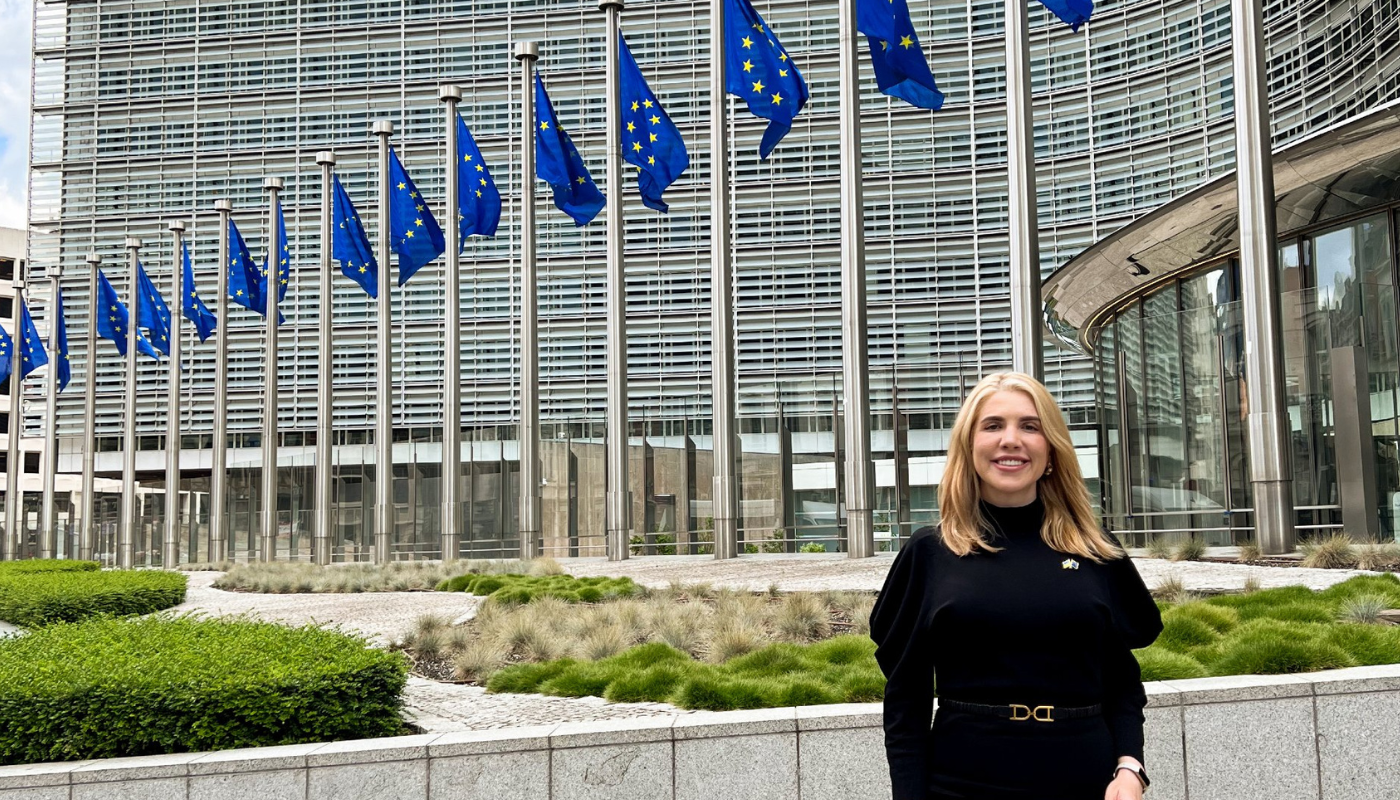 It’s been 4 months since Russian troops started the unprovoked and unjustified invasion of Ukraine. Since then, the EU has taken unprecedented action by passing the most restrictive sanction packages against the Russian government and sending not only financial aid but also arms to Ukraine. On 23 June, the EU took its support further by accepting Ukraine’s and Moldova’s request to become candidates for EU membership.

There is still much to do before Ukraine achieves the next step towards its integration in the EU, but this step is a clear message to Putin and his supporters, Ukraine’s place is as a sovereign nation within the European Union.

Among other Ukrainian liberal leaders, Kira Rudik, Member of the Ukrainian Parliament and ALDE Party Vice President, welcomed the decision from the EU Council in Brussels.

A historical day and historical decision! The #EU Summit confirmed what we had always known: #Ukraine is #Europe. We have gained the status of a candidate country for EU membership. We will join the family of civilized countries, where the highest value is freedom and democracy! pic.twitter.com/sIVTkIqRuO

Sincerely commend EU leaders’ decision at #EUCO to grant 🇺🇦 a candidate status. It’s a unique and historical moment in 🇺🇦-🇪🇺 relations. Grateful to @CharlesMichel, @vonderleyen and EU leaders for support. Ukraine’s future is within the EU. #EmbraceUkraine https://t.co/o6dJVmTQrn

The ALDE Party VP spent two days in Brussels furthering Ukraine’s cause. During her time in the European capital, she met liberal heads of state, European commissioners, and parliamentarians at the Leaders Meeting of Renew Europe Group. She also held a one-to-one meeting with Janez Lenarčič, European Commissioner for Crisis Management, to discuss the largest EU Civil Protection Mechanism programme.

“Our political #family embraces #Ukraine. Its a matter of values and a strategic plan for us. The world changed completely in the last three monhs, and it will change further. The challenges we face are only approachable if we work together. If we work as a team”. @EmmanuelMacron pic.twitter.com/vXdn0DEMY4

Productive meeting with @JanezLenarcic in Brussels.
Discussed the largest EU Civil Protection Mechanism programme. European Commission is coordinating the efforts. We should be grateful for all the aid provided by the member states. https://t.co/QM6NS8MPoz pic.twitter.com/sAVyE015q2

Next week she will travel to Vilnius, Stockholm, Helsinki and Tallin to meet with ALDE Party members. She will also attend the Liberal International Congress in Sofia, Bulgaria, together with ALDE Party co-Presidents, Ilhan Kyuchyuk MEP and Senator Timmy Dooley, and also ALDE Party Vice President Henrik Bach Mortensen.

During these travels she will keep advocating for more support to Ukraine so the country can push back the Russian invader and rebuild.

During its Congress on 2-4 June, the ALDE Party already adopted a resolution supporting granting EU Candidate status to Ukraine and Moldova together with Georgia. You can read the full resolution here.

This is just one of the many actions European liberals have taken to support Ukraine since the war started. To learn more about our activities on this regard you can access our Liberals Stand With Ukraine Hub.

But there is also a lot you, as an individual citizen, can do. You can support us to keep up the good work or donate to a list of organizations to support Ukraine here.