US elections: Liberal Coffee Hour focuses on what happens next

On 3 December, the ALDE Party together with the Friedrich Naumann Foundation hosted a virtual Liberal Coffee Hour on the outcome of the 2020 US election.

With a panel consisting of ALDE Party Vice-President and Director of International Affairs for Momentum Hungary Daniel Berg and András Simonyi, who is a Senior Fellow at the Atlantic Council and former Hungarian ambassador to the US and NATO, the discussion centred on what has happened since the election day and what will happen next. The panellists discussed, for example, potential cabinet of President-elect Joe Biden, his challenges to bring the country together after four divisive years, the lasting effects of Trumpism and the future of the EU-US relations. The role liberal views will play in the coming years on both sides of the Atlantic and how they can act as a guiding principle to counter both right- and left-wing extremisms was also discussed.

In case you couldn’t join us, you can watch the event recording here or below.

The event was also recorded in a visual format (below). 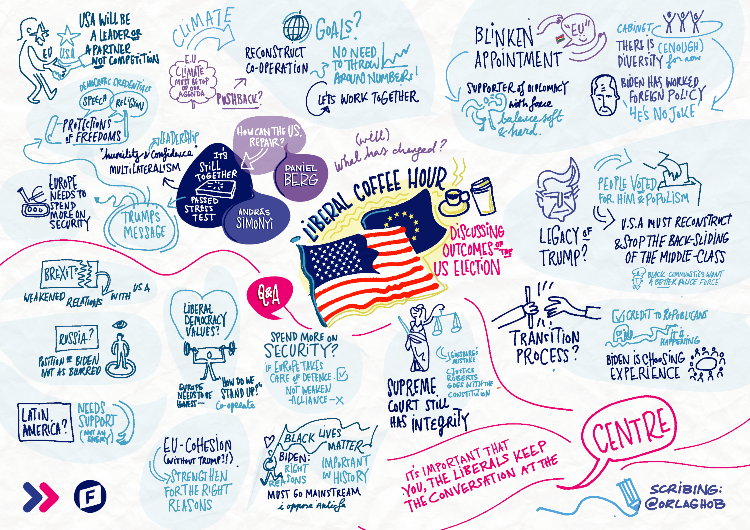