Venstre returns to Danish government as part of new coalition 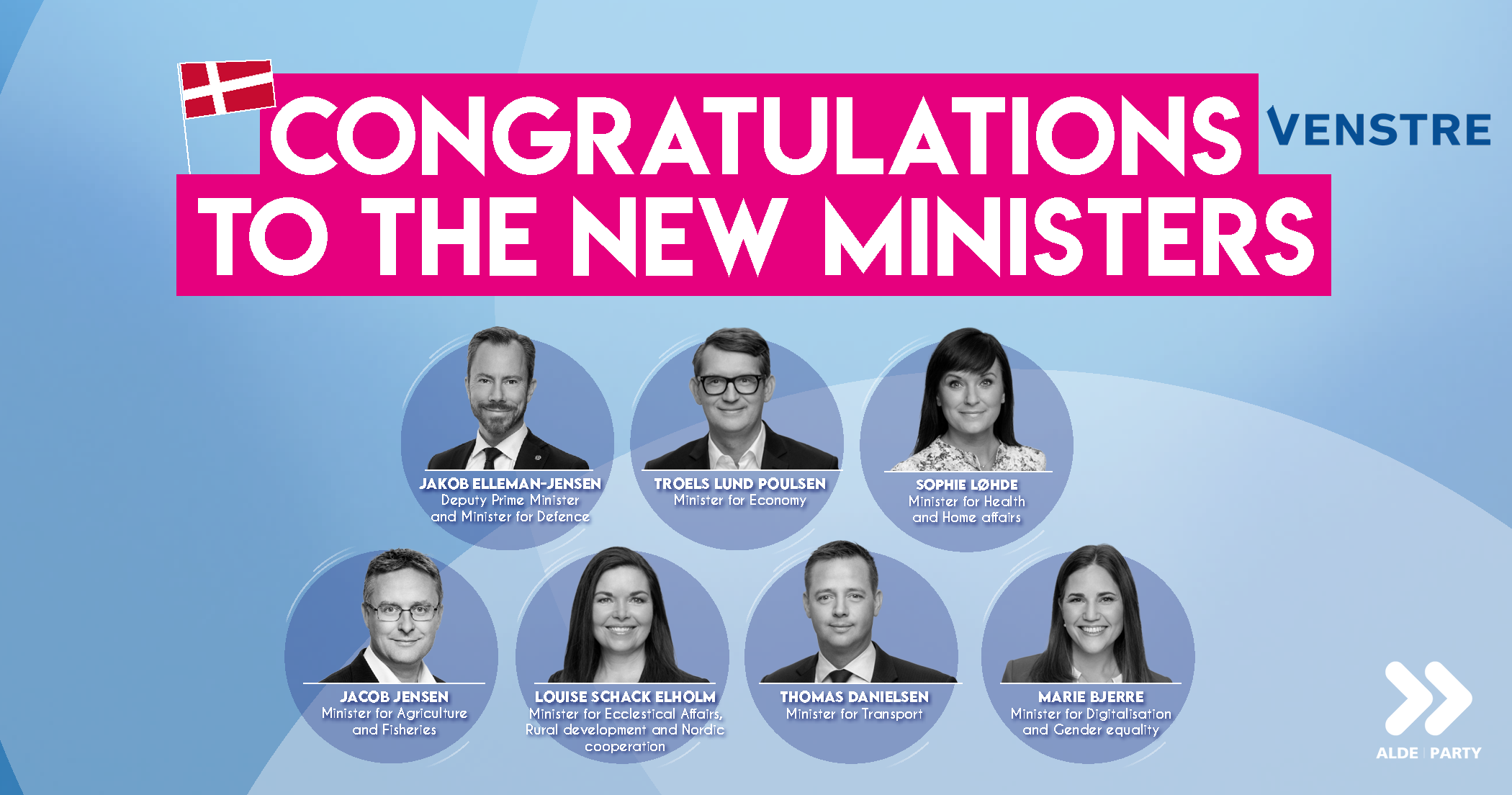 After almost six weeks of negotiations following the elections on 1 November, a new coalition government took office in Denmark on 15 December.

The new centrist government is a majority coalition led by the Social Democrats. It is also formed by ALDE member party Venstre, who returns to government, and the new Moderate party of former Prime Minister Lars Løkke Rasmussen. The three parties took the historic decision to band together and steer the country through what remains a difficult period with war in Europe and the economic crisis.

Venstre has seven ministers in the new coalition government, with party leader Jakob Ellemann-Jensen serving as Deputy Prime Minister and the Minister of Defence. The other Venstre ministers are:

Speaking at the announcement of the new coalition,Ellemann-Jensen accepted it was a tough decision for the party to take, stating:

“I will do my very best to make [the wishes of Danes] come true, because Denmark needs that. And so I hope that the many who voted for Liberals in the election will understand why we went along and took responsibility in a difficult situation for our party and for our country.”

Another ALDE member party in Denmark, Radikale Venstre, won seven seats in the new parliament and moved into opposition.