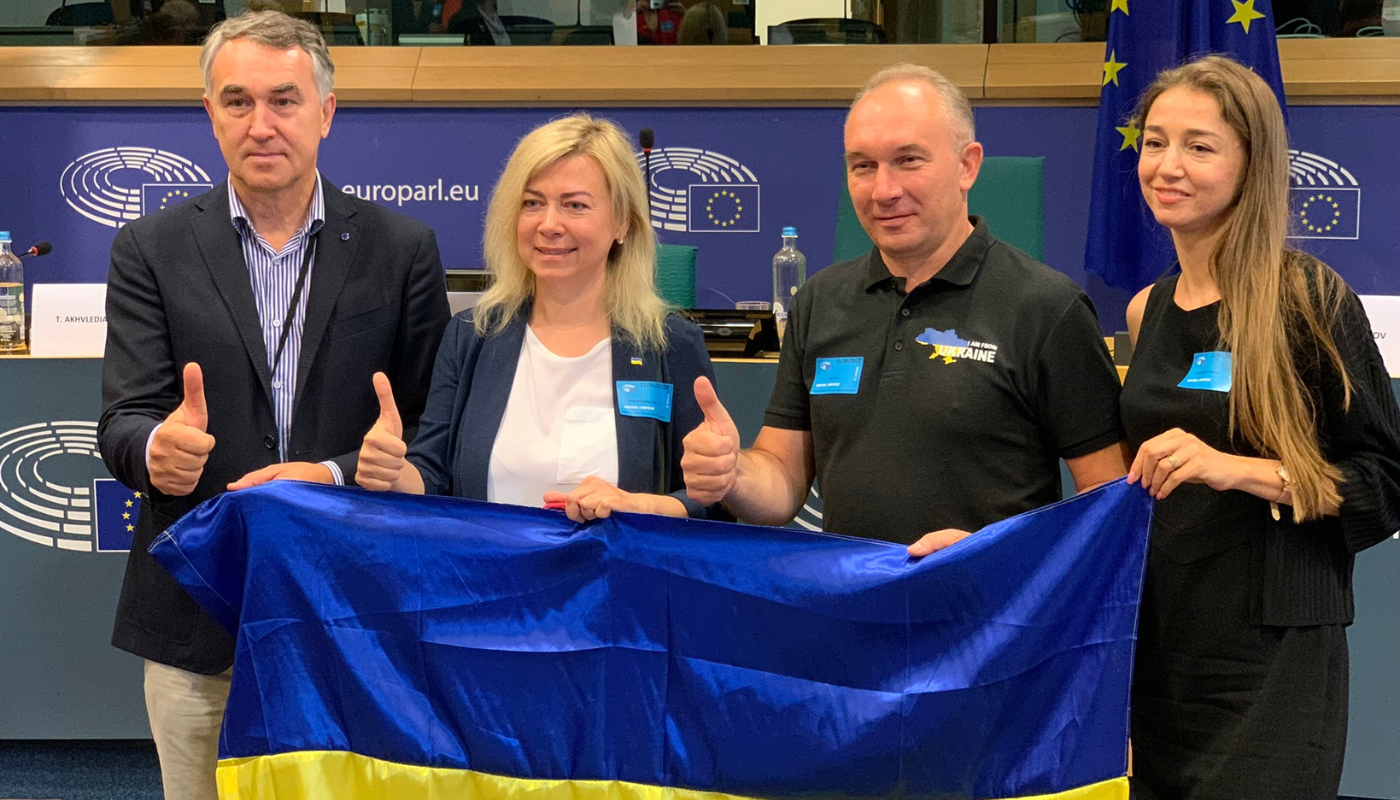 Yuri Bova, leader of Ukrainian ALDE Party member party Syla Lyudey, visited Brussels on 22 June to participate at the Renew Europe Group’s Roundtable on the Eastern Partnership. The event took place as usual prior to the European Council, which was going to decide on EU candidate status for Ukraine, the Republic of Moldova and possibly Georgia.

Bova is Mayor of Trostyanets, a municipality at 35 km from the Russian border and the first occupied Ukrainian municipality by the Russian army at the beginning of the war, where the troops stayed for 31 days.

“The Russians soldiers robbed all shops, wholesale bases and enterprises. They smashed and burned about 80% of our industrial infrastructures, small and medium-sized businesses. They treated the local population very harshly, looted their apartments, confiscated cars and equipment, broke into their homes and confiscated the food. Russians didn’t allow to bury bodies in the cemetery or to deliver food to the city. Our city has been living for a month in such a genocide. Many people were killed and tortured. And in fact almost all administrative buildings were looted and destroyed. After the liberation of the city on 25 March, we started an active movement to rebuild our community, to rebuild our city,” he explained.

Bova took the chance of being at the European Parliament in a discussion with ALDE Party MEPs such as Urmas Paet and Petras Auštrevičius and politicians from other Eastern countries like Moldova, Georgia or Armenia to ask for help to reconstruct his city.

“Today our work is aimed at renovation as quickly as possible of all those facilities that were destroyed and damaged by the Russian military. We are talking about administrative buildings, schools, and a hospital which, incidentally, was shot down by Russian tanks on 23 March. We are also talking about roads, the water supply system and the water treatment system. We have to rebuild and repair it all. What do we expect from the European Union and partner countries? First, maximum support for Ukraine today, because this support is very necessary, support with weapons, which must be taken into the hands of our Ukrainian soldiers. They also need equipment and artillery in order to repel as quickly as possible Russian occupiers on our Ukrainian land. Secondly, we need economic cooperation, we need to rebuild as quickly as possible everything that Russia has destroyed. We need cooperation, a partnership that gets Ukraine and the European Union closer. The spheres of cooperation vary from energy, economy to social and humanitarian issues,” he added.

🇺🇦 Yuri Bova, leader of @sylalyudey and Mayor of Trostyanets, the first occupied Ukrainian municipality by the Russian army, claims for help to reconstruct his town at the @RenewEurope Roundtable on the Eastern Partnership in the @Europarl_EN. #UkraineRussiaWarsly pic.twitter.com/yUBGIE4M1l

Despite of the current situation, today marking 4 months since the beginning of the war, Bova showed optimism on Ukraine’s victory.

“We are convinced that Ukraine won this right [to EU Candidacy status] with weapons in its hands, at cost of the lives of thousands of people, thousands of civilians, military people who today defend the whole world from Russian fascism. And I am convinced that Ukraine will win! And with it the whole Europe will win! Glory to Ukraine! Glory to Heroes!”, he concluded.

European liberals have taken action to support Ukraine since the war started. To learn more about our activities on this regard you can access our Liberals Stand With Ukraine Hub.

But there is also a lot you, as an individual citizen, can do. You can support us to keep up the good work or donate to a list of organizations to support Ukraine here. 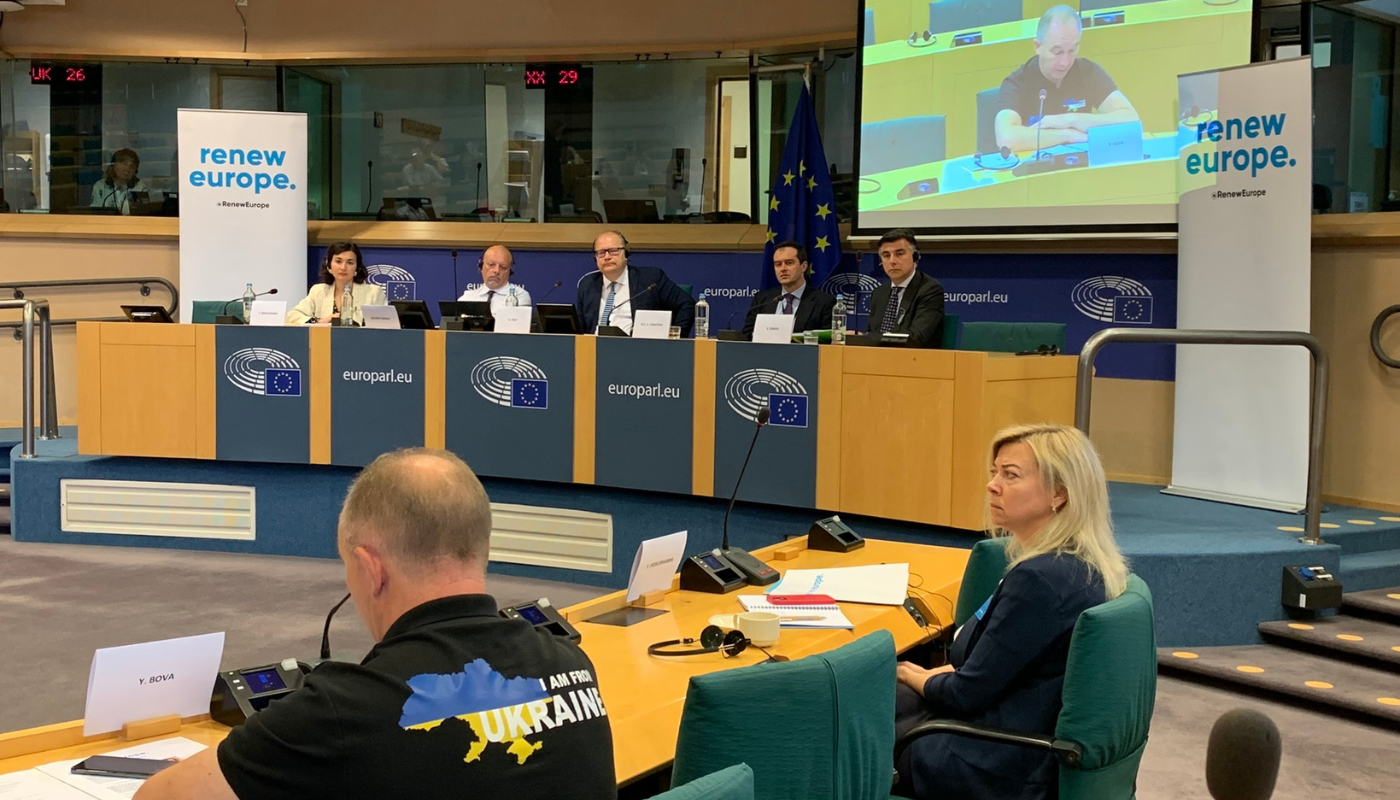