What’s next for the Conference on the Future of Europe? 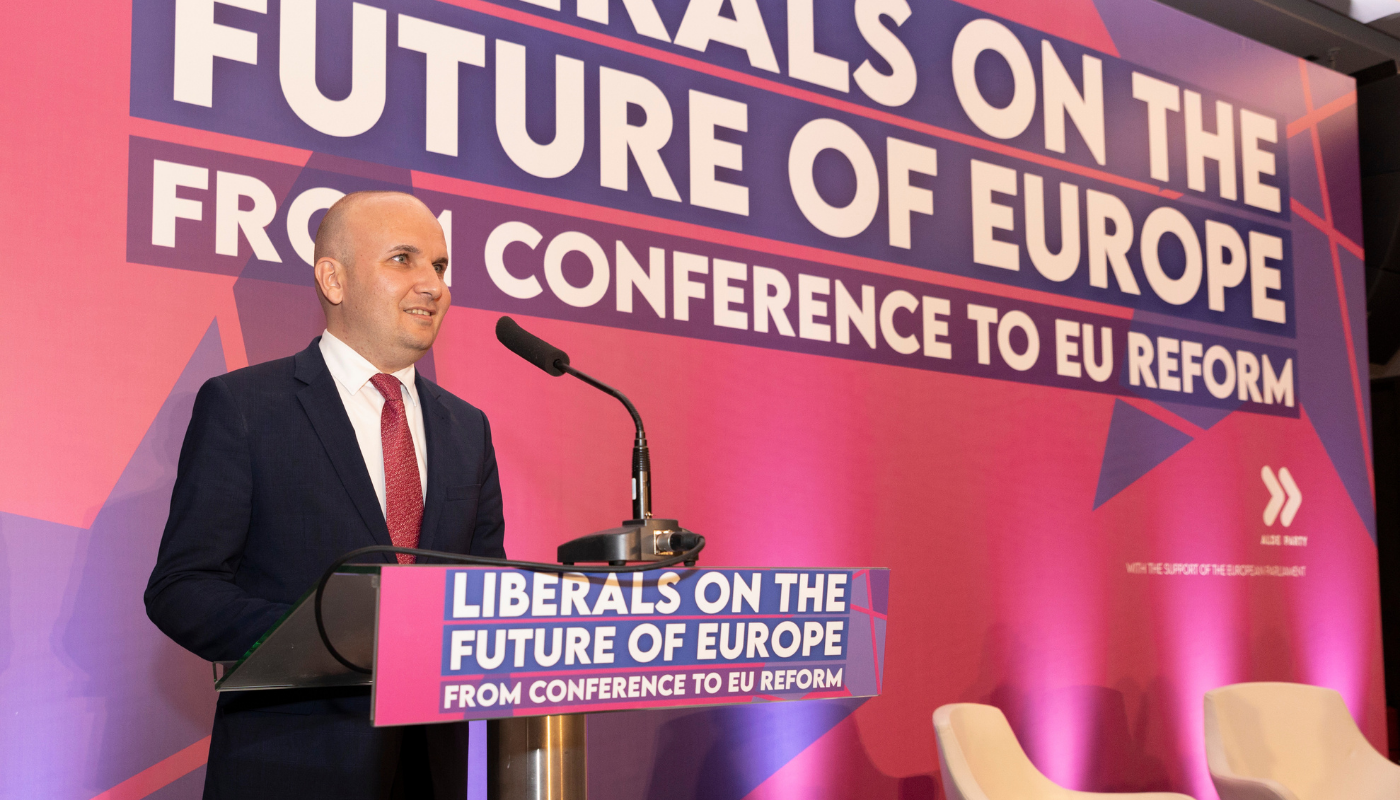 Last week, ALDE Party hosted the event “Liberals on the future of Europe – from Conference to EU Reform” to discuss the next steps following the recommendations of the Conference on the Future of Europe to address key challenges the EU is facing today.

Ilhan Kyuchyuk MEP, ALDE Party co-President, and Mustafa Karadayi, Chairperson of the Movement for Rights and Freedoms, opened the event stressing that Europe needs more unity and integration. They underlined that changing the European Union and its institutions, through several reforms including treaty changes, is key to address the current challenges.

“Enlargement is the best way to break away with the totalitarian past”, Kyuchyuk added.

Stéphane Séjourné, President of the Renew Europe Group, and Filiz Hyusmenova, Board member of the Movement for Rights and Freedoms, had an introductory conversation about the procedures and conclusions of the Conference on the Future of Europe.

Séjourné remarked that it is important to make Europe “more democratic at the grassroots level” to solve the paradoxes and conflicts of the Member States, EU institutions and citizens.

Van Egmond, who has experience as politician and campaign manager at D66, highlighted that politicians should “engage with people more often and ask them what they want”, giving the example of the Hans van Baalen Town Hall meetings organised by ALDE Party.

Dinică, one of the founders of Union Save Romania, called on citizens to engage and make their voices heard as politics are part of our daily life. “I still feel more a citizen than a politician and I don’t want to lose that”, she added while sharing her personal experience.

Holzegger remarked that, while the Conference on the Future of Europe puts youth in the spotlight, there needs to be follow up on the recommendations to really implement them.

Khan shared his views on the proposal for a new European community including democratic European nations that share EU values.

The discussion was moderated by Emil Kirjas, Liberal International Vice-President.

The event took place on 25 May in Sofia, Bulgaria and was attended by over 100 people.

Click here to watch the recording of the event or simply watch the highlights below:

🔴 LIVE now – join us to discuss what’s next for 🇪🇺 after #COFOE at tonight’s special event in Sofia! Watch the livestream here 💻 https://t.co/i2QoiteJn2 pic.twitter.com/VDgE5LW8QX

‘The only way we Europeans can credibly and effectively fight on behalf of democracy is by getting our own democratic act together.’ Listen to the rest of my talk here: https://t.co/WPf6xfODUB