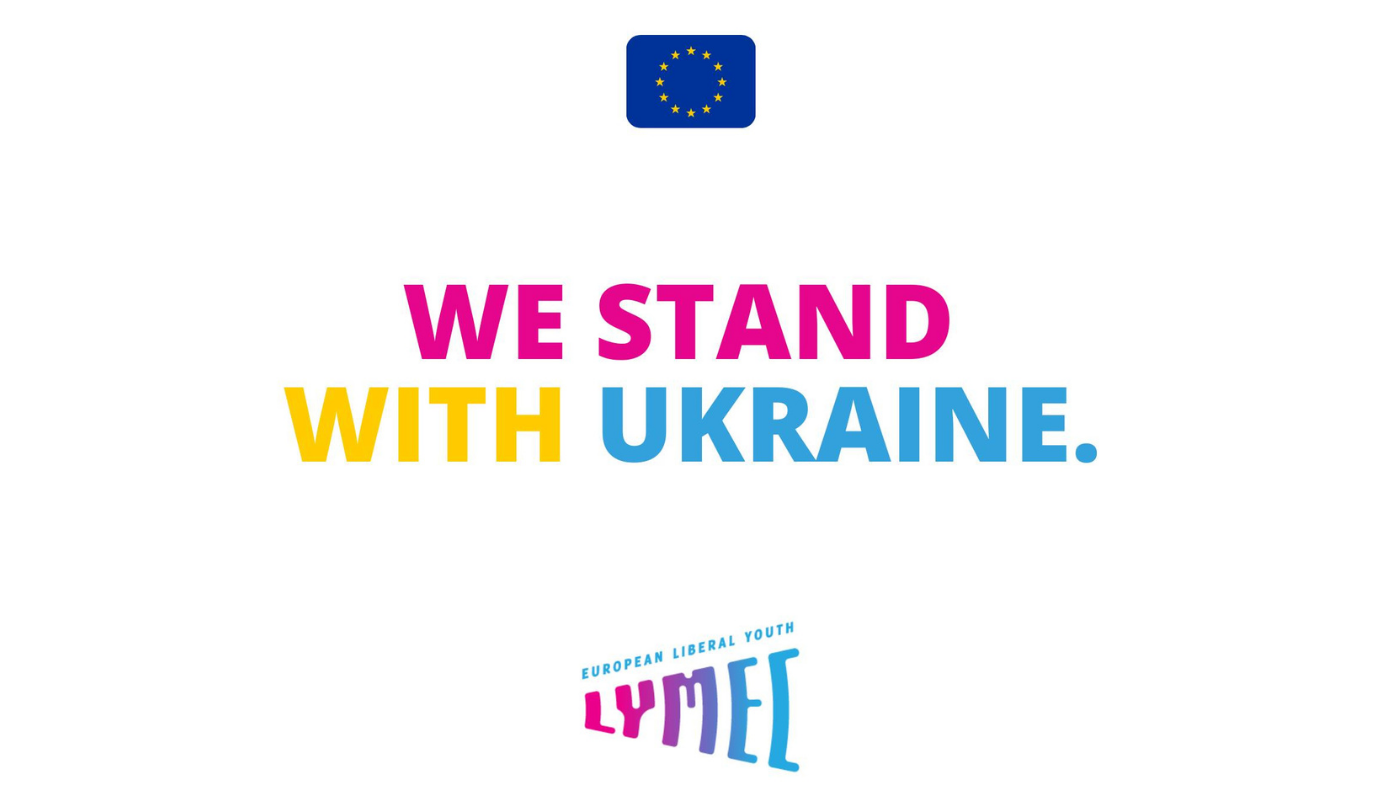 On February 24, what many people thought to be unthinkable happened - Russia launched a full-scale invasion of Ukraine. A war that until this day is ongoing and where innocent lives are lost. The European Liberal Youth (LYMEC), ALDE Party’s youth wing, has since the outbreak of this full-scale invasion monitored the developments and was the first pan-European youth organisation to call for immediate support for Ukraine. LYMEC believes that freedom for Ukraine is essential, but it is also a guarantee of freedom for the rest of Europe. But this freedom does not come without sacrifices, and it rather requires further actions from Europe. To stand up to the Russian threat and show true solidarity with Ukraine LYMEC began with calling and, as of today, still calls on their partners from the ALDE Party and the Renew Europe Group in the European Parliament to support and arm Ukraine.

Furthermore, LYMEC along with its Ukrainian member organisations Liberal Democratic League of Ukraine and European Youth of Ukraine, called on all its member organisations to reach out to their mother parties and governments and demand them to provide Ukraine with military support (including lethal weapons), clearly express their solidarity with Ukraine, and use every diplomatic and political effort possible in order to achieve a de-escalation and peaceful solution to the war. Continuing to arm Ukraine is one way to support the people in their pursuit for freedom.

However, to better understand and explore other ways in aiding Ukraine, LYMEC launched a series of informal meetings called ‘’Voices from Ukraine’’ – a platform for discussions with our Ukrainian members and partners (European Youth of Ukraine, Liberal Democratic League of Ukraine) but also as guests Ze!Molodizhka (The Servant of the People’s Youth, President Zelensky’s party) – to receive first hand reports on the situation on the ground. These events have proven to be fruitful and made it possible for LYMEC to present a list of actions to its partners on what more can be done to help Ukraine.

With the right measures Ukraine can and will win this war, but we need to show that the Ukrainian nation and its brave people are not alone. LYMEC and its members have the ideas and the will to do more in aiding Ukraine and invite the members of ALDE Party to keep cooperating on this important matter and hope that they would further support the calls enumerated above.