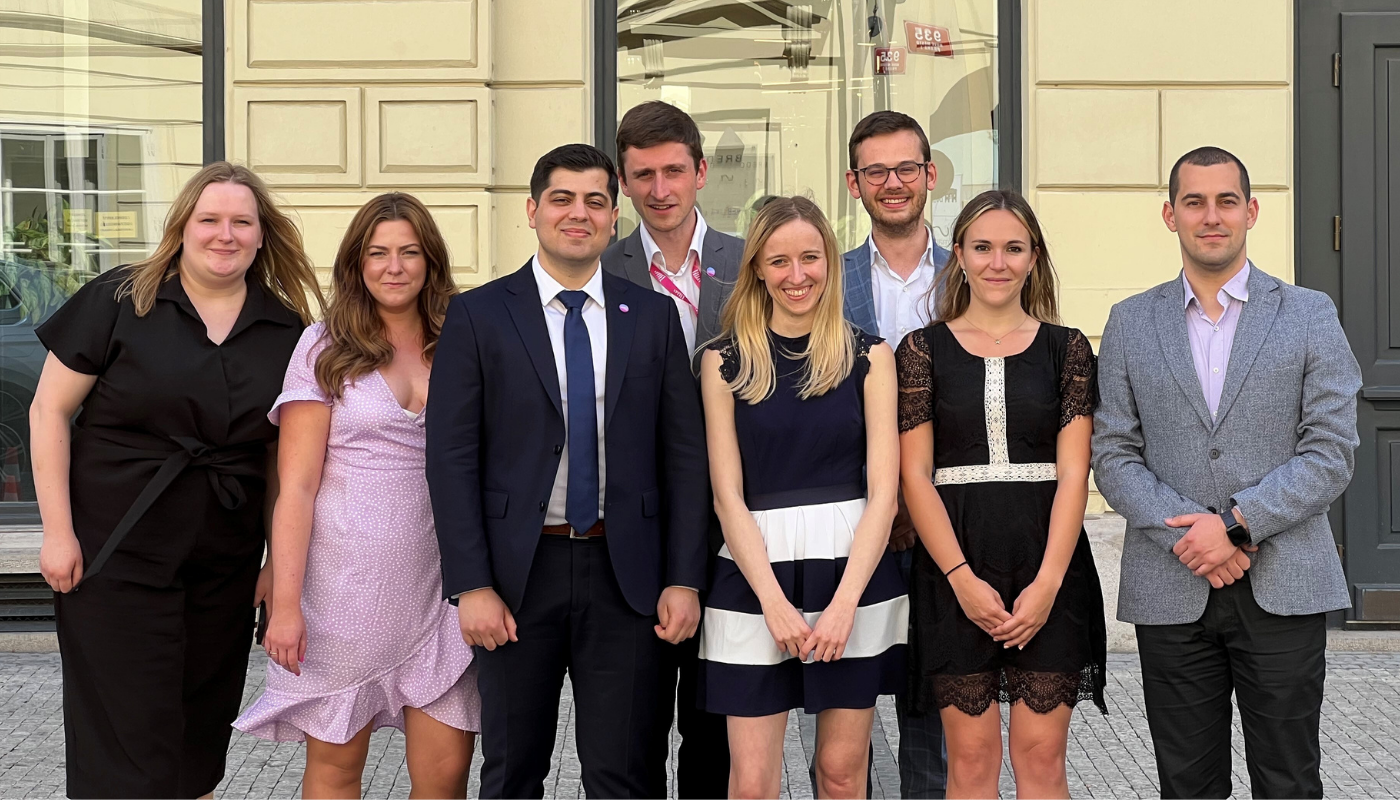 European liberals are gearing up for the European elections in 2024. To take on the mission, young liberals voted for the team that would lead them for the next two years, among other things, during the European Liberal Youth’s (LYMEC), ALDE Party’s youth wing, Spring Electoral Congress in Prague, Czech Republic.

The elections were more competitive than ever, with seven candidates running to become members of the LYMEC Bureau. Each candidate ran a very professional and knowledgeable campaign and we would like to congratulate the following members who make up the new LYMEC Bureau 2022-2024:

Congratulations to the new Bureau and thank you to all candidates! 👏🏽 pic.twitter.com/A7KChFW0FF

THANK YOU LYMEC! 🇪🇺
It is my great pleasure to announce that the Electoral Congress just voted for me as the new President of @LYMEC. I want to thank you all who supported and gave me this amazing opportunity! pic.twitter.com/Ty4ZDDquKl

The event was attended by over 150 people in person from LYMEC member organizations as well as over 90 people connecting online.

Youth are often the voices at the forefront of advocating for societies to improve and advance, to advance and improve, whether on issues of climate change or technology. And as you all know, @LYMEC holds a special place in the #liberal family. pic.twitter.com/jr9JBkj6qw

Congratulations! We are happy to strengthen once again Liberalism within Switzerland🇨🇭 pic.twitter.com/JWkwpHOcdR

Movement for Youth! Latvia is now a full member of LYMEC!🇱🇻

Give a warm welcome to our friends from Cyprus of Youth of Democratic Alignment - Cooperation of Democratic Forces @NeoDepa as newest associate members of LYMEC!💪🏽#LYMECCongress pic.twitter.com/WToJPtrKAT

🎉The congress has decided!

We are happy to welcome Zelensky Youth Party @ze_molodizhka to the liberal family as Associate Members! #LYMECCongress pic.twitter.com/spqH0QoFda

On Saturday night, Svenja Hahn MEP, Ondřej Kovařík MEP and Martin Hlaváček MEP spoke of their plans for the European Year of Youth and the Czech Presidency in a debate moderated by the newly elected President Dan-Aria Sucuri and Markéta Plesníková, President of Mladé ANO.

We would especially like to thank the outgoing President Antoaneta Asenova-Bihlmayer who expertly led LYMEC for the last two years.

Our President @AnnieAsenova kicked off the Electoral Spring Congress in Prague🌟