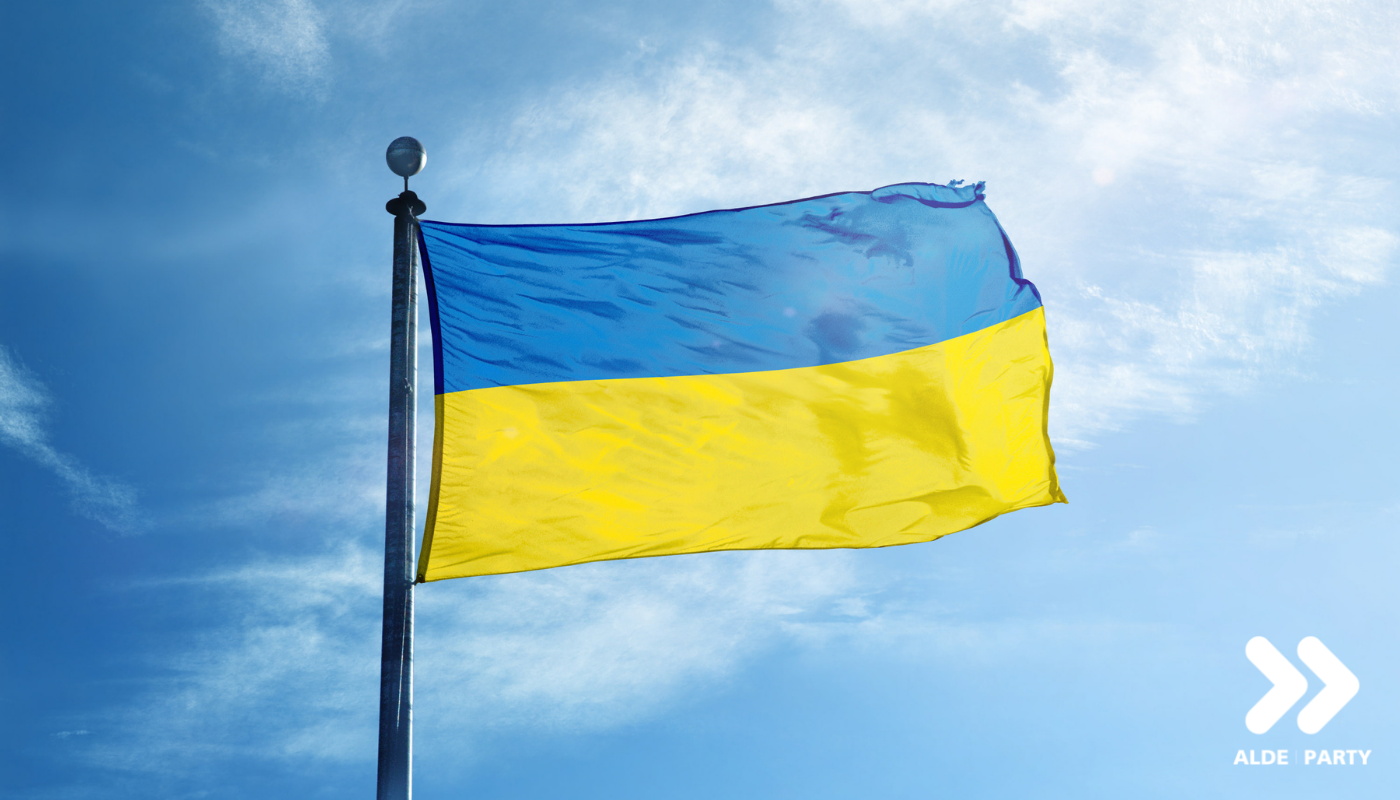 The ALDE Party strongly condemns the provocative recognition of the occupied areas of Donetsk and Luhansk that are part of the sovereign territory of Ukraine.

The unprovoked and unjustified new assault in violation of international law puts in danger the security of the whole of Europe and is a flagrant breach of Russia’s commitments made in the framework of the Helsinki Final Act, the Paris Charter, and the Minsk Agreement.

We call on the global democratic world to impose a swift, massive, and targeted package of coordinated sanctions on the Russian Federation, in particular its leadership.

We also call for greater EU support to the democratically-elected administration of Ukraine and insist that Ukraine’s sovereignty and territorial integrity cannot and must not be compromised. The ALDE Party and the entire European liberal family support the firm line taken by European Council President Charles Michel, and Ukraine’s absolute right to determine and pursue its own democratic future and perspectives towards the European Union and NATO.

We stand firm and in solidarity with Ukraine, the Ukrainian people, and our member parties in the country, during this difficult moment in our European history.

The recognition of the two separatist territories in #Ukraine is a blatant violation of international law, the territorial integrity of Ukraine and the #Minsk agreements

EU and its partners will react with unity, firmness and determination in solidarity @ZelenskyyUa @POTUS

Across Europe, ALDE Party members have spoken out in condemning Russia’s actions and joined in liberal solidarity with Ukraine. You can find a selection of some of the member party statements below.

"The announcement by President Putin yesterday that Russia was recognising the separatist regions in Ukraine, crosses a line. Ireland stands in solidarity with Ukraine. The Chancellor and I will discuss the European Union's response, which will be robust." @MichealMartinTD pic.twitter.com/a9JmWCqQKt

#StandwithUkraine how we understand it. Deputy leader of our party @RemiSimasius on visit to Kyiv. 🇺🇦🇱🇹🇪🇺 https://t.co/lHE2gT7tsB

During the last meeting of the ALDE Party Council, delegates passed the resolution in the light of mounting signals of the planned Russian invasion. Since 2014, we have repeatedly condemned the continued annexation and occupation of Crimea and aggression in East Ukraine by Russia. Speaking at the Hans van Baalen Townhall event in Rome in December 2021, Olga Stefanishina, Deputy Prime Minister for European and Euro-Atlantic Integration of Ukraine and member of Sluha Narodu, an applicant for ALDE Party membership, reminded us about her country’s commitment to be part of the peaceful European environment despite the war waged against them by Russia since 2014 and the subsequent suffering and sacrifice of the Ukrainian people.