About Liberals Stand With Ukraine 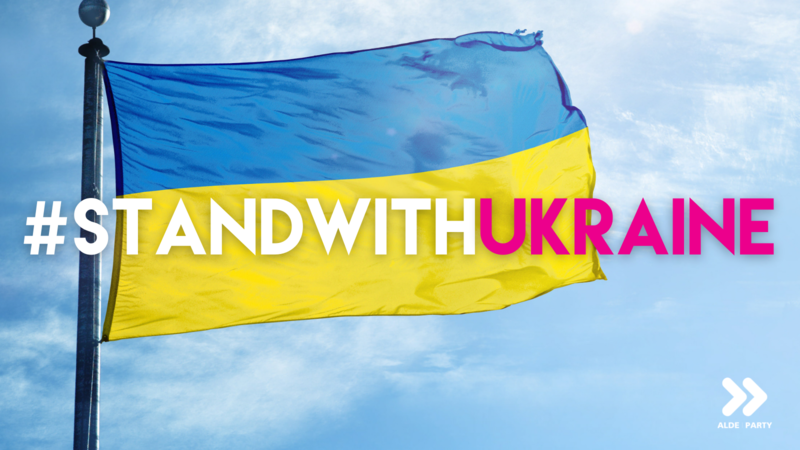 On 24 February, President Putin’s started an unprovoked and unjustified military aggression on Ukraine, a deplorable act on a sovereign, democratic and pro-European country, and against our liberal values that we hold so dearly. The ALDE Party and its member parties stand united in condemnation and rejection of these actions.

On the same day, ALDE Party launched a petition calling for Putin to stop war and to stand with Ukraine and its people. We also called for massive and bold sanctions against the Russian government for these actions. The petition gathered more than 1.000 signatures.

On 28 February, ALDE Party leaders met in an extraordinary meeting to discuss the situation and proposed to grant temporary affiliate status to Servant of the People (Слуга народу/Sluga Narodu), the party founded by Ukrainian President Volodymyr Zelenskyy.

Furthermore, we have partnered with the Promote Ukraine association to provide funding to support Ukraine on its fight for freedom. Find out more and donate here.

Our member parties and liberal leaders have shown solidarity and action since the beginning. From the local and regional levels to the European level as well as on the frontlines in Ukraine.