Exclusive sneak peak into the first ever AOH Summit!

The Alliance of Her is ready to host its first ever Summit, where alumnae and allies of this pioneering and highly successful program will be gathering to celebrate their shared journey so far. Find out more on what’s going on, who will be there and what the future has in store for the Alliance Of Her!

We believe when women are equal in power and decision making, their leadership is valued, and when more liberal women in politics can thrive, only then can we achieve a truly free, open and prosperous Europe for all.

The Alliance Of Her is an influential community of courageous liberal women and their allies that disrupts the unjust status quo, dismantles barriers that hold women in politics back, and arms itself with the resources knowledge and tools to realise our political ambitions.

What a journey so far.

More than 130 ambitious, talented, courageous and inspiring women have participated in The Alliance Of Her Academy since its first class in 2016. Alumnae are now represented in decision making and political life across Europe at all levels. Building on the success of the European Women's Academy, the program has become more ambitious, seen more impact, and inspired more to join with its mission to ensure liberal women across Europe lead and succeed.

With an expanded academy program, a record number of applications for the Class of 2022, more opportunities for alumnae, and greater influence on public and policy debate, The Alliance Of Her is fast emerging as the leading platform of its kind in Europe.

During the summit, attendees will hear from: 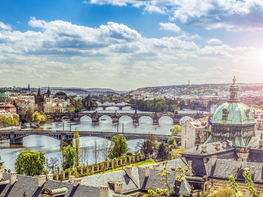