On 5 October, Turkish President Recep Tayyip Erdoğan announced the opening of Varosha beach to the public ahead of the presidential elections in Northern Cyprus. The beach is an abandoned part of Famagusta and only recognised by Turkey. Throughout the years, it has been the centre of numerous disputes.

In a response to Erdogan, President of Cyprus Nicos Anastasiades expressed his concerns in a letter to ALDE Party President Hans van Baalen mentioning the breach of several United Nations Security Council Resolutions and the Turkish provocations. In his response, van Baalen underlines his support to President of Cyprus in the Varosha case and condemns the violation of the Exclusive Economic Zone. Van Baalen stands by Cyprus and supports President Anastasiades.

Varosha is located in the Eastern part of the Cypriote coast and has been sealed off since the Turkish military invasion on the island in 1974. Since then, a United Nations Buffer Zone marks the frontier between the Turkish and Greek part of Cyprus patrolled by UN Peacekeeping Forces.

United Nations Secretary-General Antonio Guterres as well as High-Representative of the European Union Josep Borrell have expressed their concerns about these recent developments.

High-Representative Borrell stated: “The EU underlines the importance of the status of Varosha, as set out in relevant UN security council resolutions and will continue to be guided by these resolutions.”

You can read the letter addressed to ALDE President Hans van Baalen below: 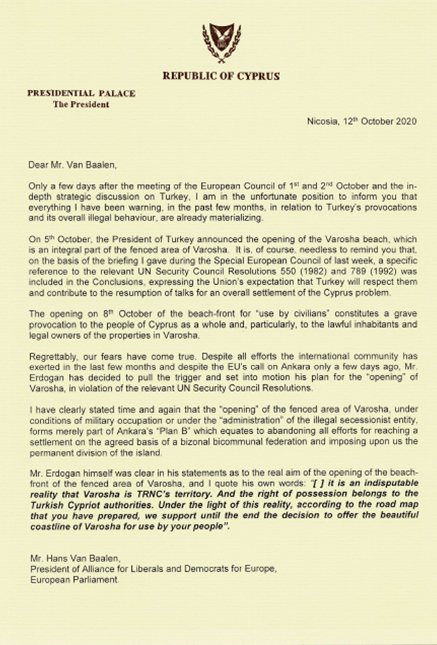 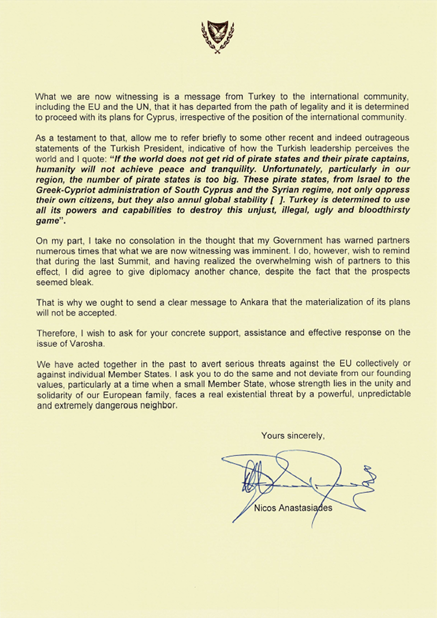